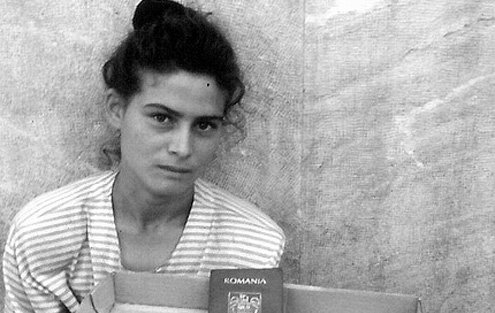 Dario was seeing this — she lowered her voice, "this Romanian..."
M

y friends and I used to play a game with Chinese fortune cookies. After reading our fortunes aloud we would add the words, “in bed,” giving the generic philosophies whole new meaning. We laughed like crazy, and who wouldn’t — with phrases such as, “Any rough times are behind you… in bed?”

If sex has the power to transform banality into hilarity in a cookie, just think what it can do to a country. Italy’s recent surge of anti-immigrant sentiment is no laughing matter, yet the fact remains that whatever Italians think of foreigners, everything changes… in bed.

Scene of encounter: The Gilda nightclub.

Anna was huddled at the bar with her girlfriends when she spotted him. His crisp white oxford shirt stood out from a sea of black, glimmering under the strobe lights. They locked eyes as one song ended, the hammering bass line blurring into the synchronized trills of the next one. Dario sent his friend away with a cock of his head and ran a hand through his sailor haircut, adjusting the tuft in front in time to the music in a failed attempt at subtlety. Male vanity is always cute… in the beginning.

They yelled introductions over the music and danced in place for a few songs, taking each other in through the lens of several cocktails and the intrinsic desire that goes with a Friday night out. They exchanged numbers outside the club as they parted. He called the following Monday, and so began a quite typical courtship: an aperitivo on Tuesday, dinner on Thursday, dancing on Friday, and they woke up together on Saturday. They spent a week apart after that, as his job with the coast guard kept him on strict shifts, or so he said.

“I’m in the control center,” he explained. “They notify us from the Coast Guard in Sicily or Naples and we coordinate the operation from here. Did you see the paper on Wednesday? Twenty-two Albanians washed up on the shore. I mean, we don’t want them, but we can’t just let them drown.”

Anna was shocked and intrigued by his work. It seemed at once heroic and cruel. Whenever she read about immigrants cramped into such conditions, her first response was pity. She never really gave it much thought after that, figuring he knew what he was talking about. She’d never thought about immigration, but it was true: Italy is a small country. There isn’t room for everyone.

She called him the following Friday and the phone rang and rang. She texted him, asking what he was up to for the weekend. He said he’d call on Sunday, and did. They met up for a coffee and went back to her place. He was clean-cut in jeans and a button down, twinkling eyes and a sweet smile. She put on some lacey underwear and hoped to wow him. He responded with appropriate enthusiasm and they spent the afternoon in bed. He invited her to spend the weekend in the mountains with a couple of his friends the following weekend. She gladly agreed, and spent the next few days dieting and searching for just the right pair of boots.

They spent two days skiing and drinking local wine. His friends, Francesco and Barbara, took to her immediately.

“Thank god you finally found a normal girl!” they joked. “You can actually present her to your parents!” They clinked their glasses and exchanged a glance.

Anna’s puzzlement didn’t last long. In the bathroom, Barbara stood at the mirror, adjusting her low-rise jeans, “Dario was seeing this —” she lowered her voice, “this Romanian, Adina. I mean, she was beautiful, and really, you know —” once again lowering her voice, “free. She would do anything…. but you know, it wasn’t serious.”

Anna returned to the table troubled. Dario grabbed her face and planted a kiss on her forehead.

“My mom is coming up from Bari to go to the opera. Should I get you a ticket?” Her fears melted away.

The call came on Wednesday.

“Anna?” An accented female voice. “I saw this number on Dario’s phone…”

“I should ask who is this?” the girl insisted. “Dario fell asleep last night and I saw your messages. I’m Adina. His girlfriend.”

Anna paused, certain she was mistaken. “Dario the coast guard?”

Anna hung up and speed-dialed Dario.

He denied nearly everything.

“We went out twice. She’s obsessed! You know how they are — I have a really good job. I might have seen her for coffee a few times… just to talk—”

He laid on his defense thicker than peanut butter and Anna swallowed it in gulps.

She met his mother the next weekend, the whole family at Christmas. They moved in together in the spring. He still works long hours, even the night shift occasionally, and sometimes she’s lonely.