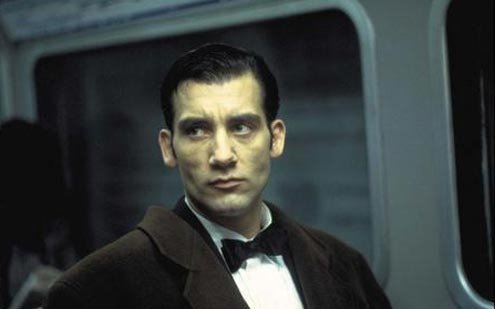 he Czech film renaissance had World War II to thank for situations that allowed directors, in this case Jirí Menzel, to insinuate potshots against Soviet-era authoritarianism. In “Closely Watched Trains,” a slight black and white gem that won the 1968 Best Foreign Film Oscar, stationmaster apprentice Milo Hrma (Václav Neckár) wants to lose his virginity. He makes various bumbling advances at Masa (Jitka Bendová), a flirty conductor, but repeatedly flubs it. He must also endure the ribald antics of his boss Hubicka (Josef Somr), who has no such problems. Milo eventually manages to bed Victoria, but lo and behold she’s a Resistance fighter. Suddenly the joyous Milos is drafted into a plot to blow up a Nazi train.

The story is innocent, funny, and superficial enough to make politics seem like an afterthought. What’s a bit more subversive is the idea that good sex (or just sex) is lubricant enough for Milos to do something with his life. Blowing up the train is both love’s labor and rite of passage. Though director Menzel vehemently denied he was protesting anything, the fact is that Milos gets a sense of purpose from the Resistance, whose comic accidental agent he is. Insidious is the word.

Mike Hodges’ “Croupier” (1998), about the human cost of gambling, is equally insidious, though its characters are far better rounded. It’s a little jolt of a movie in which Clive Owen captures London on the skids. He’s Jack Manfred, a struggling writer who uses his gambler father’s connections to get a part-time job as a croupier. He doesn’t count on getting hooked on its shady side. As his relationship with his elegant girlfriend collapses, he meets and falls for Jani (Alex Kinston), a South African huckster with an involving casino scheme. Keyed up and vulnerable, Manfred loses his grip.

Hodges, who directed the original “Get Carter,” is in full control of the tempo. Manfred is stuck between using and being used, with Hodges tracking the ambiguity. Owen demonstrates both the bluster and the blues that Hodges likes to tease out of his London losers. “Croupier” is among hundreds of lost-in-the-shuffle titles worth snaring at all costs.

“Dog Day Afternoon” (1975) was hardly lost in the shuffle. Sidney Lumet’s ripped-from-the-headlines movie couldn’t have had a higher profile, often a disastrous recipe. Not here. The story itself could have been propaganda movie for “Murphy’s Law,” if most of it weren’t true. On a brutally hot New York day in August 1972, Sonny Wortzik and sidekick Sal fumbled into a Brooklyn bank hoping to steal enough money to finance a sex change operation for Sonny’s lover. Once inside, the amateur duo finds cashless tellers, is flummoxed by eight hysterical hostages, and is soon surrounded by hundreds of police and FBI agents. In what amounts to an early episode of reality TV, Lumet flirts between black comedy and the absurd.

Al Pacino is Vietnam vet Sonny in a command performance that prizes equal doses of vanity and panic. Sonny’s a nice guy, and so is partner Sal (John Cazale). But when Sonny (who’s married) gets cheers from gay activists and pleas from his mother, he knows he’s on stage and behaves accordingly.

Lumet intuitively senses that confusion, chaos and even celebrity are all part of the same porridge. Neither Sonny nor the police want to fight it out (a 21st-century remake might have SWAT teams charging) so the story is nourished instead by character insight. Pacino, Cazale, the hostages and Police Detective Moretti (Charles Durning) do most of the grunt work in this tragicomic standoff. Most interesting is the Stockholm syndrome alliance between Sonny and his captives; they don’t want to let him down. It’s funny, sad, and unique. Frank Pierson (“Cat Ballou,” “Cool Hand Luke”) wrote the screenplay and deservedly picked up an Oscar.