Sex and the (numbed) city 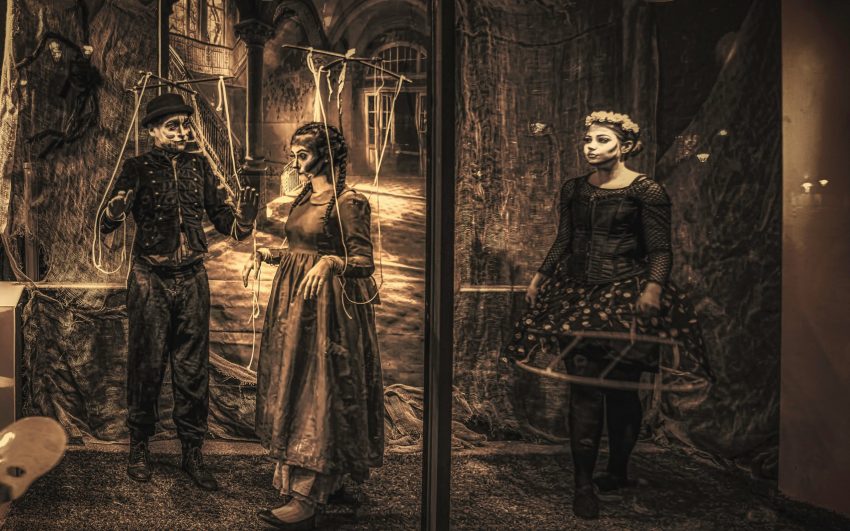 Will fear of a virus spell doom for the future of romance?
I

’m new to this — and by that I mean writing, not escort work. If I could count my escort years on a journalistic ledger, I’d probably be editing this magazine — and by that I mean no offense to the editor who was nice enough to let me express myself while Katrina Kent takes some time off to make even more money. Bless her.

Like Kent, I’m English, but it only gets worse from there since I’m originally from Glasgow. Only a puddle of years in New York before the virus hit brought my English into line with the kind most of you who claim to speak English manage on a daily basis. Compared to what I grew up with, both Londoners and New Yorkers sound monotonous. The men can’t even moan with any sort of conviction.

I’m driven to say all this because of what I saw in New York. If anything shocked me, New York did. I saw a usually vibrant, cut-loose city afraid of nothing knocked back on its haunches. I felt a vibe so uneasy, so timid, so self-conscious and uneasy I felt — and this was a first — that I should get on the first plane back to London.

We all know there’s been a virus and people died. We all know fear’s been the name of the game and masks and social distancing now play a critical role in daily city life. But what I felt in New York, even among male clients that once seemed invulnerable, was shocking. These people were genuinely afraid. They asked about my vaccinations, about my testing, worried out loud in ways I’d never heard before about “risking their lives” by seeing me.

The clients weren’t the only ones.

My cousin teaches literature at a community college in New Jersey. He’s very much a card-carrying member of what Donald Trump and others call “the cancel culture,” which basically amounts to a kind of retroactive apologia for hurts committed against people of color, against women, against anyone entitled white people think they might have harmed over the last two centuries ago (excuse my cynicism). He told me he’d been asked to return to in-classroom teaching but had declined.

“Too risky. I don’t know what they have or what’s out there.” Verbatim.

He went on to tell me the virus had done one good thing: eliminated professors hitting on female students since social distance and overall wariness wouldn’t allow it.

All this dread scared me a thousand times more than the virus itself.

Here were real live cheating men, rich men, sexually proud men, wimping out in a way I had not foreseen.

Forget the virus. This seemed to me like an epidemic of timidity and self-doubt of the kind that maybe hit the British Empire a century ago when it began shedding colonies one after another.

Sure, I saw a few clients, the brave ones, but their behavior was unglued. A couple of them wanted take-out when restaurants, which they know I love, had reopened. One made tentative love to me only to start crying about how things had gone sideways. “My quality of life is out the window and even my wife and kids are scared.” Again, verbatim.

I was turned from escort into shrink. I spent eleven days looking at a city that, on the surface, was back to traffic and noise but inside seemed somehow eviscerated, male and femaleness with it. No one, and I mean no one, felt at ease.

To one guy I’ve known for a decade, I made the mistake of suggesting a virus, like any crisis, required at least some kind of stiff-upper-lip response. He all but called me an assassin, told me about half-a-million dead Americans, and left me sitting alone at a hotel lounge table. Worse still, none of the mask-wearing men nearby even thought to hit on me.

The worst is over. Really. Many people are on the move again. So what was it about New York, which after all lived through 9/11, that wants so much to stay stuck in fear gear? What’s the problem with optimism? Why can you put a war behind you (my granddad did) and get on with life — but not a virus, because, in your mind, it might still sneak around the corner and kill you? Even if, excuse me, you’re forty-something and in great health, which means the chances of the thing slaying you are less than minimal.

I’ll be honest: in the two weeks I spent in New York in mid-September (hell itself to get there) I felt infected, but not by any virus. I was contaminated with a mood of dead-endness that I really thought I’d never feel in America.

Okay, I know, I’m just a sex worker — for some of you, lower than the low. I’ve spread my legs and let my kisses drift with a willful eye to personal gain, no more, no less.

But I’m also human, a woman, and I get a very, very bad sense about what this standoffish aftermath, in which the virtual rules all, will do to how men and women, men and men, women and women, make inroads (and love) to and with each other — for money or for free.

So yes, I’m back in Glasgow to visit with my pop, who says, “Screw the virus.”

This virus isn’t polio but it’s behaving like it. It paralyzes emotions. Polio at least brought out a fighting spirit, or so I’ve read. The virus isn’t. The spirit is all about backpedaling, revising, reinventing life and accepting its diminished quality. Except it’s the people of the country, not the virus, who’ve diminished their own quality by making constant worry, constant trepidation (I’ve been waiting to write that word down since I was twelve) into a very big part of how they define their lives.

I had one client who only took off his mask to penetrate me and get his fill of oral sex. My cousin’s daughter, eleven, saw me leave the house in New Jersey without a mask and warned me that I needed to be “safer” if “you want to not be sick.”

There was once a story about Lady Astor who sailed with her husband on the Titanic. When told what had happened, she’s supposed to have replied, “Oh my, I ordered ice but this is ridiculous.” Though the story is probably all myth, it somewhat sums up what I felt in New York, but minus the humor. A crisis that needs cool heads and a little bit of wryness got craziness instead, and has turned into a life-wrecking game-changer, and oh how Americans secretly adore reverting to Puritanical ground rules.

At least my cousin can rest easy. He can now tell his daughter the mask-averse wicked witch is gone, her don’t-distance-me spirit with her.

So yes, I’m back in Glasgow to visit with my pop, who says, “Screw the virus,” though most of you wouldn’t understand him. And know what? I feel safer than I did in New York.

— Katrina Kent is on leave through early 2022. Veronika Nomad is among several writers who will fill in for her.

About the Author: Veronika Nomad

Veronika Nomad is the assumed name of a Minsk-born, Milan-based writer and escort who spent two high school years in Tampa, Florida before dabbling in economics at Moscow State University — after which she succumbed to the allure easy money. Her identity has been verfied,