Sex and the fibber 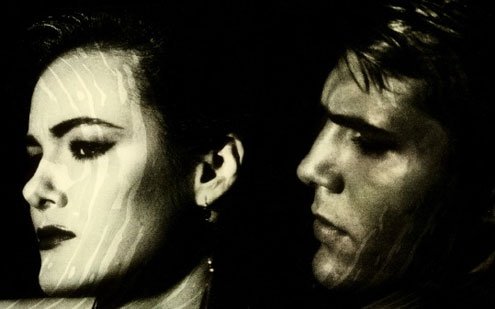 oys will go to great length to impress girls. They will charm and cheat; invent and embroider; and make up elaborate legacies they will soon forget. I was once guilty of all these things.

Shy, I wanted to present myself as larger than life. This, I thought, would make me successful, though successful at what I wasn’t quite sure. I was an unpracticed Romeo and a clueless seducer.

Twice around New Year’s, I got my comeuppance. By today’s standards my carnal recollections seem quaint at best. And yet…

First came Karina, who’d changed her name from Carina, she told me, because she loved the letter “K.” I in turn loved her, or told her I did. What I really wanted was to get closer to the C or the K, whichever came first. As it was, we merely kissed on both cheeks and shared coffees.

She’d tell me about the men in her past and, lacking any counterpart stories about women, I sat mumly in awe of her multinational conquests. There was Kurt in West Berlin; Addison in Milan; Jeremy someplace in Finland. Cold, I said. Hot, she smiled.

Finally, when I’d had enough of this A-List compendium, all apparently still at Karina’s beck and call, I decided to fight back.

Sure, she had Hot Jeremy, but I had brilliant Lucinda, who worked as a librarian at the New York Public Library. I also had Medusa (yes), a brunette waitress in the West Village. But my trump card was Vanessa, a green-eyed beauty who in summer worked as marine biologist in Spain. We would meet in Central Park.

All this gave Karina pause. She began asking questions. In fact, she began a cross-examination. She wanted details, explicit ones. So I ran back to my college roommates and interviewed each one, since my own A-list was an amalgam of their own conquests (probably also invented, at least in part).

Somehow, I managed to satisfy Karina not only that Medusa was real, but that she also had black silk sheets and a vintage lamp on her bedside table. Karina’s beloved K fell for this and more, and we ended up at New Year’s Eve dinner, and then in bed, and after bed, at breakfast — yet there she was, impossibly it seemed to me, but still to cross-examine me on my list.

Some 10 nights later I finally told her the truth, that she’d been the first. She soon left me for a Chilean named Kavier. Javier, I said. No, she preferred him with a K. Good bye Karina.

Deep into some other December, by then I was 24 and living in Rome, came Sabrina (named after the movie). Sabrina — “a” as ah — was Russian-Irish with a temper and a crookedly tempting smile. I was smitten. She liked the way I handled her all-important ah but still played coy. What had I done in life? She asked.

I was a correspondent, I replied, leaning using her R for traction.

This did not impress her. Where had I been?

To many revolutions, I replied casually. I was an action man, a man of insurrections, a sure thing in tight situations. I even had tapes of my time spent under gunfire, a lie to end all lies.

Prove it, she said.

Sure, I said, lacking the means to do so. The situation was far more serious than with Karina. I’d promised sounds, not stories.

But I wanted Sabrina’s ah. So, on New Year’s Eve, I concocted a plan (she’d turned me down as a date). I needed a quick revolution.

Near midnight, I took my small tape recorder to my Rome balcony, where the festivities began at a quarter to. Firecrackers clapped, people shouted inaudible things, and whizzing and whirling projectiles made the sky pop white. All this I diligently recorded, albeit skeptical my plan would work. But when I played it back I realized I had… a revolution.

The next time I saw Sabrina I first feigned disinterest only to mention, in passing, that I’d brought her “proof,” and I played the tape. The sounds she was hearing, I told her, were recorded in a well-known city during the worst of a revolt all knew about. Her eyes widened, especially as she heard the background shouting.

In fairness I had in fact been to the country of my fiction in troubled times but I hadn’t been there for the revolt. I did have some details, and rest I gleaned from dispatches. My diligence was more than due. Call it alluring.

So did Sabrina, who moved her ahs closer, at least after a while. We went to dinner, kissed, but after the kiss I got no closer. Apparently I was one revolution short, or a lie too far, since a few days later I was informed of a man called Roberto, whom she’d met on Christmas Eve.

Sorry, she said. She really had liked my stories, a remark that, remembered decades late, might stand for the romantic measure of a lifetime.