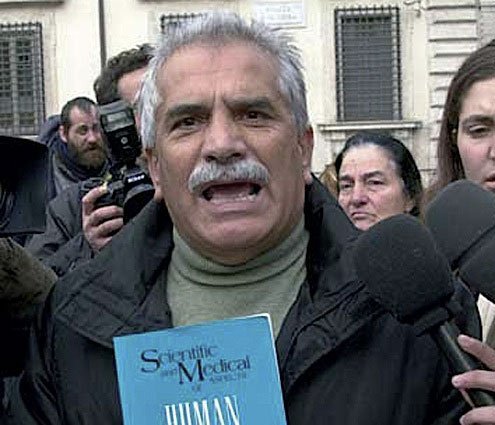 Italian embryologist and gynecologist Severino Antinori is among medicine’s most controversial figures. The Rome-based fertility expert made headlines in 2001 when he proposed human cloning as a way around male infertility. Antonori’s claim that he could clone humans was met with skepticism and hostility (many in the medical community labeled it unethical) and helped usher in legislation banning reproductive cloning in Italy. Antinori has countered that resistance is based wholly on prejudice. He has also received support from unlikely sources, including Noble laureate and DNA pioneer James Watson and in vitro fertilization (IVF) pioneer Robert Edwards. In 1986, Antinori infuriated the Roman Catholic Church by developing a microinjection fertility technique for men, earning the nickname “father of the impossible children.” In 1994, he helped 62-year-old Rosanna Della Corte become the oldest known woman to give birth. Antinori chatted with Paul Virgo in Rome. These are excerpts from their conversation.

How do you respond to those who claim Italy is the Wild West of fertility treatment?

The Vatican invented the name Wild West. It can no longer do as it once did and bully people like Galileo, whose ideas they disapproved of. They use another strategy to fight science and people that think differently. They use this name to defame this field. I reject the Wild West accusation. There are good people. The Swiss international body ISO, which rates the quality of care at IVF clinics, found that half were of high quality. In Italy’s general hospitals, only 20 percent fell into this category. Wild West … is a name invented in an attempt to destroy people’s right to fertility treatment, which in my opinion is a basic human right. Don’t forget that Italy is the country of Machiavelli. What does this mean? If you want to destroy someone, you don’t do it directly, but you use other ways, damaging their reputation.

But Italy’s new law on assisted fertility was meant to rein in such a Wild West. How do you see its effect?

Paradoxically now we have the most restrictive law in the world in terms of assisted fertility: It [restricts] human rights, freedom of research, freedom to have therapy, freedom to reproduce.

It limits the use of much technology and brings down by 50 percent the childbearing chances of people with fertility problems. The law limits the number of eggs that can be used to three; it limits the number of embryos; it bans the freezing of embryos, and so on. If you can only use three eggs, the chances of success with IVF drops from 30 percent to about five percent. This is bad for women, because they are forced to repeat the treatment, with the risks that involves. It’s a return to the dark ages. The spirit of this law, inspired by the Vatican, is, “Don’t touch the embryo.” For them the embryo is human two days after fertilization. But 90 percent of scientists consider life to begin two or three weeks after fertilization, not simply when the spermatozoid enters the egg. Another important restriction is the forbidding of gametes outside the couple. It’s unbelievable. And the best bit is that you can do pre-implantation genetic diagnosis, but if you find a problem in the embryo you must transfer it to the woman’s uterus anyway. Even if you know it’s unhealthy and will abort. Dangerous stuff.

To what extent do you think Vatican views influence national policy?

Too much. The Vatican established this law. It’s incredible that this can happen in a secular state. And it’s incredible that a government that calls itself “House of Freedom” (Casa Della Liberta), with [Silvio] Berlusconi as prime minister, becomes the “House of Restrictions.” Berlusconi wanted to give the Vatican a present with the law, but he didn’t consider the three million couples in this situation [of wanting a child]. I think it’s unconstitutional. Fortunately, there are lots of legal checks and balances that stop this sort of tyranny. I’m hopeful the constitutional court will overturn the law.

Why is infertility such a widespread and growing problem?

There are a number of factors, related to lifestyle — smoking, drugs, diet, smog and pollution — which in particular reduce sperm counts. And in women, a higher number of sexual partners increases the number of infections, which in turn affects fertility. Don’t get me wrong, though. I’m totally in favor of sexual freedom. Contraception obviously affects the number of children being born. Again, I wholly favor birth control and the right to plan when to have children. But fertility declines with age. In fact, in Italy the situation is that more people are dying than being born. For this reason people don’t want too many restrictions on fertility treatment. We should be trying to promote life not prevent it.

How have people’s attitudes to the problem of infertility changed?

It’s now easier to diagnose infertility and its causes in men. In the past, men always wanted to blame their wives if they could not have children, because being potent was a question of pride. You couldn’t find out before; men became offended. But in half the cases the problem is the man.

You’ve been criticized for helping post-menopausal women conceive? Isn’t it irresponsible to help women in the later stages of their lives bear children they might not be able to care for?

My work is not aimed at helping all older women. We only use it in cases where a woman’s biological age is not her chronological age. Let me explain. Some women in their 50s are still in good enough shape to give birth and care for their children for at least 20 years. By contrast there are other younger women, 31, 35, 40, say, who are in no condition to have babies. We judge whether to help a woman on the basis of her biological age. I’m happy that in Britain the Human Biology Authority has accepted these criteria. Now it’s possible in Britain for a woman in her 50s to have children if she’s in shape to bear them.

Under what circumstances, if any, is it acceptable to let parents decide the sex of their unborn children?

This takes us back to the new law again. Now it’s illegal to determine a child’s sex, even when there are genetic diseases that only arise in one sex. There are diseases of this kind that are so grave they are incompatible with life. In such a case, it’s right to determine the sex of the unborn child.

Does the vertiginous rise of Caesarean sections in Italy trouble you?

No, I’m not worried. Caesarean sections enable us to avoid dangerous births, malformations and handicaps. It’s an advance. I also approve of epidurals to have birth without pain. I don’t agree with the Bible, which says women should go through pain when they give birth.

Medical research is often criticized in Italy. Is it justified?

In the field of fertility it’s a disaster. In the past, Italy … along with Britain was a leader. But the new law has ended all that for now.