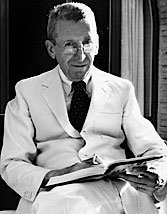 Sergio Romano, whose columns appear regularly in Il Corriere della Sera, was born in Vicenza in 1929 and has been a distinguished journalist, essayist and writer for five decades. He was also a major diplomatic figure, serving as director general for cultural affairs at the foreign affairs ministry between 1977 and 1983, Italy’s representative to NATO (1983 to 1985) and ambassador to the Soviet Union from 1985 to 1989, during which he saw the end of communism. He’s also taught at Harvard and Berkeley and is the author of some two dozen books, including “Il Rischio Americano” (Longanesi 2003), in which he examined American political behavior in the aftermath of Sept. 11. He spoke to Suzanne Bush in Rome. These are excerpts from their conversation.

Should the United States stay in Iraq?

It would inconceivable for the present American administration to leave Iraq. It would be such an admission of having made a mistake that they couldn’t possibly do it, not before the elections. But then I don’t think even another president succeeding Bush would be able to do so because the entire image, reputation, credibility of American policy in the world would be at stake. So you’ve got to stay. There’s another reason, which is not exclusively American: If you leave Iraq now, the country would probably fall into a state of chaos considerably more serious than it is now, civil war, probably with consequences for the entire area. Even Europeans who were against the war and act responsibly — that is when they are in government — cannot want a retreat from Iraq.

How do you think Italians view the idea of a second Bush term?

I’m not entirely sure the average Italian reader is in touch with what goes on in the United States, but Bush is not extremely popular with large sections of Italian popular opinion. I would imagine that even those not really following the campaign probably would be happy with a change.

Yes and no. There is definitely an anti-Americanism, which is difficult to quantify. It’s a minority but a very vocal minority [and this] doesn’t depend on the man who’s in the White House. … [The] extreme left and certain left-wing Catholics are convinced that Americans are greedy capitalists, imperialists … all the slogans that, generally speaking, accompany that definition of the United States. The sort of protests that have taken place over the last few months and that [are] very deeply rooted in [that] conviction or bias.

Do you think Bush comes across as a strong leader or a zealot?

It’s a combination of the two. The president is probably more pragmatic than some of his advisors, the so-called neo-conservatives. … After September 11, Bush was convinced, and I imagine any other American president would have been convinced, that something had to be done. You could not look like you could only tackle the problem with a few police and intelligence measures. There was a great deal of indignation, feelings of vulnerability, so any president had to do something, and the war in Afghanistan probably belongs to that sort of category. Even Europeans who turned out later to be against the war in Iraq rather understood the war in Afghanistan because there were bases used by Osama bin Laden and because the regime was an accomplice, shall we say.

The neo conservatives … felt September 11 was also an opportunity to signal a drastic change in American foreign policy; the Cold War was finished, America was finally free to exercise her right to behave the way she felt was right for her interests. Iraq was very much in the mind of those people from the very beginning, considerably before the events of September 11, so somehow Bush felt that maybe Iraq was the right thing to do because not only was it strongly advised to him but also because he felt it was the strong reaction that was demanded of an American president under the circumstances.

What affect do you think the attacks in Madrid have had on Bush’s image in Italy?

It’s very difficult to tell how Italians feel. As a whole, even people who are against the war are highly suspicious of the Islamic world. I think this is the case in Italy and all over Europe. I find it is wrong to make this sort of equation — that Islam equals terrorism. But as a whole it seems to be that European society has developed a sort of phobia of the Islamic world and of course the bombs of March 11 have contributed to that feeling.

Have the media raised the level of hysteria over al Qaeda?

The media is like the great choir in the great tragedies; they just go with the tide. If you try, as the editor of a newspaper, to go against the tide, at a very emotional moment, like March 11 or any similar situation, you’d lose your readers; they’d think you’re nuts. It’s inevitable. Fortunately good papers will always also add different kinds of directions, different kinds of analysis, they will provide the reader with lots of other considerations and thoughts, but the general picture of a newspaper the day after an event like March 11 is always trying to capture the emotional feelings of the people and accompany them.

Do you think the so-called “friendship” between Bush and Berlusconi could turn out to be bad for Berlusconi?

To answer that I would have to believe that there was really a friendship. I don’t think this was the case. I think there was a great deal of very understandable convenience on both sides. Berlusconi, when he became prime minister in 2001 received a rather cool reaction from most European governments and must have felt rather uneasy. … Bush was not concerned about Berlusconi’s conflict of interests and certainly did not share the rather harsh judgment of the left in Europe. So that was definitely a marriage of convenience, strengthened by the Iraqi war. You might say that Berlusconi is more useful to Bush than he was a month ago. … The moment that [Bush] lost [former Spanish Prime Minister Jose Maria] Aznar, Bush probably felt that Berlusconi is even more useful than before.

Could this be damaging to Berlusconi when election time comes round?

Berlusconi will be damaged more by economic performance and … too much emphasis on laws that appear to be designed to favor him personally. … My personal impression is that there will be a great deal of absentee voters; the percentage of voters will go down. A lot of people will feel they don’t want to vote for the parties of the government, but they don’t feel they can vote for the others and so they’ll stay at home.

What advice would you give Bush?

He has very limited room for maneuvering because so much depends on the Iraqi situation, which he controls up to a point. … They want to transfer powers by the end of June. Fine, but to whom will they transfer powers? To a representative government? No, there would be no representative government. Does it mean that the terrorist attacks, the resistance will stop? No, they will probably not stop.