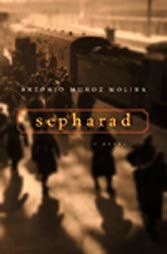 By Antonio Muñoz Molina, translated from the Spanish by Margaret Sayers Peden

As a tourist into memory, Molina has only one peer: W.G. Sebald. His narrator lives in modern Spain but uses incidental recollection to get to the avenues and back roads of the mid-20th century — the Holocaust, Stalin, Primo Levi, “the objective vulgarity of real life.”

So ambitious and beautiful is the novel that you excuse its few flaws — its pieces sometimes fit together jaggedly. “When electricity came,” the narrator says of a small town in Spain, “the mystery was lost.” That’s Molina’s highest gift, to evoke so many things and moods, people and customs, murdered or lost. He brings them back “in the fog between the invented and the remembered.”

Literature, to borrow from Rilke, of an angelic order.