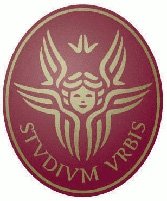 hese are my voyages through the Italian university system. I have been asked to issue the following disclaimer: Ivy Leaguers or those who have garnered their intellect in places such as Oxford or Cambridge may find some of what follows disturbing, if not unbelievable. That said, welcome to the faculty of the sciences of communication, part of the University of Rome La Sapienza, where I have been studying for the past four years.

When my high school days ended I ignored the appeal of overseas studies and decided to enroll in this recently created faculty, which promised to be an upbeat breeding ground for future stars of the media and marketing galaxy.

As an aspiring journalist, the idea appealed to me. It seemed a modern, interesting and hip degree. Unfortunately, half of Italy thought so too.

The same year I enrolled, a local court ruled as unconstitutional the fixed quota that allowed only 600 new students to enter the faculty each year. Sure enough, as almost 4,000 new journalist and advertising wannabes flooded the school (a 637 percent increase, according to official calculations), the establishment was caught with its distinguished pants down.

“The academic institutions have tried to react with intelligence and imagination,” states a faculty document of 1999.

This imaginative reaction consisted mainly in hurriedly renting out several cinema halls throughout Rome to be used as venues for lectures and exams.

As lessons started that year, on a rainy winter morning, I found myself with about 300 fellow students trying to push our way into one of said halls. A distinguished lady approached me and asked if we were trying to get into a special morning screening of the latest Hollywood success.

“No signora, this is a course in sociology of communication 101,” I replied, much to her amusement.

Soon after I entered the cinema I located a spot of empty floor in the back of the hall, in front of the emergency exit — at the time finding a free seat was the stuff dreams were made of, only later would I learn certain helpful tricks.

But for the time being I was treated to what I would soon come to know as a standard lecture at my faculty. Scribbling notes on the scrapbook in my lap, I listened to an invisible professor’s distant and broken voice being piped through an old malfunctioning microphone into the cinema’s loudspeaker system.

As I craned my neck to see something resembling a slide being projected on the far-away screen it dawned on me that this was not exactly how I had pictured my university days.

With such poor infrastructure the organizational branches of the faculty have had to exercise inhuman efforts in order to actually make things worse. Rest assured, they have often achieved this goal.

Last year, I showed up, together with the usual large contingent of students, at one of our rented cinema halls for an exam in the history of social and political ideas. At the appointed time we waited for the cinema doors to be opened. Two hours later we were still there. After grave consultations with his assistants and a few phone calls to unidentified faculty clerks, the professor smilingly announced someone had forgotten to advise the cinema personnel about our little examination.

So we tramped to the faculty building, half in protest and half in resignation, and waited another couple of hours for a cinema, a room or a closet to be freed.

Waiting for an exam is never pleasant and I for one would have been ready to face the professor on the hood of the faculty dean’s car. Luckily the kind souls at the faculty of sociology later took pity on us and lent us a room for the day.

But inefficiency and overcrowded spaces are not the last of our problems. With more than 15,000 students enrolled in the sciences of communication, the faculty has had to constantly and hurriedly expand its stretched contingent of teachers. In a communications degree one might expect to see media personalities being brought in as guest lecturers. But one does not expect TV stars with little or no teaching experience to be handed highly theoretical courses.

And yet, as Nobel Prize winners fill the lecture halls of the civilized world’s universities, we find ourselves with personalities such as Francesco Giorgino, anchorman for Italy’s public television news, and the ubiquitous Maurizio Costanzo, Italy’s Oprah, enlightening us on the theory and techniques of radio and television language. And the closest we have ever come to sharing the lifelong experiences of our star-teachers has been being all invited, through the faculty website, to be part of the studio audience on the Maurizio Costanzo Show.

The faculty heads have usually been pleased with their new acquisitions. Their newfound media connections have allowed them to publish hosts of new books and articles, while appearing regularly on talk shows and other TV programs.

Aging professors have tossed away their stiff-necked academic personas to become self-styled media gurus who love the cameras. And the cameras are only too happy to reciprocate.

Despite our new star-studded teaching cast, classes remain exceedingly large and overcrowded. With a one to 214 student-teacher ratio, against a one to 35 national average, students have become a mass of undistinguishable and invisible entities. Most students are quick to learn the advantages and disadvantages this virtual invisibility presents, giving birth to interesting behavioral patterns worthy of a David Attenborough documentary.

As we enter a typical class at the faculty of sciences of communication let us quietly observe the unfolding drama. The room is bustling with activity. With hundreds of students following today’s lecture everybody is free to arrive, leave and converse at their pleasure.

As the lecture progresses between unfocused slides and shouted questions from the more attentive part of the audience, a few dominant figures emerge among the scribbling of notes and the frequent mobile phone conversations.

The bully is one such character. He or she sits in the top rows of the hall, waiting and smelling the fear of the young and untrained lecturer.

In a social sciences class this reporter witnessed a shy and quiet assistant lecturer, a possessor of particularly drab oratorical qualities, being hissed and booed openly each time he took the microphone.

Even when not openly insulting, the bully’s cry, in a heavy Roman accent, is quick to surface if the lecture is deemed boring. “Daje! Dacce nà pausa!” — C’mon! Give us a break! — it usually echoes.

Or, if a lecturer proceeds beyond the allotted time, a savage “Bastaaa!” — Enooough! — screamed by this uncouth backbencher quickly castigates the wayward pedagogue, whose resolve and dignity crumble in a pile of embarrassment.

The chair-leader is the other master of the lecture hall. He or she has perfected the art of procuring large quantities of rare seats and defending them with tooth and nail until the arrival of friends and allies.

A chair-leader can mercilessly hold half a row of empty seats while dozens squat at his or her feet. To sit where one of these characters has left a bag or a plastic water bottle can mean embarrassing retreat or triumphant victory and relief for one’s backside.

The young freshmen who wishes to avoid back pain must learn the harshest of nature’s lessons: survival of the fittest.

Poignant music and closing shot on a confused freshman sitting on the floor near the emergency exit.

TODAY, AS I enter the last of this five-year degree, the everyday chaos has slightly abated, though the faculty continues to search for strange new classroom venues. With the construction of a new faculty building still years away, we have taken over a former army barracks and rented new cinema halls and a few classrooms from a local high school.

Additionally, many students, such as myself, have long since distanced themselves from university life, studying independently and visiting the faculty only to take exams.

All this playful whistle-blowing on the academic establishment, done under a prudently assumed name, is not just a petty form of vengeance. Well, not completely at least. Although conditions vary hugely from one faculty and university to another, the general situation of Italian higher education remains dismal.

Italian universities have an average dropout rate of 53 percent, according to a 2002 survey by Istat, Italy’s primary statistical research institute. One out of four students gives up during the first year.

Of those who do graduate only 17 percent do so in the allotted time. Most go “fuori corso,” dragging on their studies for six, seven or more years, the Istat report says.

Although the high dropout rate is reminiscent of military special forces training courses it is not the mental or physical hurdles that stop many from graduating.

Indeed, tougher and longer courses, where students are followed more closely, have a much higher measure of success. This is the case for medicine faculties, with an average 12 percent dropout rate.

So, though we don’t need to be made to run 20 kilometers singing “I don’t know but I’ve been told…”, it might be useful for this country’s future if its university students knew what is expected of them and were able to expect the same from their teachers. That means being able to hear and to question a lecturer in class and to have a plain desk and chair instead of synthetic velour-covered cinema easy-chairs. Is that asking too much?

— David Lyons is the assumed name of a student enrolled at the University of Rome. His academic credentials have been confirmed.

About the Author: David Lyons