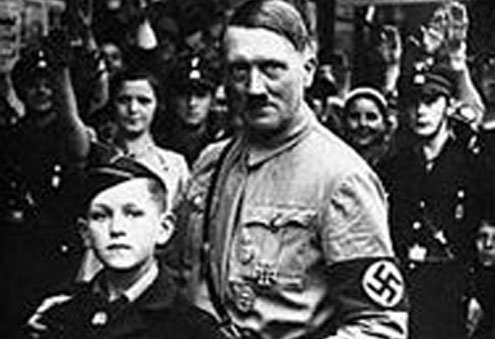 his summer, my son worked with Libera, the anti-Mafia organization founded by Don Luigi Ciotti, an activist Catholic priest. Last summer, he spent 30 days in a canoe in Northern Saskatchewan. It seems that jousting with left-leaning, anti-American “no-globals,” bearded and aging sessantottini and priests while harvesting eggplant in Calabria was a bigger challenge than canoeing across the tundra.

A recurring theme of conversation among the Libera participants, he reported, was Italy’s lack of civic sense — senso civico.

At least he and the no-globals could agree on this point. Indeed, few other ideas are as non-controversial in Italy as its shortfall in civic sense.

No matter how virulently Italians defend their country’s obvious defects, I have never met an Italian who does not cheerfully acknowledge a country-wide failure to promote the public good. This acknowledgment transcends age, politics, social or educational level, regional differences — everything. Only supporting Italian sports teams is as universal.

My son reported a bit of conversation that made us both think twice. Only twice in recent history, he was told, had Italy enjoyed governments that took the meaning of civic sense to heart — and those were leftist governments. What struck us was the assumption that civic sense was a political or legislative matter rather than a personal one.

This snippet confirmed my own long-standing and undefined sensation that many Italians believe that civil society is an external force; something that comes from above, from someone or somewhere else. Italians see society not as an organism in which actions by individual cells influence social norms and behavior, but as a clock regulated by mysterious and inscrutable powers; the ubiquitous “them,” which includes the European Union, self-interested politicians, and sinister eminences grises. Manipulated or controlled from above by capricious laws, this social clockwork transcends both individual responsibility and self-discipline.

However, there is little correlation between a civics-minded populace and political orientation. Indeed, one explanation for Nazism’s swift success in the 1930s was the German public’s overly zealous civic sense and its eager participation in civil associations.

The Nazi party co-opted apolitical organizations such as the Boy Scouts and local chess clubs, sucking people into Nazi life. Once drawn into the ways of the regime, Germans’ overdeveloped habit of subordinating personal choices to an abstract public good made Nazism particularly lethal.

Contrast extreme-right Germany with extreme-left Soviet communism. Despite the rhetoric about doing the greatest good for the greatest number, Soviet Russia was probably as uncivil a society as there will ever be.

So much for civic sense belonging to the left or the right.

Given the Latin origin of the word civic and its cousins “city,” “citizen,” “civility” and “civilization,” you’d think Italians would have special sensitivity to a concept that is all about making it pleasant for large groups of people to live close together. By moderating our own desires to cut the line at the post-office, throw trash out our car window or erect a building on a beautiful archeological or natural site, we create a society and country that is nicer for all who live there.

I have just spent the summer in two bastions of civic responsibility: New England and the Midwest. Whether deriving from colonial town meetings or pioneer neighborly-ness, the sense that it is individual action that creates the ideal society is alive and well in both regions (notwithstanding popular lament to the contrary). Civic sense is about creating a place and social order that respects others. It is not about more numerous or tougher laws or policing. Try explaining to Italians that the street cleaners are not more numerous in Northern Europe or Singapore. The Swiss, Swedes and Singaporeans simply throw less trash on the ground.

In Italy, despite universal recognition of the need for it, civic sense is often viewed as something the government decrees or everyone but you must exercise. This is exacerbated when laws are considered baseless whims, even obvious ones that clearly benefit the country’s overall quality of life such as paying taxes, obeying speed limits or observing building codes.

But elevating common good above personal gain was not a Roman invention, despite the etymology of senso civico.

Early on in his research, Darwin was perplexed and fascinated by the appearance of altruism in the animal kingdom. Although the struggle and combat implicit in the “survival of the fittest” (not his words but those of a follower) drove evolution, the natural world abounded with examples of animals putting the good of their species or group ahead of individual gain.

Indeed, my son recently gave me one from his biology class. Male rattlesnakes fight for females to mate with. And while it might be in an individual snake’s short-term interest to eliminate a rival and get the girl, snakes do not succumb to the temptation. They know where that will lead. A race to the evolutionary bottom.

So much for politics and civic sense. It’s really about keeping us all alive. Italy’s demographics are already poor. It’s time for some snakes to put their fangs away.