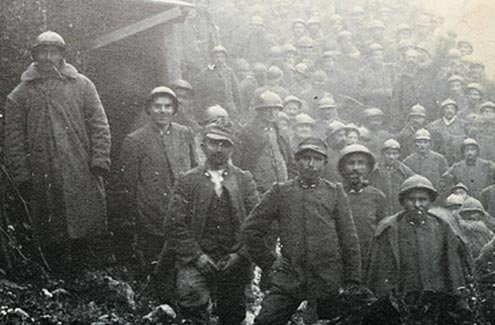 A lack of latrines made the World War I Austrian front even more dreadful.
T

he story of Italy in World War I is filled with grotesque images. But the most grotesque of all may well be that of Italian soldiers crawling across battlefields scattered with their own excrement. According to historian Mark Thompson, they didn’t bother to dig themselves latrines.

The comparison is extreme, but it comes to mind when — all too often — Italians abuse the beauty surrounding them. Italy believes it has a unique affinity for the aesthetic. Yet graffiti defaces even historic monuments. Italians seem to dispose of trash anywhere but receptacles designed for it. Poor-if any-zoning has left archeological sites and town centers ravaged by unregulated and generally ugly building.

It doesn’t help when Italy puts a new twist on some of America’s worst exports. Italy has taken urban sprawl to a higher level. Belts of big-box stores and fast-food outlets create moats of ugliness around historic town centers. In fact, the contrast between places such as Florence and Venice and their outskirts only emphasizes the harm the country does to itself.

The most inexplicable part is the gap between Italians as individuals and as citizens. Italians are fanatical about personal hygiene and appearance and obsessive about housekeeping. People who iron socks and underwear and wash floors with alcohol are apparently oblivious to defaced trams and trains or dogs’ sidewalk messes.

Ask an Italian about this gap and he’ll say: “Italians aren’t like Americans or Swiss. We have no senso civico.” At first, this explanation seems reasonable enough and the Italian willingness to self-criticize is admirable. But soon you wonder what Italians mean by senso civico. They seem to have some vague idea that civic sense is connected to patriotism or national pride, as if the flag, Mom and apple pie instill good urban planning and keep old tires and refrigerators out of rivers.

Perhaps what Italians label civic sense is better defined as sensitivity to what economists call the “commons.” These are public goods, such as air, water, parkland, fish in the sea or unenclosed common pastures; that which is shared by all and whose use is free to individuals.

In fact when I recently asked an Italian friend how Italians could take so little care of their own public things, she said many don’t see them that way. Either something belongs to you personally, or to the padrone — the boss or “the man” — something abstract, impersonal, and sometimes malevolent, in which you have no stake.

In the past, the padrone may have been absentee landlords or the Catholic Church. Today it might be a distant or ineffectual state. In any case, Italians don’t understand their important stake in these public goods and that failing in its stewardship leads to what economists call the “tragedy of the commons.” This is when unrestrained, short-term individual behavior creates a long-term loss for the community, such as over-fishing, or wasting water. In Italy’s case, the tragedy of the commons might be the destruction of the landscape or cities that attract free-spending tourists.

Countries that Italians define as having strong civic senses are usually ones that historically have depended on the commons. The Dutch have a shared interest in managing the dykes that keep the country from flooding. Switzerland and Nordic countries, where pastureland is scarce, are environmentally conscious.

It is interesting to observe the distribution of rates of recycling in Italy, a way of measuring civic sense or sensitivity. Recycling rates correspond to geographical and historical differences in land ownership; to Italians’ sense of stake-holding. Italy’s highest recycling rates are in its mountain regions, where land ownership was (and still is) based on the use of common pastureland. The next highest recycling rates are in Italy’s center, where sharecropping, or mezzadria was the norm. Here, even if tenants shared earnings from farmland they managed with the padrone, they still had an incentive to manage well and care for their environment. Shortchanging a resented landlord would only boomerang on the tenant.

Recycling rates are lowest in Italy’s south and Sicily, where land-ownership was feudal until post-World War II reforms. Peasants didn’t even own their houses, which were bound to the land they worked; what was not theirs really did belong to the padrone, probably an absentee one. No wonder the senso civico has not found fertile terrain south of Rome. As my friend noted, one way to express contempt for the padrone — to stick it to the man — was to neglect or damage what belonged to him.

I think of an emblematic scene I saw in Calabria. There, a street of neat, well-cared-for houses faced a dry streambed, which was filled with brush cuttings, rusted out washing machines and old tires. Maybe it was a statement of contempt for the state that owns riverbeds, but what it really ruined was the residents’ view.

The thing about the commons is that “sticking it to the man” is the same as “sticking it” to yourself.