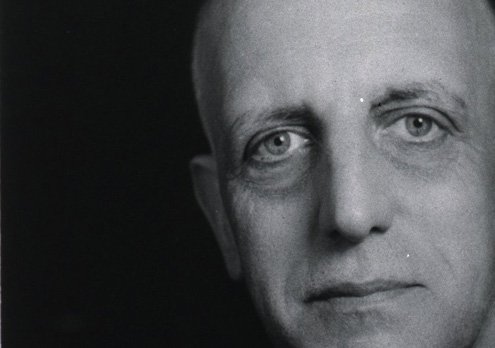 To understand pernicious anemia, William B. Castle made himself into a test subject.
I

t’s one thing to experiment on a mouse. To give it an unproven drug or apply surgical techniques whose efficacy and safety has yet to be proven. Moral challenges exist but they are not insurmountable. To experiment on oneself is a very different matter. Forget about morals or ethics. It’s a question of safety.

Yet many medical discoveries have involved researchers using their own bodies as novel scientific instruments. Here are three such stories.

In the early 20th century, pernicious anemia — a red blood cell deficiency — was a mystery. It was also fatal. It had been discovered that afflicted patients who ate vast quantities of raw or slightly cooked liver (300 grams daily) could recover normal blood counts, but no one knew why. William B. Castle, a physician and researcher, set out to solve the riddle. In 1926, Castle devised a brilliant (and revolting) experiment.

First, he fed an anemic patient two raw beef muscle patties daily for 10 days. She failed to improve. Then he turned to himself. Every morning on an empty stomach, he ate 300 grams of the same raw beef. An hour later, he regurgitated his stomach contents. Using hydrochloric acid, he tweaked the pH. After culturing the acidic sludge for several hours at body temperature, he strained it through a sieve, and passed the juices through a tube into the stomach of his anemic patient. This time, the patient improved.

Through this and other experiments, Castle discovered that neither raw beef muscle nor stomach secretions helped the anemia on their own. In a 1936 paper, he explained his conclusions: “It is obvious, therefore, that the activity of mixtures of beef muscle and gastric juice cannot be due to the simple addition of two subthreshold substances but requires an interaction between them.” Castle named the result of this interaction “intrinsic factor.” His “factor” was clearly made in the body, but had yet to be identified — and would not be until the 1970s. It later became clear that in addition to this “intrinsic factor,” there was an “extrinsic factor” — vitamin B12 (present in large amounts in liver).

We now know that the intrinsic factor is required to absorb the vitamin B12 in meat, and thus help the body produce red blood cells. The way Castle used his stomach turns mine, but I can’t deny the importance of his discovery. Treating pernicious anemia now is as simple as injecting vitamin B12.

Werner Forssmann, a surgical trainee in Germany, was fascinated with the heart. He was particularly interested in a valve defect called mitral stenosis, and whether it should be fixed with surgery. He thought the way to investigate this was to access the heart without general anesthesia, and without disturbing the pressure in the chest. Earlier work on horses — in which a tube was passed through the jugular vein (in the neck) to measure pressure in the heart’s ventricle — inspired Forssmann. Nothing like that had ever been done in humans.

Forssmann believed it was possible, but he preferred a different route. He wanted to use the cubital vein, located in the crook of the elbow. In 1929, he did just that, threading a thin tube 65 centimeters up his own veins, into the right side of his own heart. After the procedure, Forssmann and his nurse assistant rushed to the x-ray room, one floor down, to take a picture of what they’d done as proof. Forssmann’s account caused a stir in both the scientific community and at the hospital where he worked; he was quickly dismissed, ostensibly because he failed to secure permission from his boss for the work. But Forssmann, who later became a urologist, had the last laugh. In 1956, he won the Nobel Prize along with two others who helped pioneer what we now call cardiac catheterization.

Stress doesn’t cause ulcers. Bacterial infection causes ulcers — specifically, infection with Helicobacter pylori (H. pylori). But this was a radical idea in the 1980s, and it took a researcher’s self-experimentation to help get people’s attention. As early as 1893, there were reports of spiral-shaped bacteria in the stomach. Over the next decades, researchers found more stomach bacteria in the setting of ulcers, but the finding was mostly ignored as insignificant. An Australian pathologist, Robin Warren, noticed in 1979 that there were small, spiral-shaped bacteria present in many stomach biopsy specimens — in the same place where he found stomach inflammation.

Warren paired up with Barry Marshall, a young clinician, in 1981 and together they studied more biopsies and eventually cultured the slow-growing organism H. pylori. They published a paper in the prestigious English scientific journal The Lancet, but many remained skeptical.

To prove the link, Marshall ingested H. pylori himself. He became bloated, lost his appetite, developed bad breath, and vomited clear liquid each morning. An endoscopy, a visualization of his stomach with a camera, revealed gastritis (stomach inflammation), an abnormal accumulation of immune system cells, and damage to the stomach’s lining. Antibiotics cured him of the infection — and his symptoms. Now, it’s essentially taken for granted that H. pylori causes about 90 percent of ulcers in the duodenal region of the small intestine, and up to 80 percent of ulcers in the stomach (though only a fraction of people infected with H. pylori will ever get an ulcer). H. pylori is also associated with gastric cancer. Now that we understand the cause of most ulcers, ulcers don’t recur the way they used to — antibiotics are very effective at ridding people of the infection. And proton pump inhibitors like omeprazole help reduce acid secretions so the ulcers can heal. Warren and Marshall won the 2005 Nobel Prize for their efforts.

These valiant stories have come up in my medical school classes in recent months. Professors seem to love them in part for the shock value. But the stories are also inspiring. It’s exciting to learn how the procedures and treatments we use today were deduced. Even so, I don’t think I’ll be copying these bold physicians anytime soon.