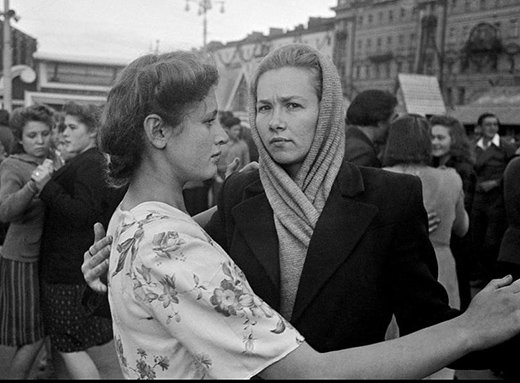 o love is easy and therefore common — but to understand — how rare it is! L.M. Montgomery, from the 1923 novel From “Emily of New Moon”

The Germans call it seelenverwandte, the Italians, anima gemella, while English-speakers know it as the concept of kindred spirits.

This was how it was with Sonngard. She gave me a warm hug, then looked me in the eyes and told me that though we were meeting for the first time face-to-face, she sensed we’d known each other for a very long time. The next week would prove that she and I were indeed kindred spirits — two women, who although very different in cultural upbringing, shared bonds of affection that defied commonplace description.

Kindred spirits mirror one another, without the often-heavy burdens of ego.

Discovering a kindred spirit is rare. I have a number of friends, but feel a kindred bond with only one or two. It’s not the kind of affinity that grows on you over time. If it exists at all, it exists from the start, from the moment two people meet. No matter your differences.

Sometimes a kindred spirit is a dear friend like Sonngard, and occasionally the seelenverwandte is much more than just a feeling. Shared preferences enter the picture.

Knowing I had a great love of architecture, she guided me through Dusseldorf’s MedienHafen, the revived area around the city’s harbor. We spoke of artists, writers, architecture. Of course we appreciated the same things, however different our views of them were.

Ahead of us, holding hands, were our children—themselves finding an anima gemella in one another.

“I feel so much pain for them,” she whispered to me.

They had met the previous year, when Sonngard’s daughter was studying in the United States. Sonngard and her husband had both studied abroad and wanted the same for their children. My son had dated many girls, and had even claimed to love one or two of them, but when he brought Sonngard’s daughter home, even though I liked her immediately, I wondered how they’d get along. She was different from the others. They interacted differently, too. She challenged him, and he her. Challenged in the best of ways, healthy and loving.

Sonngard gave me a warm hug, then looked me in the eyes and told me that though we were meeting for the first time face-to-face, she sensed we’d known each other for a very long time.

She spent many evenings with us and soon I got to know her well. Many times, she would speak of her mother and how alike we were. We had already made plans for a beach holiday in Italy before my son left for university when I received an invitation from Sonngard to stop off in Germany. We accepted.

Both of them very practical, my son and Sonngard’s daughter had agreed not to enter into a long-distance relationship and go their separate ways after our visit.

Sonngard sighed, “This is uncommon, you know — the way they get along and balance one another. So sad they live far away and are still so young.”

She paused. “They think only with the head now, but the heart doesn’t work that way. We know this.”

I thought about this for a moment before replying.

“It’s like that, isn’t it Sonngard? They feel as though they have no time. They’re too young and impatient to understand the years in front of them. But maybe the pain is there even when we’re older. But for different reasons. “When you’re young you don’t understand that there is still time left in this life, and when you are older, you’re so keen on just how little time there is left. The pain is the same.”

Most parents hope their children will never feel pain. But they will. They then want to take all the pain away. But they can’t.

I hugged Sonngard goodbye at the airport. Both of us knew it wasn’t really goodbye. We were old enough to understand the precious nature of our bond. We then stepped aside to let our confused children embrace and say goodbye, a chapter that may or may not have closed.