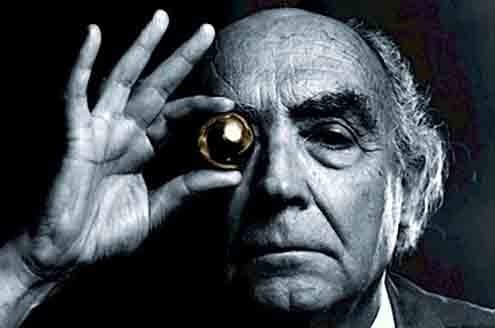 isbon, 1551. Portugal’s King John III needs a really big wedding gift for Viennese cousin Archduke Maximillian, temporarily Regent of Spain in nearby Valladolid. What can possibly be bigger than Solomon, an Indian elephant that John just received as a gift from the Portuguese colony of Ceylon? So begins Nobel Prize-winner José Saramargo’s classic mind-tickling satire, “The Elephant’s Journey,” first published in 2008, two years before the Portuguese writer’s death.

What to do with the elephant and its keeper, Subhro, is a mystery to John — until he hatches his plan. By sending the duo to Valladolid, an obligatorily grateful Maximilian will take over their care and expenses and probably take them back to Vienna. This is no small savings for John, who is also ridding himself, albeit gracefully, of a three-meter-high creature that weighs in at four tons.

Enter Solomon, Saramargo’s resigned, pachyderm protagonist. He and Maximilian’s entourage will eventually travel thousands of kilometers, crossing a Europe convulsed by warring spasms that pit the Lutheran Reformation against the Great Inquisition. Here is a case of truth far stranger than fiction, since Solomon’s bizarre odyssey is closely based on the very real story of a real gift and a real elephant.

Saramago also pokes ferocious fun at the human tendency to invent meaning for what it doesn’t understand. As Solomon and his entourage plod toward Vienna, all are agog. Royals, courtiers and commoners are bewildered at the tusked and trunked mammoth. Add its dazzling royal convoy and all are dumbfounded. Most, plodding Solomon is invested with speculation and divine expectation.

Thankfully, Solomon is both good-natured and philosophical, “A lot of patience is required to put up with human beings,” he reminds himself often. He considers the wearying illogic of his trip from Lisbon to Valladolid. It could have been a walk-through over Castile’s flatlands, but no. Such a trek would have encroached on Spanish soil and put Spanish and not Portuguese troops in charge of Solomon’s entourage, undermining King John’s PR presentation. To remain in Portugal, John’s men must weave around their northern border, a torture of stones, mountains and ravines. Poor Solomon.

Exhausted foot and horse soldiers rely on the hospitality of local villagers who are insatiably curious about the giant and mysterious beast. When Subhro speaks of an “elephant who is God” as part of an anecdote, Inquisition-minded locals hastily report the heresy to the local priest. In a wheezy breeze of religious hypocrisy and stubborn ignorance, the priest decides to “convert” the heathen beast by spraying it with holy water. Usually placid Solomon gently kicks him away. Why? He knows the priest’s holy water is a sham. He got it from the nearby river. But Solomon’s fame spreads. In Valladolid, expectant, superstitious crowds await him.

Maximillian is quite pleased at the gift, but declares that Solomon and his driver must take on Austrian-styled names, becoming Suleiman and Fritz. The Vienna-bound contingent then ships off to Genoa and continues its journey toward the Alps. Given royal indifference to seasonal weather, icy winter sets in as the entourage arrives in Padua, not far from Trent, where the Catholic Council is being held. Coincidentally, it’s a moment when the Viennese troops need a rest stop, and the Council could use a symbolic assist in its battle with Lutheranism.

In secret, Suleiman and Fritz get a visit from the priest at Padua’s Basilica of Saint Anthony. He demands a miracle to motivate Council participants. News that a “faithful” elephant has knelt down on the basilica’s steps would do quite nicely. If Fritz fails to comply with the order, Suleiman might find himself without a handler.

Suleiman dutifully does as Fritz tells him, a pigeon carrying the joyous news to the Council. Huge crowds gather round Suleiman. As Fritz tries to clear the thick ice forming on his animal’s back, tufts of hair also come off. The throng begs to buy them, as relics.

Again, word of mouth carries the elephant’s fame before him. After a grueling trek over the Brenner Pass, Suleiman is installed in the menagerie at Schloss Kaiser-Ebersdorf on the outskirts of Vienna (where the real elephant was in fact kept). Crowds pay daily visits; artists and poets use him as their popular subject.

There is, however, a glitch, one overlooked by famed heads of state. Vienna’s climate is quite unlike that of south Asia, or warmish Portugal. After little more than a year, Suleiman dies suddenly.