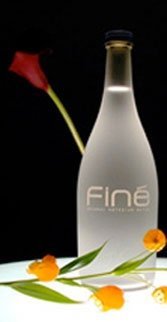 Dozens of highly-rated restaurants offered diners a chance to sample from a fixed menu with three servings (not including drinks) for €25 per person. The city’s Michelin-starred restaurants had a slightly different arrangement. Dining at those places came with a supplement of €10 per star, based on the total number they’d earned from Michelin (a slightly confusing formula I didn’t quite understand at the time).

I’d read about the promotion and jumped at the chance to get my husband Fabio and I a spot. We checked out the list and immediately saw some of Rome’s “It girl” restaurants, including those camped on suggestive rooftop terraces with jaw-dropping city views. Some of these were places I’d always dreamed about dining at, if only once. Spellbound, I decided to take aim at one of the city’s most exclusive restaurants.

Now then, Fabio and I are not hoity-toity people. For us, going out for dinner usually means a meal at our neighborhood mom-and-pop trattoria where the staff writes down your order on the paper “tablecloth.” Most of these places don’t even have menus. Only the weeklong promotion changed things.

Attire for the restaurant we picked was formal. Fabio had a bit of trouble understanding what that meant. Or rather, he just didn’t feel like dressing up.

Both of us were a little nervous when we got there — not so much about the reservation, but about whether the staff would understand that we were the “fixed menu” guys. Neither of us particularly wanted to say, “Hi, we have a reservation for the fixed-price menu.'”

Still, we knew we had to get that message across, or risk being stuck washing dishes. My strategy was to tell them I’d made the reservation through the Rome Restaurant Week promotion. The woman in front smiled kindly and took our coats. Dozens of waiters greeted us.

Since I remained convinced that we had “fixed menu” written on our foreheads, I assumed they’d put us somewhere next to the kitchen. But to our pleasant surprise, we got some of the best seats in the house, with the city’s striking skyline in the distance and gold-plated table settings in front of us. Fabio turned white. “Are you sure they know we have the fixed menu?”

I laughed. We’d soon find out.

The first menu we got was a 10-page bottled water list that included a €200 brand from Japan. As Romans say, “Li mortacci tua.” We naturally ordered the cheapest one.

Next came out the wines, this time two books worth. Fabio took out his camera. He couldn’t resist: €10,000 for a bottle of wine. There were also some cheaper ones, but that one deserved its claim to fame.

So, when the waiter rolled to take out wine order (carrying a fresh-lit round of candles), Fabio smiled and said, “No, grazie.”

Out came the first dish: Three tiny strips of semi-cooked tuna with two bite-sized squirts of veal pâté. Another waiter came around with a basket of bread. Fabio filled up his plate, worrying that all three portions would be just as small.

Next came three cubes of something sweet that tasted like apple. I found out later it was duck liver. Eww.

The third dish, which I assumed would be the last, was a miniature quail roost egg with Parmesan cheese and avocado. My husband, Mr. Anti-Cholesterol, passed on this and gobbled down some more bread. Out went the waiter to fetch us more.

Then there was the matter of water re-supply. In most restaurants, waiters ask you if you want another bottle. But the rules were obviously different here. As we went through our third bottle of water, Fabio turned to me and asked me to ease up. On the water. I almost choked on my bread.

At this point, we began worrying. The waiters cleared our table and refreshed our candles. After all, who can endure a dinner with unattended-to candles?

We’d seen the dessert on another table — a golden “scattola magica” (magic box) filled with truffles.

Panic time. Fabio was convinced the truffles came with a surcharge — in the “eat more, pay more” vein. So we each ate only one. But the desserts just kept on coming, one more delicious than the next.

All of which brought the moment of truth, the check. It turned out the restaurant was true to its fixed-menu promotion. Fabio sighed. My only regret, of course, was not having ordered more water.