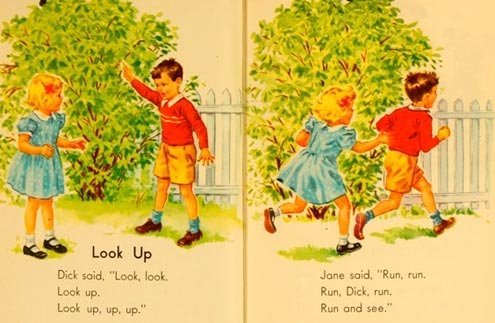 These observations are old hat, if only the hat hadn’t blown away, common sense to the wind.

Italy’s caste busting Five Star Movement reformers — mavericks or delinquents, depending who you ask — recently decided to stream backroom government talks in the interests of transparency. The circus-like result led one mainstream commentator to compare the talks to the Italian version of “Big Brother” — “streaming,” he quipped, “the magic tool that destroys all subtlety.”

But the ongoing “show” — brimming with ultimatums and insults — continues unabated, putting deadlocked Italy no closer to a government, which is just what insider talks is intended to produce.

There’s no mystery to what’s happening. Would-be reformers are making up for decades of estrangement by reaping the whirlwind. They characterize their histrionic as an experiment in “public government.” Pent-up resentment and rejection of the status quo has become a soft drink everyone can sip on. Down with secrets. Down with parties and their cronies. That, say reformers, is at the root transparency.

Italy is not the United States. It’s been forever since outsiders earned the right to rock the boat. Members of the same “cabal” ruled Italy for decades, which the Five Star Movement’s advances have dented. The infantile victory celebration is predictable, even cathartic.

What it is not is transparent, for the same reason that freedom isn’t democracy. The new young Turks are copying from the arrogance of their predecessors while dispensing with a central political ingredient: negotiation.

In absolute terms all negotiation is a sell-out, since sworn enemies are called on to bend. Most government, and governance, is founded on negotiation. And most negotiation can’t exist in the public view because its twists and turns vex populism, which resents all bending. Talks and deals flourish instead in a more intimate realm where real human beings agree to make a whole despite their disagreements.

Secrecy matters in negotiation for the same reason it matters in intimate relationships, to introduce leverage, courtship, and play at seduction, as well leave room for strategic advances and withdrawals, the art of saving face. It’s the spice of politics and life.

The riskiest side of total transparency and its online facilitation is how it misrepresents the private (and discretionary) into something completely abject at all times. That which is secret must be cleansed until into the open, a tyranny as corrupt and favorable to bias as that of malicious concealment. That realization has forced even the most popular social networking sites to rethink their privacy settings.

Streaming insider meetings is ludicrous, since to turn everything inside out destroys bargaining before it begins. Would-be traders grow rigid, since trade hinge on small gestures, winks and discretionary intelligence.

Make reality into a reality show and winking is replaced by method acting. The reformers play to public perception as no-nonsense, no-give figures ready to bring burn down the house rather than make their living room available to despised housemates. It is transparency transformed into a self-serving and self-mutilating device for the benefit of players more interested in politics as performance art than in national leadership, which is imperfect by definition, no matter who’s in charge.

“Life when one can’t hide from the eyes of others — that is hell,” said Czech writer Milan Kundera in May 1985, more than four years before the fall of the Berlin Wall. “Those who have lived in totalitarian countries know it, but that system only brings out, like a magnifying glass, the tendencies of all modern society.”

The reformers’ mantra is that of a testy child: “If it’s not mine I’ll break it.” — which they justify by pointing at years of “establishment” dirty deeds. But ruining backroom diplomacy and consensus building rinses nothing. On the contrary, it generates revenge.

The trick of all transparency is to know when to speak and when not to, particularly when it comes to reaching an agreement among those who have no interest in ever being friends. Fistfights among different people who cherish different things, all of them believers, can open the door to tyranny as a means to restore order.

Italy is suddenly showing the world how totalitarianism was born — through name-calling and threats. Mussolini did his own streaming and caste busting, which at the time came in the form of the 1922 March on Rome (“Our program is simple, ” he said. “We want to rule Italy.”) While the 21st-century has said good-bye to all that, it remains voyeuristic enough to yearn for endlessly replenished grist and verbal gore.

If only Italy weren’t a county of nearly 60 million people that seems at the moment to wander vagrant-like, in search of potential compromises that too many know about to take them seriously, squaring a rotten circle.