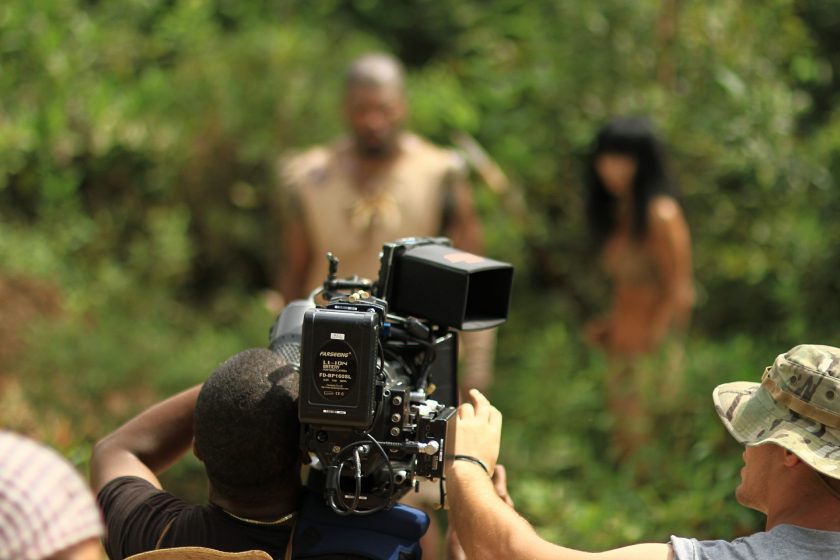 There is no such thing as playing with guns, not on a film set...
I

n late October, film-making faced its worst-case scenario. On the New Mexico set of the Western “Rust,” the actor Alec Baldwin inadvertently shot and killed cinematographer Halyna Hutchins, and wounded director Joel Souza. At the time, Baldwin was “armed” with a prop-gun, a real revolver rigged to fire only blanks. The tragedy underscored the immediate need for the movie industry to improve, re-examine, and enhance set security.

Sets are bustling places during productions. In action films and Westerns, “defanged” weapons often play a role, as do stunts. But when it comes to guns there’s no margin for error. If real bullets are in chambers intended for blanks, the risk of incident is beyond obvious. The New Mexico shooting was not the first of its kind. In 1993, Brandon Lee, son of martial arts star Bruce Lee, was shot dead while filming “The Crow,” a film that went on to attain cult status.

While investigations will eventually clarify what happened on the set of “Dust,” its findings won’t change the urgent need to rethink what gets used on a set, and who checks it — before anyone even thinks of pulling a trigger.

Checks have always existed, but rules are sometimes bent. Stunt work is a good example, since some actors insist on doing their stunts themselves, and sometimes end up hurting themselves. As for prop-guns, they’ve been a staple for decades and serious accidents are few. Still, these are real guns, and if they are handled carelessly, they will always bring harm.

Mishaps of all kinds have compelled the movie industry to adhere to existing workplace safety norms. In 1982, while filming “Twilight Zone: The Movie,” Vic Morrow died in a helicopter accident. Morrow is not the only one to have fallen to his death on set. During the movie “Steel” (1979), stuntman A.J. Bakunas died when a 330-foot plunge from an under-construction building went horribly wrong; the airbag intended to cushion his landing failed. On the set of “The Right Stuff” (1983), Joseph Leonard Svec was also killed after his parachute failed to open. Some say the smoke canister he carried with him for dramatic effect may have impaired his ability to open it.

Jack Budlong was carrying a sword when his horse tripped. He tossed it forward to avoid further injury but ended up landing on the sword itself.

Freak accidents can be mind-boggling. In “They Died With Their Boots On” (1941), extra Jack Budlong was carrying a sword when his horse tripped. He tossed it forward to avoid further injury but ended up landing on the sword itself.

Environmental toxins are a more subtle but real threat given the extent of location-shooting worldwide. When “The Conqueror” (1956) was filmed within the proximity of a Utah nuclear testing site, 91 cast and crew members later developed some form of cancer; 46 died by 1981.

Then there’s fire. During the filming of “Flower on the Stone” (1962), Russian actress Inna Burduchenko died weeks after receiving third degree burns while filming inside a burning barracks. But the worst fire disaster occurred on the set of the 1989 Indian made-for-TV movie, “The Sword of Tipu Sultan” (1990), in which 62 extras died when a fire broke out at the film studio.

As each of these incidents demonstrate, though movie-making is not typically considered a high- risk profession —­ actors and crew members are not loggers, fishermen, or pilots —­ they do have the task of recreating what happens in the real world. And the real world can be a very dangerous place, and at times a deadly one.­

People want to see what looks like the real thing, which is in part why they go to the movies. While putting calamity on screen is part of a moviemaker’s risky job, on-set rules need changing and they require enforcement. What happened at “Rust” proves there can be no more prop-guns that turn out to be actual weapons that can actually kill. The fiction of film has no room for such a tragic fact.