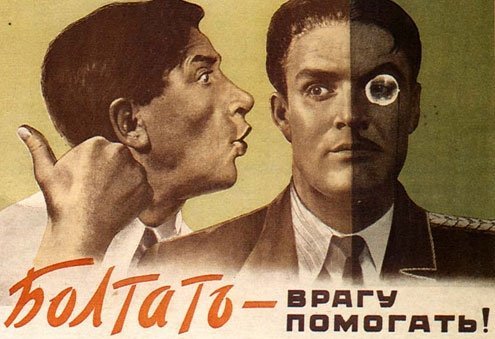 ere are a few of my oldest and most treasured secrets, each of which claims bragging rights to a story for another time:

My list, while lowbrow, still does little for my presidential bid. No matter.

Secrets are a heady mix of concealment and invention, an amalgam of lies made fantastic through silence.

If the confident caress memories of transgression, neither repeating their worst offense nor forgetting their best getaway, the headier get high on deceit. Cheaters cheat twice. Liars can’t stop. Killers kill again (if you believe television).

But the age of transparency puts secrets under siege. What’s hidden consorts with the bad. Priests fondle children, war criminals lurk, would-be assassins scheme. Secret-keepers are scourges of the earth.

Exposing the “greater hidden” not only scares scourges but also confers nobility on truth-seekers, a messy process with a tidy endpoint.

But repairing one things often breaks another. Issuing an all-points bulletin on secrecy suffocates shadings. If revealing secrets is noble, then secrets, and they way they’re made, can’t be.

Yet human identity depends on concealment, a process that hosts both passion and madness, sometimes both. Secrets can reflect eccentric strength of character. Silence and suppression can yield visionary results.

Go tell that to pop cultures, which portrays the keeping of secrets as an adjunct to mental illness, the sufferer delivered to therapy, medication and rescue. There’s nothing ingenious about what you hide.

Instead, secrecy is a form of doubt in need of repair, symptom of a larger but potentially fixable malady.

In 1985, the Czech novelist Milan Kundera articulated the risk posed by the indiscriminate digging up of all that’s not said. “We live in an age when private life is being destroyed. The police destroy it in Communist countries, journalists threaten it in democratic countries, and little by little the people themselves lose their taste for private life and their sense of it. Life when one can’t hide from the eyes of others — that is hell.”

Absent Kundera’s explicitly broad sense of the private, restraint stops meaning much, so does the importance of the veiled and the unsaid.

It’s no wonder social networking hinges on indiscretion, which is a caricature of the anti-secrecy. As a result, dialogue turns unreserved and often vile. Insults, which are secrets roasted on a public spit, decorate the hell Kundera foresaw.

Personal behavior is burrowed into for evidence of the gross, with diffidence seen as weak and hush a synonym for tucked away vulgarity.

Enter the plight of the Catholic Church. It must own up to evidence of priestly pedophilia while confession, its centerpiece institution, exalts literally almighty privacy. The Church must “relearn penance,” says the pope. “Forgiveness doesn’t substitute for justice.”

But eviscerating the blur doesn’t sit well. “Secrecy and reserve, even in their positive aspects, are not values cultivated in today’s culture,” the Vatican press spokesman said recently, and ruefully. “We have to be able to have nothing to hide.”

Yet the urge to hide remains unquenchable, particularly in the Latin world, where the translucent is still considered more intellectually interesting than the transparent.

Not so further north, where personal deconstruction fuels a public entertainment system that depends on persecuting privacy. Voyeurism is the norm and the surreptitious “gift” of torment is hunted down by would-be fixers.

To Kundera, “lack of respect before personal life” was an assault on the integrity of self-awareness. “Without secrecy,” he concluded, “nothing is possible — not love, not friendship.”

A society that celebrates the act of clarifying and magnifying all around it gradually comes to hold the blurry and the not-understood in contempt. It knows only to expose.

Leaving painfully little to whisper about.