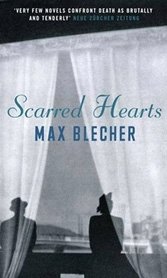 By Translated from the Romanian by Henry Howard

Ailing writers have long used sobering or uplifting memoirs to give fatal illness and their fading literary selves a hail-and-farewell dimension. Sickly Max Blecher (1909-1937) took a slightly different approach, transforming fictional reminiscence into a novel that recounts a young man’s yearlong confinement in sanitarium on the northern French seacoast.

Chemistry student Emanuel is diagnosed with Pott’s Disease (spinal tuberculosis) and dispatched to the upscale if dour Berck sanitarium near Calais (Blecher had many such clinic stints). A favorite TB treatment at the time was fresh air and full-body cast immobilization, with mountain and “maritime” hospitals seen as ideal. Once inside Berck, Emanuel meets a cabaret cast of sheaved-in-plaster mummies — “sticky little animals” — whose comically macabre tendencies are the zoo-like clinic’s choreography. This is not “The Magic Mountain,” though Romanian Blecher was a contemporary of Thomas Mann. There is none of the German writer’s dense ambition. More to the point, Blecher was dying.

Made into a “hybrid statue, a strange combination of flesh and plaster,” Emanuel comes to see the apparent mirth around him as part of an elaborate if futile structure made from denial and delusion. A malfunctioning body, he recognizes, is a thing of “paltry worth,” a betrayal of a sort. His story is a poignant walk on TB’s surreal side, a rare peek into a place where the living dead — supine but feigning normalcy — carouse, copulate (“they rub their casts against each other…”), drink and despair. Some grow so fond of rehab melancholy (“a subtle poison”) they refuse to leave. Others, like Emanuel, muddle through hopeless romances and bouts of depression.

“The heart of an invalid,” muses one dying patient, “sustains so many knife-wounds during a lifetime that it becomes scarred.” This is an intriguing work whose subject — the vicissitudes of illness and confinement — exists outside time.

The little-known Blecher died at 29 a year after the publication of “Scarred Hearts.”