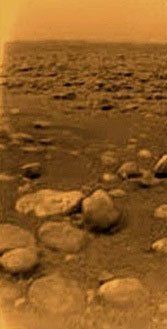 Once in many lifetimes.
T

hree old friends reappear thanks to email. One is now in a wheelchair. In the photo he looks well but worn down. It’s been two decades. Time is unkind enough to human hosts. To which you add disease.

The man was my roommate in college. In a frayed album I see him wearing a bandana with a football tucked under his forearm. That was a cold winter day in Manhattan. I fell and gashed my elbow on a subway grate. He took me to the hospital. My scar is now a rumpled patch on a narrow elbow whose skin has begun to sag.

My other friend is not in a wheelchair, though in a different sense she’s unmoving, depressed.

I should have seen her when last abroad but work interfered. Work interfered, or so I said. In fact, I didn’t want to see her cancer.

I don’t know when she caught it. Her messages are upbeat, tender, kind. If we don’t meet now we’ll meet in paradise, she says.

She was once beautiful, witty, sassy. We met in the 1980s, when we were still immortal. She was all energy. Her auburn hair kicked back when she laughed.

We then lost. I was complacent. She had a family. I could have called. I didn’t.

The third friend is in touch with good news: She’s had a daughter. The infant’s face, in the photo, looks midway between a cherub and blob. But I’ll take her.

The woman was my girlfriend before she became someone else’s wife. She sent two dozen photos of her first child, as if all that soft taffy represented her own rebirth. But she’s happy.

My roommate, my colleague, my girlfriend: Memories pile up like stones in a quarry. I can’t get out from them.

At the terminus, the bus driver demands that I step off. I’m distracted.

I walk into the post office, just reopened after two years of renovation. There’s neon and a help desk. Computers affix postage. All is user-friendly.

Where a giant mosaic portraying ancient Rome once stood, there is a wall of digital numerals and flashing arrows. The mosaic was once a meeting place. “I’ll be under the map,” I’d say. The poet Lino Curci always demanded I meet him at that spot.

Curci loved space travel. He was sure we’d visit Venus and Saturn. He wrote about the trip. But one day he dropped dead of a heart attack while coming to meet me.

The news says a tiny probe has landed one of the smaller moons of Saturn (there is now a live TV feed in the buildings). The probe is broadcasting data about methane and fog. The temperature is 300 below. The scientist in charge is interviewed weeping at the success of his machine. It has furthered Earth’s legacy, he says. No one else will ever see such a things, he insists.

My former roommate has a dog. The disease has crippled his speech so his wife speaks for him. The dog doesn’t understand his handicap. The dog’s affection is constant.

Again I’ve been distracted. Prego, says the young postal clerk. What do I need?

But I ask about the mosaic. She doesn’t understand. The mosaic, what happened to it? I ask. The mosaic must predate her, she replies. She only began working when the post office reopened. Tanti cambiamenti, so many changes, she says.

As I leave I pause to look again at the TV feed, which has come around again to news of the probe. This, says a man, is a moon of Saturn. It is a memorable day.

The images end. Thank you, says a moderator, and the sportscaster follows.