Sanding along the grain 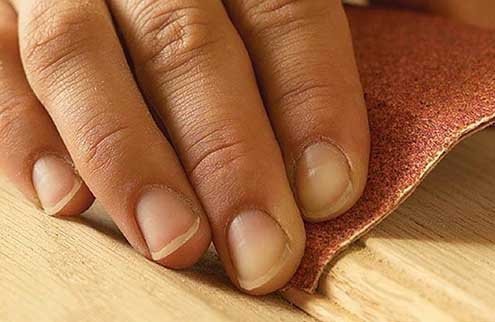 #8220;If your hands get too close to the blade, you’ll cut off your fingers. So be careful.” It was a word of caution from my brother. I was running a piece of wood through a fast-spinning table saw. I hadn’t cut a board since high school but the machine’s “bvrrrr-rrrr” sound made it all come back to me. It took laser-like focus.

I was the only girl in my high school wood shop class and I was a wiz. I could spot a true board, measure to the eighth and sand along the grain. The boys in class — who never paid attention — would come around to ask for advice, which I considered the highest compliment. “How do you make a dovetail?” they’d ask. “Let me show you,” I’d reply proudly.

But that was a long time ago.

Now, here in my brother’s workshop, my old skill was being tested. In his garage were the tools of his trade: joiner, planer, table saw and drill press. I recalled them all. Scraps of wood were piled in plastic bins and lumber leaned up against a back wall.

When I booked my visit to the American southwest it was so that the two of us could go hiking or sit in mineral springs. I imagined discovering slot canyons and examining ancient petroglyphs.

Now I wondered if he’d planned all along to get me into his wood shop for some project. I couldn’t say. At that moment I was locked in on keeping all my digits.

When I pushed my piece of maple through successfully, I was thrilled. I felt accomplished milling a board that was square and true. Holding it, the world made sense, things were right. I ran my hands up and down its length and admired the grain.

“Good job,” my brother said. “Now we need to do the same thing to all these pieces.”

‘All these pieces’ were parts of a cutting board we’d decided to make. Eighteen inches long and nine inches wide. A project easy enough to finish in a day and something I could bring home to New York.

I watched my brother handle the wood. He called out the names like old friends. “This one is pine. It’s too soft so we can’t use that. Maybe the ash or this oak.” Then, with outright awe, “Would you just look at that grain on this piece.”

His hands were red and raw and I felt the need to hand him some balm. But he was unconcerned. Holding his tape measure and metal square, he was locked in. I was simply following him.

YouTube is all the rage for learning how to do things. There are videos on how to change a tire, harvest honey from a hive, sew a pillow from a napkin or make dinner in 10 minutes flat.

But videos can never replace the feeling of working next to someone who knows their craft. Observers learn from their every move and gesture. Knowledge is communicated in nods and tone of voice. It’s a force field one walks into and becomes at one with. A single statement of praise generates pride and inspires years more of learning.

And so it was for me.

When I had entered the garage earlier in the day, my old potential lay dormant. Now, the wood and machines worked with us. The cutting board was coming into fruition and I was hooked.

After all the slats were true and planed, we glued them together. Then, though various grades, we sanded down the scuffs and polished with a coat of mineral oil. Then, magically, the wood came to life. The grain lit up and in it I could somehow see sun bursts and passing clouds.

“So, what do you think now that it’s finished?” my brother asked me. “I think it turned out great.”

My heart filled with pride. The cutting board did look great. And it would fit perfectly in my kitchen. But could I ever put a knife to this perfection?

Strangely, what I saw most was not a cutting board but the southwestern landscape, its bright sun, the open desert, the far away mountains.

Not even the territory I’d hiked but the sense of time and place I’d carved out by my brother’s side, in the wood shop in his garage.