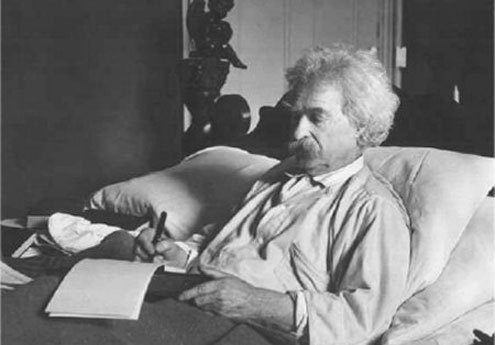 hat is it that confers the noblest delight? What is that which swells a man’s breast with pride above that which any other experience can bring him? Discovery!

Years before Tom Sawyer fell in love with Becky Thatcher and Huck Finn braved the currents of the Mississippi River to free Jim, the writer Samuel Clemens, better known as Mark Twain, joined a group of American gadabouts aboard the steamer “Quaker City” for a pilgrimage to Europe and the Holy Land.

Already a famous travel writer when he boarded the vessel in 1867, Twain’s job was to record a blow-by-blow of his adventures for the San Francisco newspaper Daily Alta California. In 1869, his chronicles appeared as the travelogue “The Innocents Abroad.” The book sold 70,000 copies, making it the greatest commercial success of his lifetime.

One would think that Twain — maestro of riverbank yarns and travel writer extraordinaire — would have taken a shine to Rome. After all, what is Rome if not the majestic invocation of Western imagination innovation, exploration?

Pen and paper in hand, Twain took one sweeping look over the Eternal City’s fabled seven hills, deflated a sigh, and put the tools of his trade to work. “One charm of travel,” he wrote, “dies here.”

Why so glum, Mr. Clemens?

Twain’s Rome (arguably, not so different from today’s) was a despoiled treasure with a hackneyed list of must-see, mega-attractions. “Of course” we saw this and “necessarily visited” that, he deadpans. Like many worldly, leisure-class Americans searching for European adventures in the second half of the 19th century, Twain found Rome’s ancient bricks and marbles sullied by centuries of discovery before him. “What can I discover? Nothing whatsoever.”

With not a Holy Grail in sight, Twain packed his chronicles for the New World full of cautionary tales from the Old.

Born during America’s booming Second Industrial Revolution, Twain’s views were staunchly imperialist until the last eleven years of his life (he eventually denounced imperialism during the Philippine-American War).

Not surprisingly, he cynically dubbed the locals “modern” Romans and scoffed at their sloth, superstition and “boundlessness of ignorance.” Everything from their dress to their religion to their agrarian living offended Twain and his New World values. His sage advice to these primitive peoples? “Go to America, and see, and learn, and return to the Campagna and stand before [your] countrymen an illustrious discoverer.”

The great discovery awaiting these anachronisms in the transatlantic Promised Land is a thriving, progressive culture devoid of an “overshadowing Mother Church.” As was the case with a host of American literati making The Grand Tour at the time, the Protestant Twain despised the omnipresent papacy, and laid blame for Rome’s dysfunction squarely on the decadence and hypocrisy on display in their holy behemoth, St. Peter’s Basilica.

“The trouble,” Twain wrote of St. Peter’s, is “that everything in it and about it was on such a scale of uniform vastness that there were no contrasts to judge by.” The mother of all churches is also the mother of dizzying dimensions. Architecture, art and ornamentation are reduced to a monotonous catalog of height, length and width. A workman hanging from a pillar by a rope appeared to Twain a spider dangling from a thread. The metaphor is all too clear. For Twain, humanity is an endangered, insignificant speck in this decidedly not-so-Christian pile.

This pleasant little revelation inspired Twain’s mockery of holy relics and raillery against the Inquisition.

At the Mamertine Prison where St. Peter was held captive, a “discrepancy” between a human size print of St. Peter’s face in stone and a ten-foot-high pair of his footprints, also in stone, confirmed Twain’s “unbelief.” As for the Inquisition, when reflecting on the difference between ancient Romans persecuting Christians and the Church’s crimes during the Middle Ages, Twain derisively wrote, “One is the system of degraded barbarians, the other of enlightened, civilized people.”

And what of these “degraded barbarians” who slaughtered men for sport in the Ancient Roman round? When Twain visited the Coliseum, the implausible happened. He made not one discovery, but two. What luck!

Lying amid the “rubbish of the arena,” Twain found a playbill for a day’s worth of “Unparalleled Attractions!” along with a copy of the “Roman Daily Battle-Ax,” a critique of that day’s raucous events. Fictitious discoveries that allowed Twain to indulge his fantastic, action-packed imagination were the best the satirist could hope for on his disappointed Roman Holiday.

After Twain waded through centuries of Papal hypocrisy with hardly a spark of whimsy, what these rowdy vignettes ultimately disclose about his 19th century Rome is akin to Marlow’s revelation about the “degraded” Kurtz in another famous narrative about “civilization,” Joseph Conrad’s “Heart of Darkness”: “Pure uncomplicated savagery is a positive relief, being something that had a right to exist obviously — in the sunshine.”