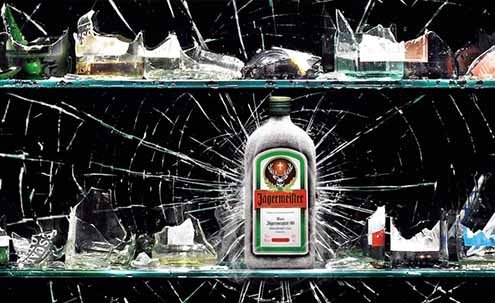 Break something in Australia? Don't think about a doctor.
L

ongevity has been on my mind lately. I was trying not to get blown into oncoming traffic the other day when I passed our small town’s wall of death notices.

The wind blows with brutal force in the sticks. Like the children of villages near the Arctic Circle, Manciano’s offspring are raised for the harshest weather. It’s why my husband Giulio almost asphyxiates himself every time he puts on his scarf. There is no such thing as too tight when you’re navigating the desolate wind-swept plains that divide our front door from our car. I swear he’s considering investing in a balaclava to match the turn-of-the-century motorcycle goggles he whips out every time he gets out of the car.

The other day, I was conspicuously without a jacket and inconspicuously avoiding striking up a conversation with the lady coming my way. On our first and only meeting she said I had fat ankles, fatter than both she and my mother-in-law combined. I still haven’t really gotten over it.

I hail from Australia, the second fattest nation in the world, a place where most everyone gets skin cancer and it’s hard to find anyone who hasn’t stumbled on a deadly spider or snake while trying to take a midnight leak. A stingray murdered one of our greatest icons and our national dish is pastry wrapped around an assortment of gravy laden mystery meats. In other words, we’re not high on life expectancy.

But Italian women and men, especially those in small towns, take another approach: living to at least 100. Presumably it’s all about clean country living and olive oil. Yeah, now pull the other one.

I’ve lived in rural Tuscany for long enough to see through the extra-virgin stereotype. I go to the supermarket. I see Italian housewives elbow each other in the face to get to the Findus frozen fish fingers while the bored woman at the fresh seafood counter catches up on the latest Mills & Boon.

Do you really want to know why rural Italians live forever? It’s because they’re bloody hypochondriacs. They wear their non-life-threatening hospital visits like badges of honor. They engage in a subconscious warfare to see who can amass the biggest stockpile of prescription drugs without actually having been issued any prescriptions. They discuss cold and flu symptoms like you discuss your wild weekend at work.

I have never met an Italian who hasn’t felt it necessary to regale me with their long list of maladies. In winter, the conversational fodder very rarely strays from who’s had a fever the longest. I honestly can’t remember the last time I had a fever, but I swear my mother-in-law gets one so often it’s a miracle she doesn’t have brain damage.

Just before we headed to Australia for Christmas, I had to hide under my desk as she literally chased me with a syringe. I have my doubts about the flu shot, but I have even stronger reservations about it being administered by a former baker turned professional Barbie collector.

We Aussies are firm believers that anything that doesn’t kill you is a flesh wound and can be cleared up with a couple of shots of Jäger. My brother kicked a soccer ball with such force it broke my nose when I was a kid. I ran crying to my mother who simply snapped it back in with the palm of her hand. There was no talk of doctors.

It wasn’t a win for parenting, but it was a win for common sense. The Italians have such a comfortable relationship with prescription pills that they can self-medicate any scenario. My husband can’t remember where we keep the pasta bowls, but he does remember what combination of drugs you should take next time you get gastro. And don’t worry if you run out of syringes, you can buy a pack of 50 from the local discount store. They’re next to the boxes of tobacco and marijuana-scented air freshener.

Before I met Giulio, I didn’t know there was a difference between a bellyache and a stomachache. It has something to do with the belly button… and I don’t remember the rest because something shiny caught my eye. Suffice to say I won’t live long enough to get a letter from the queen. But it sure beats baring my backside to my mother-in-law once a year while she admonishes me for not visiting the gynecologist often enough.