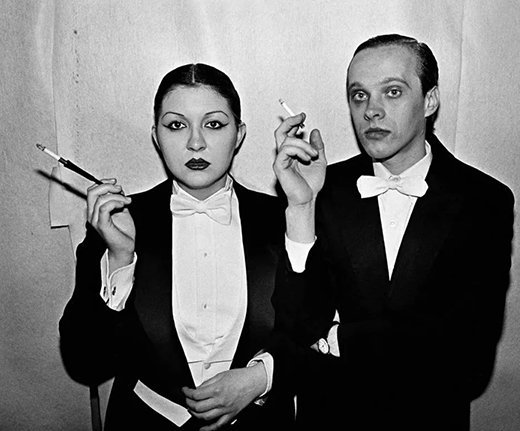 The goings on at Studio 54, just down the strett, alarmed Ruth to the point of panic.
M

y aunt’s friend Ruth was ahead of her time: She suffered from relentless anxiety. I stayed with her from time to time while visiting New York City from Rome in the late 1970s. She lived on West 52nd Street, a few blocks from the then-disco club “Studio 54,” which to her represented an alien implant populated by potentially carnivorous interlopers.

“It’ll be the death of me, all those wild people hanging around. Who knows what they’re really up to. They make my nervous. I can’t sleep.”

I would reassure Ruth that the club posed no threat — not at least of cultural collapse or inducing nuclear war, but my reassurance did no good.

“I’m anxious. I’m nervous. It all makes me nervous.”

The “it” was never named and Ruth never considered seeing a psychotherapist, at the time reserved, at least in her thinking, “for slobs who have money to waste.” Shrinks, she said, would eventually drown in their own medications (and in this she was right).

She was too scared to go to the drug store — the variety daunted her — so I went for her.

She was terrified of picking up the receiver of the jet-black phone, believing the call would almost surely involve bad news.

She wanted no part of her son and daughter-in-law because they looked unhappy in her presence, “like that old Gothic American picture,” reversing the order of Grant Wood’s painting.

Ruth had her own Gothic streak. She lit seven candles to “make peace with the world,” but paid no attention when the wind blew them out.

She considered the roaches that lived in the kitchen of her one-bedroom, rent-controlled flat “bugs put there to try to intimidate me.” By who wasn’t clear.

Ruth feared flying, disapproval, rejection, slush, injections, and houseguests, in no particular order. I was exempt from the houseguest anxiety because I listened to her, sometimes for hours.

New York had turned into a “dark Alhambra,” she murmured, and during much of the 1970s the description suited a city in decay.

No patience for son and daughter-in-law: “like that old Gothic American picture.”

She was also anxious about transvestites, since some would wander from their lower block haunts on 42nd and 43rd streets. “You can’t change your body without changing your mind, and when your mind gets changed anything can happen.”

Unnatural change worried her. I understood, I said.

She worried she might not sleep that night so she took a sleeping pill early on to be ready, and fell fast asleep on the couch. Cooking was dreaded, at least on some days, so she’d ask me to get up and put a TV dinner in the oven. These dinners actually amused her since she didn’t have a TV.

Years later, in this, the official age of anxiety, I cannot remember what did not unsettle Ruth. Today, when many swear by panic attacks, giving each a seismic reading, the likes of Ruth would perhaps have been more ay home.

But Ruth didn’t know panic attacks by that name, instead calling hem her “let me out of here” moments. One day, when a mailman delivered a registered letter (for me), she thought it might be an eviction notice and suffered a “let me out of here” moment that left the mailman in a state a shock. “Never meant to scare her,” he told me, as I tried to explain and apologize.

My aunt Ethel, a sage, was unmoved by all this. “We’re in an age of anxiety, and Ruth’s just one step ahead of all of us. Mark my words. Pretty soon we’ll all be in the nuthouse, on overload.”

I did mark her words, “overload” in particular, because before the web brought suffocating choice and instant gratification (and turbo-powered anti-depressants), Ruth was already overloaded. What she craved, a message from within that all would be fine, all fears mitigated or made to go away, refused to materialize, leaving only Studio 54’s aliens. Her worries gained the upper hand and soon escalated into self-fulfilling angst that gladly boredom amplifies.

I stopped staying with Ruth in 1980, when close friends with a large apartment moved to Manhattan. I visited her on occasion, but by the mid-1980s, in her late 60s, she began suffering from dementia. She turned calm as lapses imposed a new order. She’d ask me my name. “Remember how you were once so anxious?” I said one day as she stared vacantly into the kitchen, her helper making lunch.

“Anxious,” she said, thinking about the word. “I was anxious?”

“You don’t remember your ‘let me out of here’ moments?”

She again paused and finally replied, “I think I’ll stay,” but she suffered a heart attack later that year. It might not have been fatal, but Ruth, in a return to form, refused to go to the hospital. “Doctors scare me,” she told her helper, and as if to prove her point, she died.