Rumors of my death 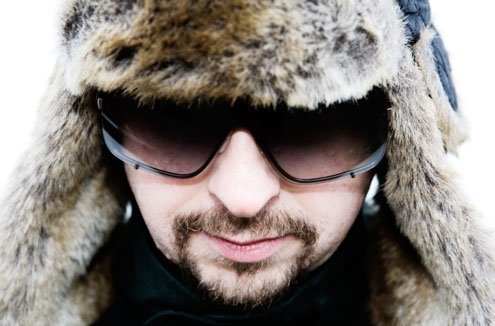 Steve Goodman went from observer to participant under his own alias, Kode9.
I

t’s funny to think that, in the wake of the EDM explosion, “dubstep” as a genre seems almost antiquated. Skream and Benga’s big nights out, the sickly “wub,” endless ribbing about “the drop,” Skrillex winning a Grammy, vapid summer festivals — everything about electronic dance music has an old news feel.

That’s what makes Steve Goodman’s Hyperdub label such a vital and fascinating proposition. The label’s latest release, Hyperdub 10.1, is the latest proof.

Goodman is one of dubstep’s originators, an avid fan of the hardcore continuum and documenter of London’s early-2000s electronic microgenre culture. After following the rise of 2-step, garage and grime at the turn of the millennium (with an online zine and radio show), Goodman went from observer to participant under his own alias, Kode9. The name first appeared on the Rephlex label’s Grime compilation in 2004. Later that year, he founded his own Hyperdub label and released “Sine of the Dub,” a mutant version of Prince’s “Sign O’ the Times.”

In the decade since, Hyperdub has become an institution in the UK underground. The names are practically a given, their releases canon: Burial, The Bug, DJ Rashad, Flying Lotus, Ikonika, Zomby. As dubstep took shape, crystallized, then splintered, Hyperdub has been at the forefront.

As Hyperdub 10.1 shows, it’s also in no danger of being left behind. The compilation’s placement in the label’s discography is interesting. Unlike the label’s other collection, 2009’s 5: Five Years of Hyperdub, 10.1 is a far better representation of what the label can do. Call it the wisdom of hindsight. Things have evolved; so has Hyperdub.

The two-disc, 36-song compilation is split into mostly new material on the first disc and 17 familiar cuts from the last five years on the second. The ethos behind 10.1 is a focus on the “dance floor dimension” of the label’s personality.

To drive the point home, DVA’s “Mad Hatter” kicks off the first disc with a thumping beat that then breaks into a wobbly, twisted melody and sliced female vocals. There are familiar sounds, of course: Kyle Hall’s “Girl U So Strong” is a half-speed roller that dubstep heads will love, a traditional track with cowbell for imagined propulsion. Old guard Mala appears with “Expected.” Champion’s “Bowser’s Castle” plays with 8-bit melodies over a speaker-knocking low end. Funkystepz’s “Hurricane Riddim” is a noticeable reminder of the connection to Jamaican dancehall and reggae culture.

But it’s Hyperdub’s embrace of other sounds that really makes the compilation stand out. Aside from Mike Paradinas’ Planet Mu label, no one has taken up Chicago’s footwork quite like Hyperdub. That sound is ably represented here by the late DJ Rashad, Gant-Man, DJ Spinn, DJ Taye, and DJ Earl. There’s the neon hi-hat brilliance of Kuedo’s trap-influenced “Mtzpn,” with Joker and Ikonika representing the funky.

By keeping one foot firmly rooted in the music’s origins and another firmly planted forward toward whatever rhythmic developments and designs may lie ahead, Hyperdub remains more than just a passing flavor or “the label that put out Burial’s Untrue.”

What may be most impressive about this compilation is that there are three more still scheduled for the remainder of 2014. With this stuff, you can be sure the journey will continue. You can also be sure Hyperdub will be a key part of it.