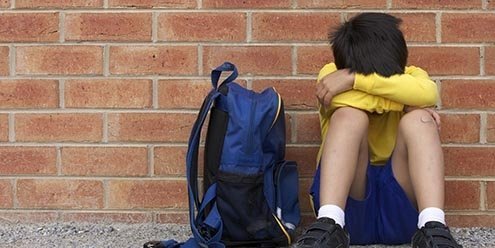 Bullying and the damage it causes are a big part of culture as we know it.
B

ullying is a huge problem in British schools and workplaces. If you believe popular culture, it’s just as bad in the United States. “The Big Bang Theory,” which my kids love, seems to mention some kind of bullying in almost every episode. Though the writers of the show usually handle it in amusing ways, actual bullying is devastating. Yet it’s a big part of the culture we live in.

Perceived wisdom for parents is that kids have to tough it out. They need to learn to deal with it or face being minced in adult life. There’s some truth in that. Since bullying is endemic, developing coping strategies is a must.

But what if you didn’t have to? What if you lived in a society that refused to tolerate bullying? Wouldn’t that be better?

Well, it seems that as a farm family in Italy we do.

I can only speak of Italian life in terms of Le Marche and the area around my town of San Ginesio. I’m sure other Italian regions (never mind big cities) face different realities. But where I live the bullying problem doesn’t seem to exist. When we first came to Italy my oldest son was badly bullied by two English boys, not physically but psychologically, and it took me a long time to convince local teachers that it was even happening.

“How is it possible?” they kept asking me. “That doesn’t happen,” they insisted. But my son was undeniably miserable and distressed and I was frustrated to be so unable to help him. Surely this couldn’t be the region’s first encounter with bullying?

I was only able to convince his teachers of the problem after I told them that he’d started behaving horribly to his brother. Why this was the clincher I don’t know. He was moved to a smaller school in a nearby village. This was his salvation but it also affected his schooling for years afterwards. Though he’s now a strapping 17-year-old and a popular member of his class at an agricultural college, it took him a long time to recover.

My own experience in British schools as well as running a Montessori nursery school in London taught me more than I ever wanted to know about bullying. I saw teachers colluding with bullies against children. I saw teachers being bullied by a class and by their colleagues. It was so common that it seemed like there was some sort of implicit social understanding that certain people deserved what they were getting.

Not here. I’ve run summer schools for Italian children in English for years and watched children behave in a completely different way. Let’s be honest. English summer camp is never going to be the first choice among the cool kids. My classes contain a mixed bag of children, some on the nerdy end, kids who in England would immediately be teased.

Here it simply doesn’t occur. All the kids want to enjoy the experience and they can’t if one of their own is miserable. As a result, the atmosphere is more inclusive if not divine. They’re not angels, no, but making people miserable isn’t part of their culture. The same is true in my local and rural workplace. A manager who allowed bullying would be held accountable and punished.

I sometimes think that pinpointing what is it about Italians that makes them more civil and applying it to the world at large would improve global relations, which God knows could do with all the help it can get.

I once asked my son what he thought about it, since he has unique experience as well as considerable insight into local life.

His answer was quick and simple.

“It’s the way they’re brought up, Mum,” he told me. “Their Mums rule the house, they don’t put up with any of that.”