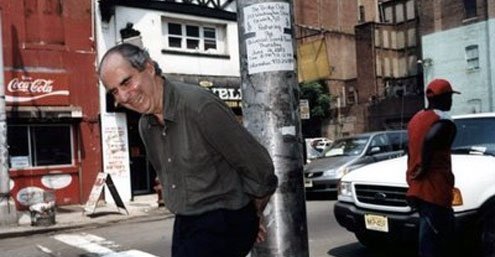 Why are Roth's women so often badly-developed?
R

oth’s on a run. Thirtieth book in his career, “The Humbling” makes his fourth book in three years. A wicked publishing hit. Still, you read them all, even this latest, novella-size work. What’s length? Wasn’t his rep jumpstarted by that haunting debut short novel “Goodbye, Columbus”? From opening lines, his electric prose urgently rushes the reader down the page, and on.

Starting gate here: “He lost his magic.” At sixty-six, famed stage actor Simon Axler was double-billing Prospero and MacBeth at Lincoln Center. Suddenly: “His Macbeth was ludicrous.” He mangled Prospero’s words. He understood this part of his life was permanently over. “His subsequent breakdown was colossal.”

Riding his fame, Axler met a very Rothian quirk of destiny. The author’s patented brand of event horizon. Once it’s been crossed, nothing will be the same. Axler’s humbling was a disaster.

But the actor’s real tragedy? His subsequent failure to accept life’s turnaround. Roth has a mean eye for human frailty. The sort of built-into-the-species weakness you instantly recognize.

For the crack in the looking-glass is you.

When Axler loses his creative gift, life’s debris avalanches around him.

He’s a distraught psychotic. His wife walks away. He fantasizes taking the attic-stored rifle and putting its barrel in his mouth. Terrified by desperation he enters therapy clinic for failed suicides. It is gruesome company. A month later, he returns to the isolated and empty country house he once enjoyed.

For a while, Simon now seems to acknowledge his life’s inevitably altered script. Seems to recognize those accidies of old age the star had ignored. The already serious spinal problems worsen. At times a leg stops working.

But Simon remembers his fame and career. Homebound old age is the pits. He’s ready for a good evasion. Aren’t we all?

His chance at delusion? When another Rothian quirk of fate arrives. Right at his door. She’s the fortyish lesbian Peegan Mike. The daughter of old friends he hasn’t seen or contacted in years. Roth wryly titles this part of Simon’s tale “The Transformation.” It’s a double call. Pointing Peegan’s swift transformation into desiring heterosexual, and Simon’s new lover. And Simon’s apparent new lease on life.

Axler’s in denial, and likes it. He chooses to believe in Peegan’s sudden, ecstatic love for him. In her rapid change of sexual identity. She drove to his door unannounced. He chooses to accept her explanation. Wasn’t she just curious to see if her parents’ old pal really lives so near her new home and job? It’s “fun” to meet a big acting star. And is he with anyone?

He’s crippled; she’s an attractive lesbian. He’s rich; she’s poor. He’s famous; she seduced a female faculty head to get a job. Why is it so hard for some men to put two and two together?

And why are Roth’s women so often badly-developed? Peegan’s both deceptive and transparent. But only God knows what her motivations are. One more in the writer’s lifelong skimp on female characterization.

Yet — as you read — doesn’t he ever get away with it. By preference a third-person narrator, Roth can only tell us what his protagonists know. And they are all male. With so much to say. Torrentially. About themselves. In “The Humbling” Roth delivers a white-knuckled detailing of self-deceit that forces other character questions off stage. Past his mid-sixties, the ex-actor imagines ” reclamation of exuberance,” back to the “pure force” he had in New York at 22.

Isn’t Peegan his chance to regain that? She reports a conversation with her mother: “I’m trying this (heterosexuality) for the first time… enjoying it… But I couldn’t yet declare it’s the permutation I will always want.” Simon hears, but won’t listen.

She’s into semi-porn. When “enjoying” crippled Simon, riding her celebrity, she likes to wear her harness with big green leather penis. Peegan’s otherwise weak credibility here depends on Roth’s barrage of realistic details. On abundant descriptions of her sexual role-playing.

(btw: These frank accounts hold no shock-material. Not if you’ve seen a movie or watched a TV serial in the past 10 years.)

So, after the games are over, here they are: two humans with such hugely varied scripts. One, an old man, already humbled. Now lost in self-deception. Where can all this lead?

To Axler’s final scenes here. With his trademark cauterizing irony, Roth titles them, “The Last Act.”