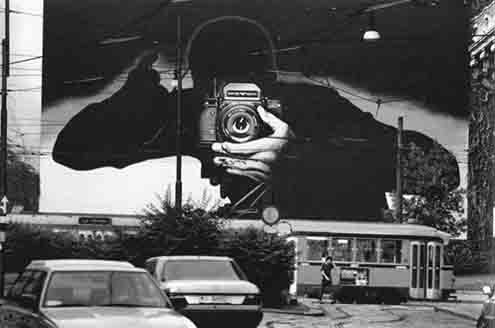 his is my 25th year in Milan. Not only does this represent almost half my life, it is also the longest I have ever stuck with anything. The city was a different place a quarter of a century ago, though some seeds of now-mature change were just poking through.

In 1992, Milan’s days as Italy’s Akron, Pittsburgh and Detroit rolled into one were over. Pirelli would soon stop manufacturing tires in Milan. The Falck steel mill and automobile and railroad-car plants were shuttered.

In 1992, the Salone del Mobile, the city’s furniture fair, was still a specialized trade show held at the city’s fairgrounds. There was no annual “invasion of the design people” dressed in black and sporting funky eyeglasses. And no week of nonstop aperitivi and pretentious design “installations.”

In 1992, international brands had not yet colonized Via Montenapoleone, the city’s famed shopping street. Well-to-do Milanese still had their dress-up clothes made to measure. They purchased sportier things from multi-label stores whose selection reflected Milan taste. For old-line Milanese, designer labels were something nouveaux riches made for other nouveaux riches to wear.

In the Milan of 25 years ago, fancy restaurants were the old-fashioned, “continental,” white-tablecloth kind. The only non-Italian restaurants were Chinese, where Italians were sure they cooked stray dogs. Sushi was considered disgusting. There was no Eataly and no bio, no trendy pasta shapes or “heritage” brands. “Luxury food shops” were not a category. The only things close were Peck and the Salumaio in Via Montenapoleone, which were just considered scams for the newly wealthy. “Celebrity chef” had no plural; there was only Gualtiero Marchesi.

1992 was a momentous year for my then-husband and me. The day after we arrived, my father died. A few months later my first child was born. My husband started his own firm.

We had come to Milan after four years in Rome and Paris, years that were a bit like a dress rehearsal or starter marriage. Milan, however, was the real thing; the final job, a family, grown-up life. We were filled with hope.

We were not alone. In Europe, the Maastricht Treaty that called for unification was signed in 1992. Europe hoped for a safer, smoother future.

Milan was full of hope, thanks to an upstart prosecutor whose actions in a Milan courtroom glued the entire country to the TV. Prosecutor Antonio Di Pietro was a new face from outside Italy’s political scene, a southern Italian and emigrant to Germany who had been a laborer before studying law. Daily, Di Pietro chipped away at the rigid and corrupt bond between Italy’s politicians and businessmen. Tangentopoli, as the scandals underlying Di Pietro’s trials were called, eventually brought down Craxi.

Action in other Italian courtrooms increased the exhilarating belief that Italy could clean its house, so much so that the scandal took on another name, Mani Pulite, Clean Hands. In Sicily, the successful prosecution of Mafia kingpins by star judges Paolo Borsellino and Giovanni Falcone suggested that Italy’s other bugbear —organized crime — would soon be defeated.

Violent left-wing terrorism was petering out too. During the 1970s, Milanese had feared going out at night and restaurants had doorbells. Armed robberies in restaurants by militants “self-financing” their terrorist activities were common. With less need for security and the easy money of the Craxi years, Milanese were dining out again.

In 1987, Italy’s GNP had overtaken Britain’s. Known as the sorpasso, this “overtaking” cancelled the humiliations of World War II and crowned Italy as the world economic power it felt it deserved to be. In 1992, Italy was still savoring this boom. Tangentopoli may have sent many businessmen into bankruptcy or jail, but the money did not go away. It hid out in Switzerland. Italy’s —and Milan’s — economic engine kept going.

But 1992 also brought the first shadows to the cheering horizon, when summertime bombs killed both Falcone and Borsellino.

Hope held through 1994, when Craxi’s protégé Berlusconi entered politics himself. Former Communist strongholds in Milan’s industrial neighborhoods as well as northern businessmen and middle-aged housewives saw Berlusconi as the new broom needed after Tangentopoli. Berlusconi’s critics worried about his shadowy connections with right-wing conspiracies and the origins of his real estate billions.

Twenty-five years later, we know how that worked out. There are some new faces, but the rigid and corrupt bonds between Italian politics and business are not much looser than in 1992. The surging Italian economy that outstripped Britain’s has now fallen back into the slow lane.

For me, it worked out differently. A second child followed the first. Twenty-five years later, they — and my grown-up life — are everything I could have hoped for.