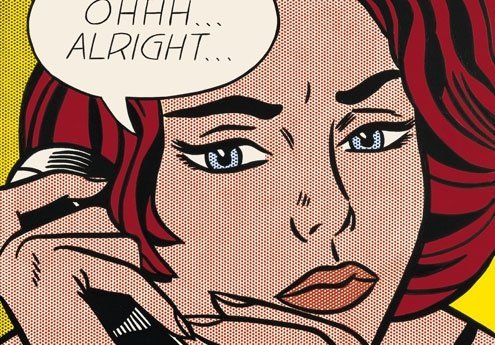 ost people would probably see me as the epitome of immorality. According to traditional ethics, I’m someone who’s chosen the easiest means of survival, a woman lacking in personality who sells her body as a commodity and because of that can be dismissed as a whore, a bitch, a slut, a prostitute, and so on.

I make no excuses. I had my own reasons for deciding to do what I do. I don’t see myself as a slut or a whore, let alone a bitch. I think straight. I have a strong character. I know how to please and how to listen. I look people in the eye. Most important, I can feel — which means I can give and I can take.

I came to Rome seeking a career, but unexpected problems intervened to blur my immediate future. I needed money and I needed it fast. And I decided that selling sex might be a short-term way of helping myself out. Would I do it if I had a choice? I still can’t say. And I may not know for some time to come.

Who am I? Call me Lia Io. I’m in my 20s and I live in Rome. And yes, I sell pleasure. But I’m not a pro and I’m anything but a veteran. My story is also the story of chance.

Strapped for cash, I found my first client a few months ago through a dating website. We chatted a few times and finally met for a coffee to get to know each other a bit better. He wasn’t particularly good looking in person. But you have to start somewhere and I chose him, and even if just barely — he was a half-an-hour late for our rendezvous. His excuse: car problems.

If it hadn’t been my first time I would have left. But I’d worked up to this day. I’d told myself “today or never.”

He was 49, or so he told me, and he called himself B. He had a smile on his face, was just a bit taller than me, and seemed a little embarrassed. B. fit into none of my sexual fantasies but he seemed pleasant enough.

To my surprise, I wasn’t nervous. B. didn’t seem new to such encounters, which relaxed me. Better to be with someone experienced the first time around, I thought.

The start was all small talk, typical of two vaguely embarrassed people (“How are you?””What do you?”)

We switched to business only after we’d become a bit more comfortable chatting. B. told me he wanted an hour or two of my company and told me what he’d be willing to pay, to which I agreed. We set up the day of our encounter. Round one was over.

Two days later, B. called with the details. He managed to convince me to make a one-hour trek across Rome, which involved buses and two metro lines.

That taught me lesson no. 1. If a man really wants you, he’ll either pay for a cab or pick you up and take you back.

But again, this was my first time, and part of starting meant doing whatever was necessary. We eventually met near a metro station where B. picked me up in his car. After that we drove to a hotel. Even then I remained totally calm.

I began thinking something was wrong with me. I mean, shouldn’t I be feeling uneasy just before having sex for money for the first time ever? Maybe this calm would be the exception. I just didn’t know.

We got to the hotel and B. turned on the TV radio and we showered separately. After that, I confidently told him, “I’m ready.”

Then, a strange thing happened. Though I wasn’t physically attracted to B., which meant that if he hadn’t been paying me I wouldn’t be having sex with him, I still had an orgasm. I still don’t know why. Maybe a mental switch turned off and I just soaked in the pleasure, without thinking about the man himself.

After we finished, he called me a hurricane, which I took as a compliment. Not bad for a starter.

During a sex pause, B. got up from the bed and said, “Okay, now it’s time for the rope.”

That scared me. I didn’t know how to react. I didn’t even know if he was serious. I knew about sex fetishes but I’d never been involved in one.

After a few seconds he took out the “rope,” which turned out to be some Italian sweets. I honestly never dreamed of munching on sweets in bed with a client. And, honestly, it was fun. It melted away the “business transaction” and opened the door to friendly conversation.

Talking and listening to B., I realized that what he wanted was a woman who could give him tenderness, who would listen to him and sympathize. Briefly, I was that woman.

He openly shared the details of his private life, as if by doing so he quenched a kind of thirst. And I enjoyed listening, because I’d wondered why a man with a wife and a mistress would need a pleasure seller on the side.

“I just needed someone different,” he told me.

After our “deep” conversation, we finished our “transaction.” B. then began dressing and told me to have a look at a book he’d left on the table which he insisted I’d find interesting. It was “Bridget Jones’s Diary,” but when I opened it I found my cash. I appreciated the gesture and the discretion.

As we drove to the metro stop, B. asked me how many clients I had.

“Well, actually you’re the first one,” I told him timidly.

He was so shocked he pulled over. It took him a minute to recompose himself, but when he did, he turned to me, held me, told me his real name, and said: “Please, always be careful. Not all the men are like me…”

We’ve since become friends. There is a first time in all things, and it always leaves a mark.