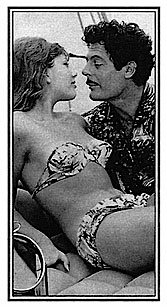 ook at any divorce statistics and you might well draw the conclusion that Italian marriages are made in heaven, and that couples that tie the knot in the UK or the U.S. are an argumentative bunch. Updated figures are hard to come by, but those for 2002 show that close to 50 percent of British and American marriages end in tears, while in Italy, less than 14 percent of Italian couples divorce. For the record, Belarus heads the league table, with 68 percent of marriages doomed to failure, closely followed by the Russia’s 65 percent.

I’m not sure where these statistics leave me, as I’m English but got married in Italy to an Italian. Presumably, it’s somewhere in the middle. But while the figures look grim for we Brits and North Americans, a quick survey of some of my friends here in Spoleto suggests that Italians may not have cause to be quite so smug about their marriages.

One friend of mine is having a steaming affair with another of my friends; while her husband has a regular girlfriend and — this being a provincial hotbed of gossip — there are rumors of wife-swapping parties. The parents of my daughter’s best friend have just separated, but the children don’t know as both mother and father are doing their best to maintain a semblance of normalacy. Another couple I know has a rock solid marriage, apart from the fact that it is common knowledge that the husband is bonking his secretary.

Meanwhile, the parents of another of my daughter’s classmates are in theory separated, but seem to spend more time together than a lot of married couples, attending children’s parties, teacher-parent evenings and social gatherings in tandem, and even going on holiday together. I’d like to ask about the sleeping arrangements, but being English, of course I can’t.

It’s no secret that many Italian couples choose to be separati in casa, living under the same roof, even though they can’t stand the sight of each other. That may be because Italians have more self-control and phlegm when it comes to handling difficult situations. Or, that they are more caring and worry about the undoubtedly dreadful impact of divorce on children. Or, maybe it’s just that they know when they are on to a good thing, and are clever enough to work out that it’s better to put up with the company of someone you don’t like than move out into some squalid bed-sit and eat Quattro salti in padella for supper every night.

As most divorced couples know to their cost, living standards tends to plummet when a couple splits the family home and assets, that is, unless you’re lucky enough to have married Paul McCartney. Of course, the obvious answer is that it’s harder to get divorced in Italy than it is in most other countries, and that many couples, knowing that it’s going to take a minimum of three years, and probably more like four or five, wisely decide that it’s not worth the hassle and spend the money they would have given to divorce lawyers on more enjoyable pursuits such as nice new clothes and truffles for dinner.

My own theory is that the experience of living with in-laws and assorted aunts and uncles, as most couples do in much of Italy, builds up good resistance to irritating behavior and makes people more tolerant to their partner’s quirks, even after the flames of passion have long died down.

Whatever the truth, I think the Italian style of resolving marriage problems has a great deal to recommend it, though coming from the chucking-saucepans-and-plates-and-anything-that-comes-to-hand school of conflict resolution, I’m not sure it would work for me. The finest example of live and let live that I have ever encountered is embodied by a friend of mine who was recently divorced from her husband. She has since remarried, but her old husband doesn’t have anywhere to go, so he’s stayed on at home (I’d like to ask about the sleeping arrangements here too, but of course I can’t).

Except on Fridays, that is, when he goes to visit his new girlfriend, with whom he has a child. The new husband has a very good job several hundred kilometers away, so he doesn’t actually live with my friend, but they meet up when they can. Sometimes, the three of them all go out together, and it’s not unusual for them to go on holiday as a trio. For the outsider, it makes life pretty confusing, especially when it comes to sending Christmas cards. But they all seem as happy as Larry, and I’ve never heard even the slightest sign of bickering.

So who am I to argue?