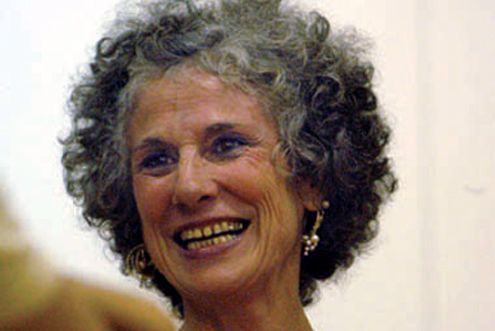 When dancer Roberta Garrison heard Miles Davis play the trumpet in the 1960s she got chills, and an idea. “I want to dance like he plays,” Garrison recalls thinking at the time, a girlish smile creeping across her face. Garrison is in her Colle Oppio apartment, a long way from her native San Francisco and the New York jazz scene that were once intimate parts of her life. She arrived in Rome in 1979, a widow with two young children. Against the odds, she decided to stay.

Now, at 64, she’s a mainstay of Italy’s contemporary dance scene, a noted choreographer with dozens of Italian credits and a teaching job at the city’s English-language St. Stephen’s high school. “I laid down a way of thinking about dance and choreography that had up until my arrival been foreign here,” she says.

But Garrison’s personal narrative is something altogether more complex, a canvass of personalities and events that cover some four decades and represent an excerpt from the history of American modern dance and jazz.

The petite San Franciscan with an unruly head of hair had a father who earned his way into medical school money playing jazz bass. In the 1950s, dancing to her father’s riffs, she began improvising. “I just did my own movement while my dad played. I’ve been improvising since forever.”

Though trained at the prestigious San Francisco Ballet School and as a dance student at University of California Los Angeles, the syncopations and improvisational nature of jazz excited her. Her life, meanwhile, seemed as improvised as her art. By age 25, she’d been married to and divorced to an Australian rugby player she met at UCLA. He returned to Australia with their daughter, Garrison says, but is reticent on the details.

Her mother wanted her to stay in San Francisco, or at least avoid New York City. “She was fearful that her wild child would run off and marry a jazz musician.”

Which is exactly what happened. On a night out among jazz musicians in San Francisco, a friend introduced her to Jimmy Garrison, who played bass with the legendary saxophonist John Coltrane. “It was love at first sight. He asked me to marry him two weeks after we met.” Impulsive by nature, she did just that.

Roberta and Jimmy Garrison, who was born in Miami but grew up in Philadelphia, lived together on and off in New York for a decade, beginning in 1966 and ending in 1976, when Jimmy died at 42 (Coltrane had died nine years earlier at 40). In that time, Roberta found herself immersed in cutting edge jazz and dance. The celebrated Judson Church choreographers, who worked out of a church in New York’s culturally tumultuous West Village, embellished Merce Cunningham’s “chance” techniques adopted in the 1950s. By the early 1970s, a new form, contact improvisation, in which bodies share weight, using touch to direct the movement, was born.

Yet at first Garrison shied away from dance. Her first child by Garrison, Maia Clare, was born in 1967; Matthew followed in 1970. “I decided I had to devote my life to family because I messed up my first one so badly. My first husband didn’t like that I wanted to perform.”

But Jimmy Garrison, who after Coltrane’s death had been playing with Elvin Jones, encouraged her not to let go of her art. “He said, ‘I married a dancer. Why aren’t you dancing?’”

So she joined the New Dance Group, which offered classes in ballet, jazz, and modern dance; she later worked with Marilyn Wood and Elaine Summers, exemplars of postmodern improvisational dance culture. Her forays into postmodern dance overlapped with the ground-breaking jazz scene into which she had married.

“Resolution,” the second track on Coltrane’s A Love Supreme, helped define her choreographic vision. The song, she says, illustrates the essence of improvisation. “Coltrane drops out and the rhythm section continues playing. At some point, by chance, they came [back] together at the same time. That is how I wanted to choreograph: to create a situation where the choreography will come together by chance.”

Choreographing to jazz music isn’t easy. The improviser must trust that moments of consonance emerge from chaos. Every Tuesday night in New York, Garrison’s Crosby Street loft became a postmodern playground. She promoted festivals and hosted informal dinners. “At that time, in the 1970s, there were jazz musicians from the west coast, Chicago, and St. Louis, all in New York, collaborating with dancers,” she recalls. Players such as David Murray, Henry Threadgill, Lester Bowie, and Dewey Redman all drifted in at one time or another. Garrison’s first piece, in 1973, united her with Jimmy and pianist Dave Burrell.

One evening, a group of Italian musicians, including trumpet player Enrico Rava and bass player Marcello Melis, appeared at the Garrison home. When Melis’s wife Nina saw the rich chaos, with music, dance, children and food, she thought a report on Garrison would be perfect for the RAI television program “L’altra domenica.” She got in touch with the New York correspondent for the show, a young woman named Isabella Rossellini, and suddenly Garrison’s scene was on Italian television. Rossellini’s then-boyfriend, who attended the taping, told Garrison, “No one does this in Italy. You should go to Italy.”

But Italy would have to wait. Her husband’s death devastated her. She didn’t dance for three months. Finally, friends dragged her back to work. “I was alive again,” she says. Then, in 1979, she was invited to participate in the second edition of Estate Romana, Rome’s summer culture festival then in its infancy.

In Rome, she worked with young saxophonist Maurizio Giammarco and singer Jay Clayton, who in turn had played with Bobby McFerrin and his Vocal Summit. The summer trio was a hit and toured several Italian cities.

Garrison’s Italian adventure had begun. “I went right to work. Everyone was interested in me. I taught workshops, classes, I had a company.” The Everyday Company was born in 1982, when one of Garrison’s dancers, whose father was in politics, helped her obtain a grant.

What it wasn’t, at first, was easy. Picture it: Garrison, nurtured by the postmodern New York scene, a widow with two young children, stuck in what was then a cultural backwater. Italy didn’t attract many out of town companies and the state-sponsored Accademia Nazionale di Danza was hardly avant-garde. “I wanted to go home every year.”

But the Roman dance community did present a seductive combination of intellectual curiosity and generous players. “I was 39 years old and I wanted to search for my own stuff, collaborations with jazz musicians,” and Italy’s jazz community, she says, was game.

As for how her Rome career developed after that, Garrison’s comments are decidedly sober. She continued to work, she says, but the novelty of her presence wore off. “I’m not Italian, so opportunities I had when I was new have since been taken away and given to Italian performers,” she says. “If you stay here, they’ll lose respect for you. That’s what happened to me.”

So why not go home? “Why should I? I’ve trained dancers here. I’m working. In New York, you had to be either young and energetic or old and rich. I’m not rich and I’m not as energetic as I used to be. And now I’m used to having things come to me.”

She started the dance program at St. Stephen’s, a respected private school. She also teaches packed evening classes at the Scuola di Danza Mimma Testa in Trastevere. Mention her name in the Rome dance community and insiders reply, “Certo! Roberta!” Few in Rome have not studied with her or with someone who trained under her. Dancer and choreographer Aurelio Gatti, who runs MDA Produzioni Danza, helps fund Garrison’s various projects. Her current one would bring together her daughter, an accomplished dancer, her son, a successful jazz electric bassist, as well as singer and stepdaughter Joy, on the same stage for the first time.

Garrison isn’t is shy about her dancing. “I have incredible stage presence, I just do. You can’t teach it…” And she won’t be reined in. “Every time I perform I wonder if I’ll prepare something or just see what comes when I get on stage.”