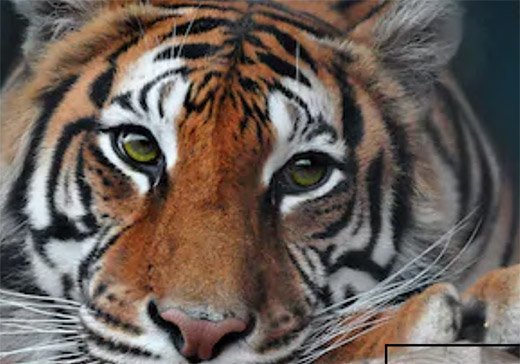 Perk up, feline! And listen to my podcast...
H

ello friends and listeners:First of all, thank you so much for tuning into the latest podcast episode of “You Can Change Your Stripes.” I’m your host, Edmund the Tiger. For those of you who are new to the program, I’m a tiger who managed to escape the clutches of depression. And while you’re never fully out of a depression, I think sharing my experiences might inspire both tigers and other creatures of the animal kingdom to stay strong in the face of difficulty. Because I’m proof you can change your stripes. Today I want to talk about self-worth. Yikes, that’s a biggie, isn’t it? Kind of like saying “Oh, I’m thinking of hunting myself a nice little elephant for dinner.”

I won’t lie, it’s an imposing topic to handle, and that’s why I’ve broken it down a bit.

Let’s start by addressing that little voice in your little head that tells you that you can’t do something. Now, that little voice might sound like your older sister who was always so good at climbing trees, or like that mountain lion friend who says his gang would never be so stupid as to become extinct, or even that parent that constantly reminds you that depression didn’t exist in the “old days” because no self-respecting mammal had time to worry about such nonsense — in those days, everybody strutted and there was no “protected species” mumbo jumbo.

Still, for whatever reason, your little voice insists that you’re just not up to doing anything, even if it’s just to pounce on a wayward goat.

In those days, everybody strutted and there was no “protected species” mumbo jumbo.

The voice starts by making you doubt your ability to do things that are effectively tricky. For example, it will say, “Of course you can’t open a doorknob to get into the humans’ kitchen for the marmalade.” But it then turns sneaky and works backwards.

You begin to question whether you have the skill to hunt a gazelle, after which you’re left with a goat.

Once the depression gets so strong as to make commonplace behavior sound difficult, you need a friend like me to help put your despair into perspective.

Ask yourself this: Do you really think that you can’t hunt for lunch? How many times have you done it without even thinking twice? Be honest.

Ask yourself another question: How can you not be able to do something so innate? That word matters. Innate.

A good friend like me can step in and help re-calibrate your inner confidence and remind you of who you really are. And that goat or gazelle eventually looks a whole lot more accessible.

The way to tackle big inner doubts is to learn to repel the little voice. Once you’ve done that, and I know you can, I encourage you to keep repelling it. This will let you move on to more daunting questions, like the one about opening a doorknob.

Consider this. Lots of dogs are now YouTube stars because they learned doorknob techniques. If a dog can do it, so can you. The potential is there. First, though, you have get out from your low point. Only then can you become stronger and braver than ever before.

I’ll be honest, tiger-to-tiger: Bouncing back is a lot harder than just telling yourself to stop moping. At the same time, you’d be surprised what happens when you force that little voice out of its cave and into the open. Suddenly, that why-bother look at a gazelle can turn into a rush.

When the doubting voice is exposed, you can see how puny it is. Your self-worth takes over and anything’s possible, with even doorknobs in reach.

Let me share a story. When I was at low ebb, I’d walk past human homes and see house cats lounging. At the time I was so lonely I didn’t think I was good enough for a centipede. I could barely paw a tree, so making friends with a cat seemed unthinkable.

It immediately started meowing apologies and couldn’t look me in the eye.

I’d peek into their homes and admire these lithe felines (the depression was making me overeat, the subject of next week’s podcast) who seemed to me so chic. They’d be hopped up on catnip and looked so self-assured as they scratched their rope posts. I couldn’t imagine being in the presence of creatures so obviously superior.

Until one day I was walking through an alley, and a cat leapt away from me to make way. It immediately started meowing apologies and couldn’t look me in the eye. This stopped me in my tracks because in the cat’s downcast gaze I recognized my own sad reflection whenever I’d drink from a pond. I struck up a conversation, and sure enough, this cat didn’t think it was good enough to roam around with us mighty tigers. Need I say more? You can’t assess your self-worth based on what you think others are worth. You can only do so based on your choices, and based on the knowledge that we all start out as inherently worthy.

Bad decisions can lower our confidence and invite all sorts of little voices, but the doorknob is there for the opening if you want it enough, and wanting it starts with liking yourself (and watching dog technique).

My time with you is up. If I have a parting message it’s to know what to say to that little voice whenever it speaks up. Tell it you’re a worthy tiger because you were born. Tell it to go whisper elsewhere, to goats and gazelles maybe, since you, the proud you, are no longer listening.

With all my love,

Take care until next week,