Ripples in the pond 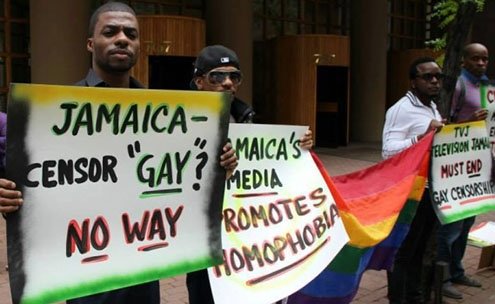 ersecution can be long and persistent but change toward better human rights can start like a ripple in a pond. Though their efforts and successes may go largely unnoticed by global media, individuals in smaller countries, in particular former British colonies, are taking bold steps toward improving life for LGBT citizens, who in many places still bear the full brunt of social exclusion and personal risk. Some live in states with colonial-era laws that criminalize homosexuality. England once did, setting the tone for its colonies.

Persecution of LGBT people in England appears to have begun, at least officially, with the 1533 introduction of The Buggery Act during the reign of King Henry VIII. After the separation of the Church of England from Rome, punishment for homosexual, previously under the jurisdiction of church law, became a civil matter. The Act made sex between men, and also men with beasts, punishable by hanging, a penalty not lifted until 1861. During the Victorian period, homosexual relations between men were punishable by imprisonment and hard labor. One illustrious victim was Oscar Wilde, who was jailed for two years in the 1890s for sodomy and gross indecency.

As the British Empire grew, its legal system spread to its colonies along with anti-homosexual legislation. It wasn’t until 1967 that England and Wales decriminalized homosexual acts. South Africa, Canada and New Zealand did the same.

Anti-sodomy laws in some former British Caribbean colonies still carry a maximum sentence of life imprisonment. There are also laws prohibiting homosexuals from entering these countries. Trinidad and Tobago is one of nine Caribbean countries with criminal statutes against homosexuality. In 1991, the Bahamian parliament decriminalized homosexual sex. Since then, however, no other English-speaking country in the Caribbean has followed the Bahamian lead.

More onerous perhaps is a general and widespread culture of homophobic violence. In 2006, Jamaica was dubbed, “The Most Homophobic Place on Earth” by Time magazine. The image of love that Bob Marley’s music conveyed to the world has been destroyed by Jamaican “hate rappers” whose blatantly violent lyrics encourage “correcting rape” (to cure lesbians) and murder. It’s not uncommon for police to use “anti-homosexual” laws to entrap and extort money from LGBT people.

Maurice Tomlinson, a lawyer and human rights activist, has filed a claim in Jamaica’s Supreme Court challenging the constitutionality of sodomy laws that ban anything interpreted a “gross indecency” between men. The Anglican Church, Catholic Church, and above all evangelical Protestant churches, many based in the United States, vigorously resist any reforms. At least eight religious groups will oppose the Tomlinson challenge, stating that the law is necessary to preserve the population from imminent moral collapse.

An earlier challenge to the law initiated in 2013 by another Jamaican was dropped due to fears for his safety. The English-speaking Caribbean world, says Tomlinson, remains “in the grip of powerful right-wing fundamentalists who [control] all levers of power.”

In 2010, a young man from Belize, Caleb Orozco, and his senior attorney, Lisa Shoman, challenged Belize’s anti-sodomy law. On Aug. 10, 2016, Chief Justice Kenneth Benjamin of the Belize Supreme Court ruled that the section of the Criminal Code that criminalized consenting intercourse between adults of the same sex contravened rights granted by the Belize Constitution.

“We won on all grounds,” Orozco said of the verdict, “dignity, right to privacy, right to freedom from discrimination, freedom of expression and the equal protection of the law.” Shoman spoke of “huge ripples in our small Caribbean pond.”

Along with numerous messages of support, Orozco has also been inundated with death threats. Evangelical church leaders have accused Orozco and Shoman of promoting immorality, pedophilia and rape.

The trail of persecution is long and the fight for human rights and dignity is slow. Haters, often claiming God’s mandate, will say and do whatever they can to stall the progress towards dignity, protection and full social participation. In the end, the fight often comes down to a few brave individuals willing to risk it all in the hope of creating a collectively better human future.