Riding for a fall 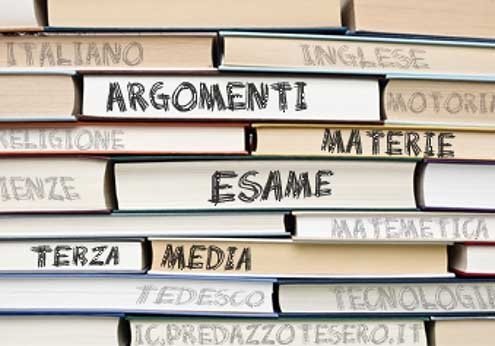 Italian schooling gives each grade a strict set of topics.
I

used to horseback ride when I was little. I rode for seven years and never fell. But instead of building up my confidence, not falling built up the myth of what would happen if I ever did fall. The riding analogy— growing confidence up against anxiety about potentially grotesque failure — helps me do what I want to do here: differentiate between aspects of the Italian and American school systems.

My American education began with a jolt of culture shock. For starters, Italian and American teachers have very different visions of what they expect their high school students to know. On the Italian side, getting to class coincides with getting busy rummaging through your backpack hoping your teacher won’t pick you for an interrogazione (oral exam). But fumbling around can also make you into low fruit. If you’re chosen, you face a savage and drawn-out interrogation session in front of the class. You either prove your mettle or show the world you don’t have the slightest idea who Euclid was, never mind why he might have wanted to invent the first theorem of geometry, let alone the second. This is a run-of-the-mill, business as usual scene in Italy. Twenty minutes later it’s intervallo (recess) and you’re eating focaccia and talking about discos.

It’s a different 20 minutes in the American system. When an American teacher once called on me to read what I’d written on an assigned text aloud, my horrified friend offered support. “Oh my God! I can’t believe he just called on you like that!” I should stress that the teacher’s invitation was gentle enough to turn down. And some students do.

Pondering this leads me to a key undercurrent in American culture: fear of failure. America’s emphasis on success is so intense that getting something wrong in a classroom setting can be transformed from a glitch into a full-scale humiliation served up in full view of friends and classmates. To avoid burdening anyone with the prospect of failure, failure itself is removed from the American equation, which theoretically makes the U.S. classroom a less testing, more supportive place.

Ironically, however, the Italian method seems to me more helpful and realistic since it teaches students that public failure is an aspect of life that outlasts school classroom.s More importantly, it shows that failure doesn’t have to define your personality. Failing happens to everyone. After your humbling comes intervallo, when you can shrug off the mortification by complaining to friends about how totally mean the teacher was to ask you that particular question. In Italy, failure can create bonds.

But America’s anti-failure bubble also has its plusses. Minimizing the need to prove what you know in front of others can stimulate curiosity by letting students focus more on learning and understanding.

Until I was 15, for example, no Italian teacher ever asked my opinion on any given topic. In America, classroom opinions (for better or worse) help give teaching its forward motion. In Italy, deciding to speak up means you’d better know what you’re talking about, since unlike in an interrogazioni — in which the teacher is a dentist and the information is being extracted — you’re spontaneously offering yourself up for scrutiny. Make a mistake and you’re not exactly advertising your mastery of the material.

Generally speaking, American students are under little pressure to prove they’ve either completed or understood assigned reading. This in turn can encourage wide-ranging conversation and asking questions, which isn’t viewed as a display of weakness but an effort to deepen knowledge.

There’s caveat, though: in Italy, students in each scholastic year study the same topics at the same pace and level (with slight variations based on school and language choice). Italian students are accountable for knowing the same things — every topic on that year’s menu is fair game to the teacher.

In United States, variations in curriculum are vast and American teachers deal with more of a hodgepodge. While variety can enliven conversation — different people know different things — it can also give students a big out. Without shared topics and the shared standard of knowledge that leaning them implies, expectation is unequal, and so is education.

How a student is taught spills over into adult society. America pads social interactions and protects against failure. Italy is more rigid, too often making for one-eyed students cut from the same cloth. Both sides manage to stay on the horse. Both sides are also afraid of falling.