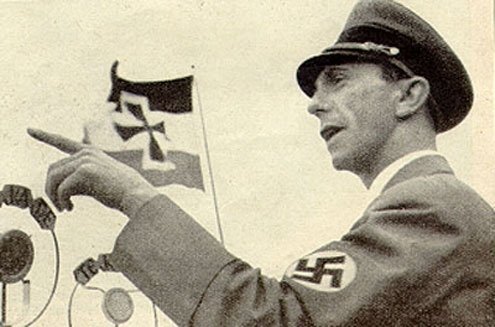 ately I have sympathized with whoever said, “Whenever I hear the word ‘culture’ I want to pull out my revolver.” Despite its sinister context — the phrase is usually attributed to Nazi propagandist Josef Goebbels — it expresses the sense of loss, disappointment and frustration that have accompanied too many recent encounters with books, art and theater.

Too few things speak to me anymore. Culture seems extraneous and meaningless, lost and stumbling in its own convoluted rhetoric. Contemporary art is trapped in a death grip with a market it claims to thumb its nose at. Contemporary fiction is trapped in equally stultifying self-reference.

There are exceptions. A performance of Mozart’s “Don Giovanni” that I saw this summer in Lebanon, New Hampshire offered a bit of hope. It was not just Mozart and fresh young singers, including a credibly seductive Don Giovanni. No, it was freedom from anything “cutting edge,” “conceptual” or experimental. There was no agenda. There were no smart aleck innovations-setting it in a diner or making Don Giovanni a coke fiend-lecturing me on (duh!) the opera’s relevance today. But it did make me cry with Don Ottavio, rage with Don Elvira and commiserate with Leporello.

In a recent Milan lecture on memories, American psychotherapist Stephen Finn explained it. “Artworks, like memories and dreams,” Finn said, “give sense to our experience.” Mozart and the performers gave this well-educated 50-year-old lady who has seen a bit of life, new insights on infidelity, forgiveness and the nature of justice.

Not that making sense is high among art and culture’s priorities. It hasn’t been since photography and films relieved painting, theater and literature of their putative roles in representing real life. Freed from a documentary role that was only one of many, these arts turned instead to examining and dismantling their own history and manipulating their own conventions. Navel gazing, if you will, replaced making sense of life.

This change in art and culture’s brief paralleled the post-Enlightenment conviction that history and progress were successive tidal waves, whose purpose was to sweep away old orders in favor of newer better ones. Waves of manmade cataclysms-paralleled by cultural movements-both advanced and reinforced this view. American, French and Russian revolutions washed away millennia of social, political and cultural order, while two world wars swept away what was left. Then the Cold War came, mopped up the rest and “ended” history.

For most of my life, this view of cultural progress has guided and comforted me. For one thing, countless 20th century art works were seamless confections of style, story and history. They demonstrated self-evident awareness of their role in the post-Enlightenment tides. Think of Ernest Hemingway, who merged self-conscious biography and post-World War I stylistic innovation. Or F. Scott Fitzgerald, who also inextricably tied together biography, history and style. Or Jackson Pollock, Aaron Copland; the list goes on.

Works by these artists coincided perfectly with my own life and with a history that I could reach out and touch. What defined the last century defined me. My grandparents were World War I. My parents were the Great Depression followed by World War II. I was the Cold War, the terminus of history.

Many of those on that shared path are dead. Works that were alive and personal to me are just history to my children who are now studying them. Artists and writers my age are trapped in a post-Enlightenment search for the next wave, desperately forging outward only to find already-ended revolutions and tired ideas. No wonder I’ve been feeling lost.

Last week, while walking along a deserted autumn beach in Trapani, I realized there might be another perspective on the matter. In the distance a round stone defensive tower guarded the port. Who built it and against whom, I do not know. But it struck me that just as the waves now lapped its foundations, so had invaders and visitors arrived in Sicily: Phoenicians, Arabs, Spaniards, Normans, Angevins, Greeks and Romans, French and American GIs.

Like the waves, they came and they went for millennia. Some were good, some were bad. Empires grew, then they shrank and sometimes grew again. Thousands of years passed without any transformational cataclysm.

Maybe, it occurred to me, history is not progress or growth or change. Maybe the events of the post-Enlightenment meant nothing and went nowhere but we, self-importantly, found portent in things that had none. Maybe we believed in changes that were illusory or meaningless all along.

I was thinking about all this on my beach walk, when a street sign caught my eye: Via Salina. The name rang a bell: The Principe di Salina, Don Fabrizio, Giuseppe Tomasi di Lampedusa’s “Il Gattopardo,” forever associated with the words: “Everything must change, so that everything must remain the same.”

Those words from a book oriented me on the barren beach of post-modern culture. Yes, artworks give sense to our lives. I can put the revolver away.