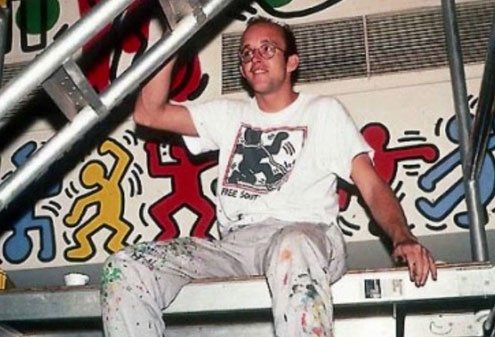 #8220;You restore…what?” The question is common enough coming from people who assume art conservation must surely be reserved for the likes of the Sistine Chapel.

“Modern and contemporary art,” I repeat.

Most people’s notion of art conservation is someone who works in a quiet room in Madrid’s Prado Museum readjusting the golden glow on a Velazquez or trawls the Vatican Museums in search of something precious to revive. And that’s a fair enough view from a layman’s perspective. Mine is a specialized field, it’s true.

That said, anybody who’s been paying any attention to what art has been made of in the past century shouldn’t be surprised at what I do, or by the link between contemporary art and conservation.

Since the time of the Impressionists, when paint first became available in tubes, or the Cubists, who started sticking newspaper clippings and chair webbing into their collages, art has been made of whatever an artist had as his disposal and chose to use.

Much of what they picked, unlike paint, was eminently degradable. Think about what happens to a newspaper page or a paperback book after a decade.

It’s the job of art conservators, like me, to figure out how to hold it together as it ages – sometimes against all odds.

Take for instance “Tuttomondo,” a five-story high acrylic mural painted in 1989 by American artist Keith Haring, then 31, on the wall of the Church of Sant’Antonio Abate in the historic heart of Pisa. It took Haring — who would die the next year of complication from AIDS — four days that June to complete “Tuttomondo,” which roughly means “world at large.” The work, which covers nearly 2,000 square feet, was intended to represent the complexities of global interaction.

Even today, it seems almost new, certainly in spirit, with its dancing cartoon figures, vibrating babies and a central figure that has a television for a head.

But for Pisa residents who walked by it every day for 22 years, the work had definitely changed. The vibrant colors that once defined the bold palette of the graffiti artist had turned muted and gray, and the white background had gone beige.

What would Haring have thought? And how could the mural be given back its original luster? During his time in Pisa, Haring had said that he expected “Tuttomondo” to last hundreds of years.

Backed by funding from the Pisa city council, the Friends of Heritage Preservation and the Keith Haring Foundation, a group of us determined to find out.

Pisa has been eager to put Haring’s work back on the map in an effort to expand its tourist draw beyond the Leaning Tower. A beautification project that covered the area near the city’s train station and Piazza Vittorio Emmanuele II put the revival of Haring’s mural into their plans.

After considerable testing, our group determined that Haring’s original colors could in fact be revived. Although some had indeed faded, most of the artist’s palette still existed under a foggy layer of calcium carbonate that had rained down the surface of the mural over the previous 22 years. It needed to be coaxed back to life.

The work was undertaken by a professional team including chemists from the University of Pisa, physicists from Florence, and a conservator and a conservation scientist from Turin, who focused their energy on determining how — and how much — the many colors Haring used in 1989 had actually changed.

The results of the innovative and labor-intensive effort were astounding. After the mural’s surface was covered, painstakingly, section-by-section, with hot agar-agar, a benign food product that acted as a kind of “peel,” Haring’s palette came back to life.

When the scaffolding came down last year “Tuttomondo,” if not brand new, had regained most of its original splendor.

Losing Haring left a gap in the art world. Starting off as a cartoonist and later painting in New York City subways, he gradually widened the lens of graffiti art. Art historian Henry Geldzahler once labeled his work ”a tuneful celebration of urban commonality.”

“The thing I responded to most,” Haring told Rolling Stone magazine in 1989, “was [the] belief that art could reach all kinds of people, as opposed to the traditional view, which has art as this elitist thing.”

Haring showed his eagerness to reach as many people as possible by the location of his final works. In 1989, he painted the mural “Once Upon A Time” in the men’s room of a building on West 13th Street in Manhattan before turning his attention to the Church of Sant’Antonio project. From Paris to San Francisco, in his final years he donated his waning time to decorate the walls of schools and children’s hospitals.

“Tuttomondo” was Haring’s final outdoor public work, and our efforts have thankfully brought back to life for the people of Pisa and the world.

— Will Shank is former chief conservator at the San Francisco Museum of Modern Art and Co-Chair of Rescue Public Murals, an initiative of Heritage Preservation in Washington, DC. He won the Rome Prize in Conservation for his work with public mural policies.

About the Author: Will Shank