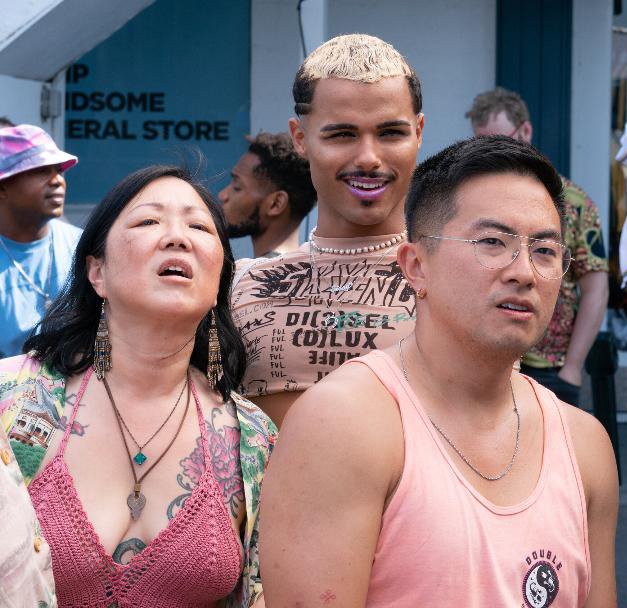 It’s immediately made clear that this newest adaptation of “Pride and Prejudice” may not be exactly about the pride and the prejudice that Jane Austen had in mind. But then again, somehow it is exactly that.

Despite the fact that Noah (Booster) immediately decries the heterosexual notion that man’s happiness is dependent on finding a good wife, “Fire Island” certainly acknowledges that the pursuit of love remains in the heart of the beholder.

This thoughtful and sensitive celebration of queerness gives us a fresh new look at relationships that are based on attempts to maintain one’s identity — despite social pressures. The virtue of the film lies in the director’s choice not to tell a morality tale, but instead to present opportunities for characters to become true to themselves.

The film centers on two lifelong best friends, Noah and Howie (Yang), who are miles apart on the monogamy spectrum. Together with a group of friends, they set off on a trip to Fire Island, a place they have so regularly gone to party it’s almost as if it’s a ritual they must protect.

When Howie informs Noah that he is not interested in a one night stand but is instead seeking something more meaningful, Noah vows to avoid any sexual encounters until his friend meets someone. This supportive gesture, though perhaps based equally on pride, forces the overzealous Noah to spend his time putting so much pressure on his friend that he fails to navigate his own feelings. This causes a number of awkward and dysfunctional moments with a would be suitor, Conrad (Ricamora), a member of a wealthier cadre visiting the island.

Amidst the pursuit of bacchanalia and raunchiness, the tensions between the two groups, and particularly between some of its courting members, plays out in contrived but nonetheless thoughtful ways that allow the characters’ hearts to remain the focus.

On the surface, the film might be mistaken for a rehash of a classic work by substituting heterosexual characters with queer ones reciting lines that honor the integrity of a text. But this only discredits the film’s value. That the story stands on its own is evident from the dialogue, which informs us about these queer individuals as they are, not as they ought to be.

Fire Island does bring some cheese with the charm, and some situations wander into familiar territory. But we never forget who the characters are, and we’re glad to know them.