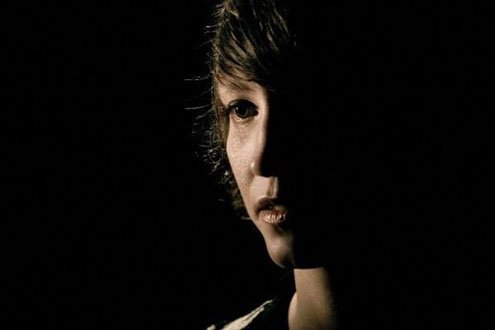 Magda makes... "From the Fallen Page"
I

t took a stale in-joke to get me listening to Magda again. At the beginning of the 2000s, the buzzword in electronic music was “minimal” and its three leading lights were Ricardo Villalobos, Richie Hawtin and Magdalena Chojnacka.

As with Villalobos and Hawtin, Chojnacka’s techno pieces rarely fit the term because there was just too much happening in the production. Melodies, fascinating percussion sounds, buzzing white noise, and even the occasional vocal (as on “She’s a Dancing Machine”) didn’t suggest she was working within the confines of what minimal was “supposed” to be.

For better or worse, it stuck. As the buzz took hold, there naturally followed a backlash from wild-eyed ravers, electroclash holdovers, house devotees, and those with only a mild interest in electro to begin with.

Backlash against the three avatars of the minimal helped inspired a t-shirt emblazoned with the words “Magda Make the Tea,” which after a lot of reading turned out to be vaguely chauvinistic and not even all that funny. No wonder I’d forgotten about it. At the same time it’s worth noting that Magda will (finally) release her first full-length, From the Fallen Page (Minus), in late October.

Archie Shepp also got my attention, specifically The New York Contemporary Five (Delmark, originally on Sonet). While Shepp has been acclaimed for his Afro-centric spirituality en vogue in the mid- to late 1970s, this album, recorded in Copenhagen in 1963, is comparatively straightforward and features some reputable players, including coronetist Don Cherry, who had just come off a run with Ornette Coleman; alto-saxophonist John Tchicai, then working with John Coltrane and Albert Ayler; bassist Don Moore, who would soon team with Sonny Rollins; and drummer J.C. Moses, who had played with Eric Dolphy.

Things start out modestly as Cherry takes the lead on his own “Cisum.” By the mid-point of the set (“O.C.” and “When Will the Blues Leave”) Cherry is dominating proceedings — logical, since he was the best-known player at the time.

But it’s closing songs that bring out the evolutionary free-jazz side of the group. Shepp’s spoken word poetry on “The Funeral” (his composition) portends future indulgences in its relatively crisp five minutes, while “Mick” is a murky bop piece disguised by Tchicai’s wailing.

Anyone with a love for the form, including jazz dilettantes, will appreciate this reissue, not least of all because it retains the original track order, missing from past CD reissues.

My final and favorite retrospective would have been lost on me were it not for the Internet and a few friends who pointed me in the right direction: Lifetones was the one-off alias of This Heat guitarist Charles Bullen.

An influential experimental group in the UK in the 1970s, This Heat and acknowledged ringleader Bullen experimented with tape loops and reverb as they crafted a menacing brand of post-punk before disbanding in 1982.

The solitary Lifetones album For a Reason (Tone of Life) is in some ways This Heat’s opposite. Bullen was clearly influenced by the British punk community’s obsession with reggae and dub (best exemplified in John Lydon’s Public Image Ltd.), and these influences permeate the album.

Bullen’s echoing vocals, repetitive guitar riffs, looping bass and light percussion fuel a strong Side A. The title-track leads things off, and through “Decide” you’re hearing some incredible music and strong melodies. The second half tends to meander, even though the songs are roughly the same length.

Bullen would go on to make music in other guises, but it’s strange to think he never pursued Lifetones further. Maybe he understood that the brevity of its usefulness would make it all the better in the long run.