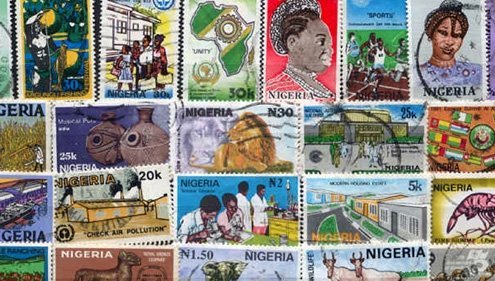 There was something not quite right about the language ...
J

ust back from an island off Sicily after a week of seeing how much swordfish and arancini I could cram in between swims. It was too short of course, as holidays always are, but on reflection, I’m not sure we could have afforded to stay much longer. That’s partly due to my strong aversion to cooking while on holiday. But it’s also due to that well-known island sport of stinging the visitors. Never mind the medusas, it’s the locals you need to watch out for.

On these remote volcanic outposts, restaurant owners have clearly not caught up with the rest of Italy’s drive to eliminate, or at least contain, the outrageous and anachronistic coperto or cover charge, which gives you the right to a place at the table and a basket of tired bread and limp grissini. On one occasion, our family of five was charged a whopping €3 per head.

Not to be outdone, the owner of the house we rented decide to invoke that time-warped Italian custom: hire of bed linen. At a quick €6.50 per person for sheets, plus a further €6.50 for towels, it quickly added up to quite a sum, especially when combined with that other quaint tradition — the final cleaning charge (€50). Oh, and I forgot the agency fee (€35). It’s worse than flying with Ryanair.

As regular readers of this column will know, my husband grew up in Naples, so his street credentials are impeccable. Unlike me, he can sense instinctively when someone is trying to stitch him up, and when it’s time to make a swift exit. He knows how to deal with pushy parcheggiatori — the menacing types who insist on finding you a parking place in Naples, even when you’d rather look for your own. And I’ve watched him deal very adroitly with one of the fiercest breeds known to mankind, an obnoxious Woman’s Institute lady in deepest Somerset.

So you would have thought it would have been him who smelled a rat when the Rev. John Smith sent us a friendly email out of the blue and said he’d like to rent our house in Umbria.

In retrospect, there were a few things that should have triggered alarm bells. The name for a start, and the fact he wanted to come in mid-November when not even the heartiest English ladies from the Ramblers’ Association can be tempted to brave the desolate Umbrian landscape, which at that time of year is rather more “The Name of the Rose” than “Under the Tuscan Sun.” Or the fact that he insisted on paying well over the going rate and settling the whole sum up front.

There was something not quite right about the language too — his email was full of chummy colloquialisms that didn’t sound like the idiom of a man of the cloth. And what about the slightly suspect tale that he was flying in from Ghana — but the bill would be settled by his U.S. employers who would be paying with a U.S. dollar check?

I had a hunch and expressed my misgivings. But my usually street-wise husband urged me to give the vicar the benefit of the doubt and the very next day a photograph arrived, showing the good man with his pretty wife and adorable children, dressed in school uniforms with starched white collars. The check also turned up. In fact, it was for even more than the agreed amount. The bank told us it would take a least a month to clear.

The minister and his family were due any day, so very reluctantly, I took a morning off work to make the beds in case the Rev. John Smith turned out to be a real person. He didn’t of course, but several evenings later a phone call from someone purporting to be him informed us he had been taken ill and would no longer be coming. And that he urgently needed the money to pay his hospital bill so would we kindly transfer the funds immediately to his account?

When I refused, he became decidedly un-Christian. With hindsight it seems incredible that anyone could fall for these cheap tricks, but presumably enough people do to make it worth a try. An English friend’s elderly mother, an enthusiastic silver surfer alas no longer playing with a full deck, gave away thousands of pounds to con artists operating from Nigeria before her horrified children found out.

In the past 24 hours, I’ve had another inquiry for our house in Umbria. “I am Dr. Thomson Adam, and I work here in United Kingdom. I will be coming over for holidays from the 10th of November to the 25th of November 2008 for a 15 days Vacation with my wife and Kid.”

He is a doctor, so he must be all right, though strangely he wants to come in November. You know what Dr. Adam. I’ve got a great idea. How about a nice holiday in Sicily? I’m sure they will sort you out.