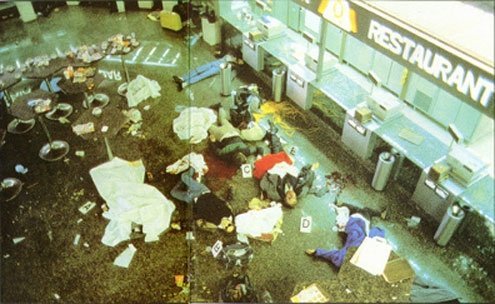 ince September 11, 2001, Western Europe has witnessed two spectacularly lethal terrorist incidents, the first the detonation of bombs on commuter trains in Madrid, Spain in March 2004, the second in July 2005, with suicide bombers setting off explosives on the London Underground. Together, the attacks killed 135 and injured 2,000. Both were attributed to Islamic terrorist cells.

Though their gravity reinforced already deep wariness toward the westward course of Islamic terrorism, the attacks were exceptions. The decade between 2000 and 2010 has in fact witnessed a limited number of high-profile terrorist incidents.

Governments have been quick to attribute the containment to increased security and vigilance in the aftermath of Sept. 11, as well as rear-guard policing put in play as a result of wars in Afghanistan and Iraq.

But a recent statement by the U.S. State Department warning U.S. citizens of the renewed potential for terrorist incidents in European capitals has revitalized preexisting tension. The vaguely-worded statement urged Americans to “adopt appropriate safety measures to protect themselves when traveling.” Soon after, the British, French, and German governments also urged vigilance among their citizens. As a result, terrorism-related media coverage increased in ampleness and gravity both in the U.S. and Europe.

At the same time, the CIA continues a counterinsurgency campaign that includes firing explosive drones into Pakistan, long a regional militant stronghold. Provocation is a harbinger of risk. Risk is what the warnings seek to preventively placate. It’s a slippery slope.

Another such slope is the obsessive politicizing of national security, which has witnessed the elevation of Islamic terrorism, miscellaneous by tendency, into a more bloc-like status. Marginally connected insurgencies are often lumped together to suit the more linear needs, methods and finances of the campaigns to destroy them.

Much of this was between the lines of a September speech given by British intelligence chief Jonathan Evans. While conceding a “serious risk” of future attacks, he criticized the British government for “importing from the American media the assumption that terrorism is 100 percent preventable and any incident that is not prevented is seen as a culpable government failure.” Risk, he added, “can be managed and reduced but it cannot realistically be abolished, and if we delude ourselves that it can we are setting ourselves up for a nasty disappointment.”

A once-accepted part of everyday life, namely “that sometimes the terrorists would get lucky and there would be an attack,” had been replaced, he asserted, by “nonsensical” expectations. The nonsense, in this case, was the political hawking of an unreal assurance of complete security, as if such security once existed but had been let down or subverted.

As Europe, and Evans, know well, no such security ever existed. In fact, the hydra-like range of the terrorist intentions may be actually less menacing now than it was 30 years ago.

Evans’ unusually candid remarks — part stiff upper lip; part a plea for further intelligence funding — went underreported, particularly in American media, where portrayals of the terrorist menace generally use Sept. 11 as a monolithic (and malignant) benchmark, minimizing if not ignoring the role and substance of pre-existing conditions.

It’s a limiting approach, since the period between 1980 and 1990 produced a near-relentless stream of “across the pond” high-profile attacks, many of them linked to Europe’s closeness to Middle Eastern hostilities.

Then as now, the Muslim population of Western Europe was far higher than that in the United States, a spillover from colonial connections that introduced the Islamic mass-migration to Europe, which continues today.

While the source and nature of 1980s violence was scrutinized in European capitals, particularly in stricken France, it received short shrift in the United States, as yet untouched by a major attack on its own soil and regarded by many of its own citizens as remote from foreign nationalist movements, violent ideologies, and agents of religious extremism.

With the Cold War still in full swing, few State Department alerts were issued, since much of the violence was pigeonholed as either not ripe for transfer or the result of the foreign policies adopted by the targeted nations.

These days, a selective look at some of the ugliest terrorist incidents of the 1980s both chastens and enlightens. It demonstrates that a vision of the world as a “dangerous place” — the prodigal child of the media’s post-9/11 outlook — emerges from a time when threats were both secular and religious, putting the planet on far more precarious footing than it is today.