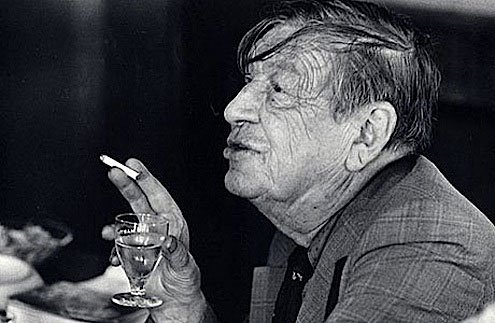 o one should edit a daily newspaper at 24, let alone at 32. I did. Chance. Luck of the draw. Right place, right time. The clichés compete for primacy. I trust none of them.

Rome was once ripe for English-language daily newspapers. No longer.

Most made decent literary careers: Cohen was foreign editor of The New York Times (now a columnist for the International Herald Tribune), Griffin wrote a book on the Taliban, Sheridan did fine work in Rome and the Middle East.

I recall him as the brashest of the group, swarthy, tympanic, big around the edges, as if a rogue geneticist had engineered Sartre into a rugby player.

Johnston, who died recently of a heart attack, was features editor at the International Courier, a comet of a daily that lived dangerously in the mid-1980s. It lasted 15 months before flaming out. Few recall its existence.

But I recall Johnston.

For the living, the dead reside in a daguerreotype, a furnished rectangle of murky memory preserved incidentally. Nothing about the dead is actually sharp. Skeptics come across them as believers might come upon God, startled. A notion takes shape. Believers consider a frieze, build a church; skeptics see a newsroom, a boulevard, a bar.

I last saw Bruce Johnston two years ago on a Rome street corner a block away from the main post office building. It was winter, and the post office was closed for repairs. Bruce knew this; I did not. He brought me up to date.

We then blurted out meaningless pleasantries about the city’s consummate inefficiencies, awkward banter between nervous men.

He had not changed, I noticed; big boned under a toiling coat, his heavy, fleshy face showing the beginnings of the kind of wrinkled wear and tear that burdened the poet W.H. Auden in old age.

The newsroom posture I remembered was also intact – stooped shoulders, downcast eyes, eloquence shot low before rebounding huskily. His considerable intelligence collided at times with smoky muttering. His kindness, which I never fully sensed, concealed itself, hands jabbed in his pockets. Others no doubt knew him better and more lovingly.

Rome had a peculiar effect on the British men I met.

So beautiful, so chaotic, so unreliable, it drove some to drink heavily — or to revive other bad habits they’d put away. Marriages were zestily wrecked. The capital seemed abandoned to a guilt-free zone. This cheered them at first. But remove guilt and you get contempt. After which self-loathing kicks in.

At that point the city becomes morally pricey.

Cohen, Sheridan and Griffin left in due time, assigned elsewhere or seeking venues where their ambition might find applause and reward (Sheridan published a bittersweet book about Rome in the 1990s).

But Johnston stayed on. He wrote — I saw — for the London Daily Telegraph, among others. It was sound and simple copy, short of his full gifts. After his blustery arrival, he did what many other long-timers do: He blended in. Though cosmopolitan in some respects, Rome is among the more static capitals on the planet. It doesn’t have the itinerant character of New York City or London. Those who choose to live here may change residence once in a lifetime. The big town becomes a small one, with underdeveloped community instincts.

In a ci vediamo kind of town you often hear about former colleagues only when they die.

So it was with Johnston.

When he left the Courier newsroom on Via di Ripetta two decades ago after an interview a female employee turned to me and said, cryptically, “What a bear.”

Whatever his faults, the bear could think, write, and transmit. He could also charm, and Rome loves charmers.

It coddles them, flatters them, nurtures them.

Finally, it buries them.