Repeat after me, “Tricyle” 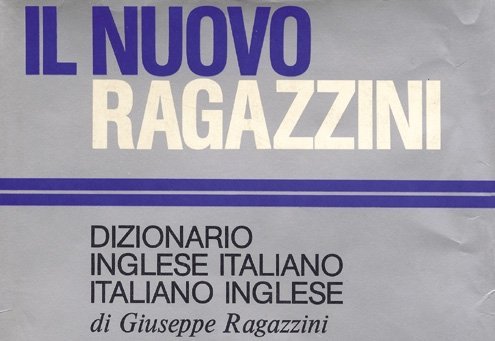 Melodious verses of the "hello song" brought only further silent bewilderment.
A

rmed with a stack of brightly colored flashcards, fresh off a teachers’ prep course, I set off for my first English lesson in Rome. I’d been sent to a private home in the Porta Pia area to give a trial lesson to some three- and five-year-olds. I stood outside the building and pictured the hour to come: they’d hold hands in a circle, engaged in delightful 10-word songs; color the rainbow peacefully; capture the names of the colors with swift, youthful absorption.

But when I stepped inside the marbled foyer of the apartment building, the picture quickly changed: I could already hear the high-pitched war cries, echoing down the elevator shaft from several floors above.

I opened the apartment door to a roomful of five eager parents. They were lined up in anticipation on the couches, waiting to be convinced that the hourly fee was worth it — that the lessons would set their toddlers flowing with English, on towards stable careers and endless attention at dinner parties.

One of the mothers motioned me into the playroom, towards the source of gleeful screams and painful-sounding thuds. Six grinning children paused for a moment to stare at me, then returned to their whirlwind of throwing, pushing, and otherwise relocating a constantly moving mountain of toys.

Two boys chased each other around the room, one lugging around a cushion twice his size, the other hacking the air with a giant plastic sword. Two girls crawled with dolls in the middle, occasionally whacked by wayward feet and knees. The smiling mother slipped away and shut the door behind her. The lesson had begun.

The thought of turning this toy-bashing session into a civilized lesson was difficult to imagine. These kids had come to their friend’s house for playtime. If there was a place in the house, or the world, where they were kept under discipline, it was certainly not here. The playroom was their domain, to be trampled on freely and shared with a circle of tiny, trusted invitees that did not include big, strange-sounding foreigners.

Prying the toys out of tightly clutched fists and stashing the weapons on the upper bunk, I corralled the tykes in a circle with big swooping gestures. For a moment they were held captive: they watched closely and timidly moved their limbs for a warm-up of jumps and spins. But when it came time, for example, to prompt for their names, they sat and looked up in silence. Melodious verses of the “hello song” brought only further silent bewilderment. They stared back as if these new sounds were being emitted not by a benevolent playmate but by some kind of alien beast. They jumped up, ran away, and hid behind the crib.

The company I worked for had hooked these hopeful parents with the guarantee of full English immersion — the promise that no word of Italian would pass the teacher’s lips. Even a simple, essential phrase like “Come ti chiami?,” the theory goes, would tip the kids off that you speak their language and ruin your mother-tongue advantage. English would become useless to them, as they could easily plead, beg, or negotiate without speaking a word of it. I had the feeling the parents, well within earshot just behind the door, were waiting to see if this agreement was upheld.

Total immersion makes some sense, but for such young learners, it mainly just wreaks havoc. When the kids stand perched on the bars of the crib, launching themselves to the ground, the teacher is denied the typical string of threats or bribes shouted at full volume in Italian. She is left with one measly phrase, varied in volume and pitch: “No!”

A second lesson at another house was similar: tricycles appeared from nowhere and stormed through the lesson. Flashcards, crayons and coloring sheets were chewed up and lost. All the props of teaching were devoured by the whirlwind of sugar-high Italian tots. Nothing wrong with that, but it’s a far cry from an English lesson.

I’ve now moved on to more tranquil turf, teaching Business English to inquisitive professionals. My three roommates, however, still teach in private homes and public school classrooms to kids as young as two. After six months in the business, some have made progress with their little ones. But they still come home with the same stories of silent bewilderment, unstoppable back-flipping, sabotaged laptops, and painfully slow progress due to all this havoc. It makes me wonder how much would be lost if these kids were protected a little while longer from the pressure of learning English, and took a couple more years just to play.

About the Author: Melissa Bailey