Waking to a new language 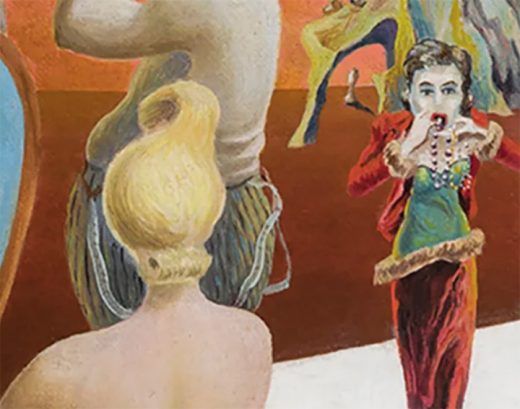 When faced with a strange new world you barely understand, it's adjust or perish….
I

don’t think the memory ever went away. It did leave its mark, no doubt. • from the writings of Marcel Proust

The French writer Marcel Proust believed memories were like fish: they came to the surface when there was bait. But I don’t need bait to fish here, because the recollection in question has been swimming around inside me for as long as I can remember.

I was three years old. The month was September. I was a kid with a round, sad face. And perhaps sad for good reason: only a few weeks earlier my family had settled in the back end of the Normandy countryside, after two years in England and all things English.

I was either about to go into petite section (French kindergarten) or had been in it for a few days. I recall walking in the schoolyard, more than a little disoriented. Actually I was scrambling to get my bearings, something entirely normal given the immensity of the change. But I didn’t see it that way, not at the time. My ears heard everything, yet absorbed nothing. The French term for “foreign language” is langue étrangère, étrangère being formed on the adjective étrange, meaning strange.

What were these words? What was it they understood? Something, obviously.

This langue étrangère was genuinely étrange. What was it? The children around me were saying words that flowed so easily.

Suddenly (or at least, not long after), something clicked. A major thing in a brain that – let’s be honest – was not particularly advanced at the time.

I couldn’t go on shouting things and talking to myself in English in the schoolyard.

It was a wakeup call, and it entered my mind in the form of a whisper that said: “You have the choice. You can be a part of this new way of life. You can grow with it.”

Looking back on that time now, eleven years later, I wonder about my choices.

Yes, I integrated; I transformed myself. I published poems in the school newspaper — in French. I soon began to laugh in French. Now the language lives in me. Did I make the right decision?

I think I did. At that critical moment when the click replaced the sadness and the disorientation, I decided to adjust to and grow into the new circumstances around me. And though the choice no doubt left a mark, and the baited memory of “strangeness” persists, that is what I have done.