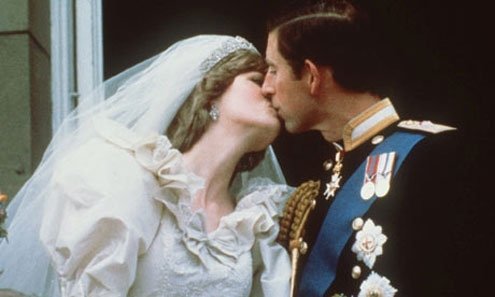 The fairy tale that wasn't.
W

ell, Will and Kate’s BIG WEDDING has come and gone. Its celebrity bandwagon included tributes to the Royals’ last blockbuster extravaganza, featuring Charles and Diana. Clearly this is prime publishing time for Monica Ali’s 2011 “Untold Story.” A fantasy about the Princess who never died, but lives on, in secret. As Lydia Snaresbrook. In small-town U.S.A. An ocean away from Buckingham and Kensington Palaces.

Ali sets a provocative and intriguing question: if assumed dead by global millions, and jettisoned into a quite different life context, what kind of person would Diana be if still alive? With a brand-new ID. And totally free of paparazzi, protocol and royal proscriptions?

So let’s imagine — with the author — that Diana’s fatal Paris car crash was merely close brush with death. Reaffirming her conviction that “they” were planning her death, her true “final” scene as Diana her escape from “them” (a Di-construed Palace & M15 conspiracy).

Since re-inventing yourself is the drug of the decade, this Di-avatar device could’ve become another same-old story of a celeb “re-born.” But this writer’s CV is built on fully fleshed identity-investigations. In “Untold,” careful craft probes Diana’s hardwired personality traits. First revealed in the Princess years, and now in her second-chance life. For a nose job, hair dye, contact lenses and fake documents reformat the surface. But what about the woman within?

Ali prefers to call her novel “a fairy tale.” It begins “Once upon a time…” In Kensington, U.S.A. Lydia’s three closely bonding girlfriends are holding a birthday party for her. She doesn’t show. While everyone’s waiting, it’s perfect author-op to explain how Diana /Lydia got to live in Kensington. And why she’s late for the cakes and cokes.

We learn that Di’s re-make was planned by her fictional Private Secretary Lawrence Standing. Though losing a battle with cancer, he accepts her imperious command: fake my death and get me a new identity.

Backflashed letters to her from Lawrence, when alive, detail her re-invention. They also disclose his fear that her “uncontrollable passions” will lead her to alter the game plan after his death. In the past, her two contradictory selves had frightened even this most private recipient of her intimate confidences. “You could never be sure which way she’d turn.” She so easily flipped between selfless charity worker/doting mom and the narcissistic eye-roller who cried “victim” of the paparazzi pack. Which she had often (privately) convened herself.

Lawrence is right to be worried. Pre-disappearance, Diana already frets that she must forever leave behind and lose her two sons. This may touch a reader chord. But save your tears. This loss never goes deeper than a sob-event for D/L. She tells herself that the unforgiving, intrusive glare of the publicity she suffers affects her boys as well. Even endangers their lives. It’s consolation to think that escape is very much a selfless gesture. Almost a duty.

And, really, after Lawrence’s death, Lydia does her best to follow his practical and stern advice. Though a whim or two must be satisfied. Eventually she’ll leave the town he chose for her and pick Kensington off the map. Innocent nostalgia? Or wavering doubts?

She begins to write letters to the dead man. Some include furious accusation that the loss of her sons is his fault. He should have refused her make-me-vanish command. Besides, she rages, how safe is she?

She knows some man’s begun trailing her around Kensington. When he arranges to meet her she finds he’s the Brit paparazzo who made his name on Di shots. Like her, he chose Kensington as rest stop by pure chance. Because he, too, likes the town name. Too bad D/L got bored with the Lawrence-designed brown contact lenses. Her gorgeous turquoise eyes mark her out. For possibly imminent, big-time tabloid exposure.

How will Lydia react to this threatening presence? Ali’s answer isn’t simple. But its ambiguous complexity evokes the complexed Lady Di.

“Untold” is such a deceptively smooth read. It is latest and among the best of this Bangladesh-born author’s adroit identity-investigation novels.