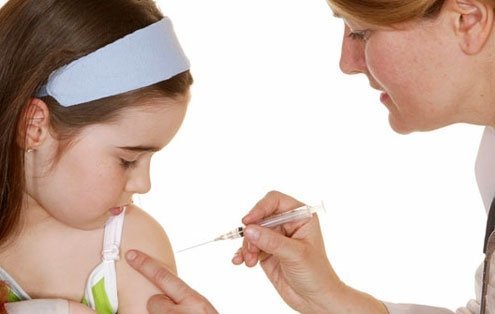 There is no rational bridge between vaccines and autism, but persistent irrational fears still make some parents reluctant to vaccinate their children.
F

or medical school, this summer I got a Tdap vaccine, a booster for the childhood tetanus, diphtheria, and pertussis shot. “Do I get a sticker?” I asked as my doctor swabbed my arm with an alcohol wipe. “Not even a lollipop,” she said. “I’m a very bad pediatrician.” We laughed and it was over. One needlestick and I was protected from three diseases that can kill. That do kill, and still kill, because some parents refuse to vaccinate their children based on fear.

As a future physician, I have tried to understand the anti-vaccine movement. I have concluded that there is little to understand. It’s unfiltered fear — of autism, mainly — leaking out as deadly actions. Or rather, lack of actions. Fear I understand. I’m afraid of things too. Some of them are rational, like climate change. Others are irrational, like being bitten by a shark (my sister and I watched “Jaws” one too many times growing up). But I still went snorkeling on my trip to Hawaii two years ago because I use logic to overcome my fear.

The connection between autism and vaccines lacks any intellectual foundation, a fact that has been established over and over. Like my concern about sharks, it’s an irrational fear. It’s also bad science. Once, again, fear I understand. Bad science I don’t. Especially when that bad science sickens and kills children who have no say in the matter. And that’s exactly what is happening across Europe, the United States, and other developed regions.

When I took a scientific research methods class a few years ago, our first reading assignment was not from a textbook on biology. It was from a textbook on logic. Being able to reason, my astute professor reasoned, is integral to science. We probed various arguments and fallacies. We practiced the use of argument to refute various fallacies. My professor taught us not only to analyze evidence, but also to evaluate it — to judge its validity and reliability. And that’s precisely where the anti-vaccine movement falls short.

Just because a viewpoint is published on a website doesn’t make it intrinsically reliable. Just because someone has letters after his or her name doesn’t make that person absolutely authoritative. The anti-vaccine movement is based on information from people with iffy reputations (at best) and dubious Internet references. Yet these people and sites are deemed “experts” and “facts.” Sadly, they illustrate the very fallacies I learned to refute.

Appeal to Authority. People in the anti-vaccine movement still quote Andrew Wakefield, the former British physician who helped thrust this controversy into the limelight with a 1998 paper published in The Lancet, an esteemed British medical journal. It suggested a link between the MMR (measles, mumps, and rubella) vaccine, gastrointestinal disease, and autism. In 2010 The Lancet retracted Wakefield’s paper. Investigations had uncovered, among other things, a financial conflict of interest (undisclosed payments from lawyers trying to make a case against vaccine companies), ethical violations (offering cash at his son’s birthday party to children who would donate blood samples, and doing invasive procedures on pediatric patients without proper approval), and alleged fraud (misrepresenting timelines and patient information to link the onset of autism directly with vaccinations). Wakefield’s medical license was revoked. Despite such a thorough discrediting, his words are still hailed as authoritative in the anti-vaccine movement community.

Post Hoc Ergo Propter Hoc. Just because A occurs before B, doesn’t mean A caused B. Yet that’s what people in the anti-vaccine movement say, following Andrew Wakefield’s example: a child is diagnosed with autism shortly after receiving a vaccination, therefore the vaccine caused the autism. What people ignore is that autism is frequently diagnosed around the same time as children are vaccinated, making vaccines easy targets for blame. Also ignored is the immense amount of credible research that rejects the vaccine-autism link hypothesis.

Circumstantial Ad Hominem. When a scientist or physician makes a pro-vaccine statement, the response is swift: “You’re just saying that because you are being paid by Big Pharma.” In fact, most doctors and scientists have no financial interest in whether children are vaccinated. What they do have are moral, medical, and humanitarian interests in saving people’s lives. That is what vaccines can do, when given properly.

The anti-vaccine people have clearly gotten lost. My question is “why?” Did they never learn to evaluate information logically? Or is the fear factor so great that rationality has fallen by the wayside? Maybe there are different definitions of logic and reason at play. Regardless, hysteria is trumping reality, with sickness and death the result. That scares me.

I still have my tattered immunization records from childhood. They were completed in the coiffed script of my mother (a nurse) and signed in the unruly scrawl of my father (a doctor). In this culture of fear, I no longer take them for granted.