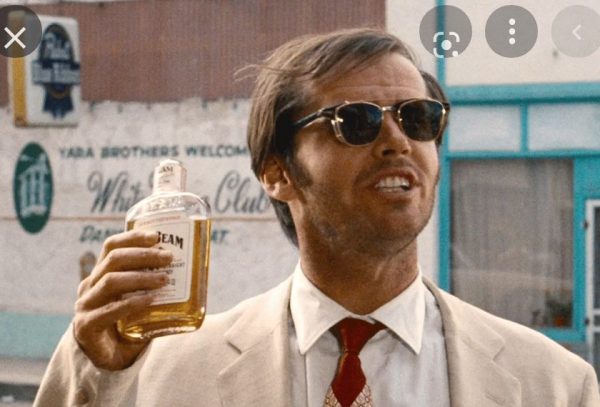 Jack Nicholson was already in his early 30s when a small role in the film "Easy Rider" made him a counterculture hero.
W

hen, regardless of the setting, people hear that I’m an actress, they usually have four comments that follow each other in quick succession.

I’ve been subject to this sequence of comments at cocktail parties in Milan, at dinners in New York, and while giving movie studio tours in Los Angeles. The answer to the first question is often mortifying for both parties. When I say they haven’t, they insist saying they’re avid TV-watchers. At this point I have to flatly say that unless they are regular watchers of student-made films, they most definitely haven’t seen me on any sort of screen.

The second contains insight I cherish — how smart of them to point out that the industry is competitive, if only I’d known! I thought Brad Pitt was in every movie ever made because of a shortage of male actors. Remarkable to learn it might be because he’s favored!

I thought Brad Pitt was in every movie ever made because of a shortage of male actors.

The third question I can answer honestly and say I was in the background in a public service ad and did once chat with an actor who’s been in major productions and TV shows. But when I mention his name, people usually don’t recognize it, undermining the brash confidence they’d displayed when they said they were well versed in the names and faces of the industry.

But it is the fourth question, about rejection, that fascinates me, mainly because it’s true and is one of the few things that the population at large get right about acting.

If you strip away the polite trimmings, what they’re really saying is, “You must get told ‘no’ so often that I don’t know how you handle it.”

If they recognized me, they’d very likely be flattering me or telling me that I’ve “come a long way,” or saying ­“It must’ve been hard to get to where you are today.”

But the rejection is something everyone understands and is drawn to, because at some point they’ve felt it and can associate with what you might be going through.

It’s an empathy instinct that makes sense in an industry where out of, say, a hundred people only one or two get the green light — and sometimes even green can turn to red before the project comes to life.  A “no” is an integral part of the entertainment industry.

Problems arise when outsiders see that “no” as something shameful, proof that you’re not a good actor. That’s what I’ve learned to know isn’t true. Rejection is part of what makes the industry what it is and rejections often don’t relate to acting talent but the internal needs of any given production. Rarely does a “no” mean you’re being judged in absolute terms, once and forever.

Film and television are made for the public, and all too many people think they know the varying tastes of the public. But they don’t. They’re merely inserting their own likes and dislikes into a view of a volatile industry that works in ways many of them can’t possibly understand. It is, in fact, a world apart.  A “no” is not on par with flunking a driving test.

This sense they understand the industry has much to do with how much top-flight stars are paid. Like athletes, they make a lot, and that makes them and others who earn vast sums easy targets for oversimplified ridicule.

To casually say that the likes of Emma Stone and Bradley Cooper and Robert de Niro managed to elude rejection and their own bag of “no” verdicts just doesn’t correspond with reality. These stars and others struggled on the way up, and some that made it fell from grace almost instantly.

Ironically, these who go out of their way to sympathize with my rejections are insulting me without meaning to, by suggesting I find myself in a world of constant rebuffs.  Again, that fails to take into account that a “no” is standard and you might have to endure hundreds before you get anywhere. Persistence is the key, and not even that guarantees you a thing. So many people are intrinsically afraid of failure that they fail to recognize that failure drives actors, and acting.

So many people are intrinsically afraid of failure that they fail to recognize that failure drives actors.

Rejection can deter many, but actors simply can’t look at it in this conventional way.  Unlike many lines of work, it’s a central piece of their territory.

Take a moment and check out the number of actors who were going nowhere well into their thirties when luck, providence, and a slew of other considerations intervened to launch them. Harrison Ford was struggling until “Star Wars”, and no one knew much about Jack Nicholson until a memorable cameo in “Easy Rider”, which made him into a pop star.

Part of me wants to tell my questioners that there is very little rejection. It’s very rare, and almost rude to be given a resounding “no” after an audition. Usually it’s the silent method that lets you know where you stand. Or you’re told you’re “not right” for the project.

While I live in a world of rejections, it is usually not one of meanness let alone hatred. That by itself puts it a notch above many other businesses.

Sometimes the “no” is so light you don’t even feel it, and I’m anything but thick-skinned.

I’m always delighted, in a naughty way, when I tell my bewildered listeners that rejection is a normal process for me. It makes me imagine people telling an oncologist, “My God, so many of your patients must have died in your care,” or to tell a lawyer, “I can’t imagine how it must feel to visit the clients you failed once they’re in prison.”

So far I take comfort in my status. I’m an as-yet unsuccessful actress, and that may or may not change. But as far as I understand the yin and yang of what I do, I’m one step ahead of my inquisitors: I still have manners.