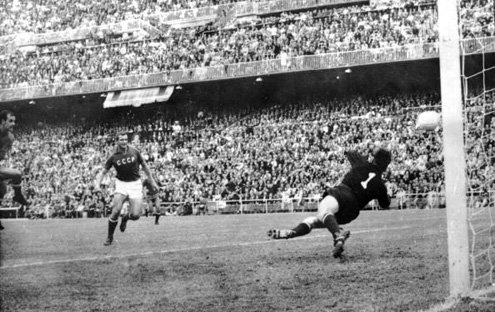 n June 1964, I was a Communist. Exactly two years later I was a Nazi. No one was sure what to make of my makeover since neither creed had many postwar takers. Ideological transformation carries the risk of punishment. I was fortunate. Catcalls were the worst of it.

We lived in Madrid for two years, between 1961 and 1963, where my father consulted for the tourism ministry of the Spanish government. He taught public relations to bureaucrats schooled in a 30-year dictatorship of yesses. A colleague of my father’s was called Barrandica. The name sounded to me like “barracuda.” He had miniscule teeth arranged in stalactite order in a disordered and cavernous mouth. I never knew exactly what he did. “A fixer,” said my father, not bothering to explain, which to me suggested a creation somewhere between electrician and a butler. When I addressed him as “barracuda” he grinned unremarkably and tugged on my Confederate hat, my symbol of early teen rebellion.

My father missed Spain after we left in March 1963. He reminisced often. We returned to Madrid in June 1964, stayed only a day, then boarded a two-prop Iberia Martin 404 for a two-hour flight to Valencia. The sunny air objected to us. “Cat,” my father said aloud. I looked but did not see a cat. “Clear air turbulence,” he explained.

On planes, I now think of cats.

From Valencia, we went to a resort called Gandia on the Costa Blanca. There, near the Hotel Bayren, I trawled for scorpions and hiked backward against the sea into illiterate mountains, nodding at peasants in soiled caps that gargled in dialect and sat near ponds of sulfurous water. I half expected to see a mammoth. I did see snakes, most already casually severed by hatchets.

In late June, during one of my solitary prowls, I stopped for a bottle of water, “Solaris” was the brand, at a local bar. The men and a few women ignored me and instead scrutinized a black-and-white television set on a wood table atop a mound of abused telephone directories. An electrical chord snaked off into the bar’s groin, which smelled of wine.

The crowd was there for the game, the European Championship final between Spain and the Soviet Union. Eighty thousand people had filled Bernabéu Stadium in Madrid, a few kilometers from my old home.

I’m not sure why — Confederate contrarians never know their own whys — but I decided to support the Russians. I liked their names, which I could not pronounce. I also liked that no one else liked them (Franco had pulled out of the tournament in 1960 rather than play the Soviets). When Spain scored in the sixth minute, the delighted crowd lurched. But a few minutes later a Tartar named Galimzyan Salikhovich Khusainov (what a wondrous sound, I thought!) equalized. I howled. I clapped my hands.

Astonishment was followed by jeers. “Communist boy!” said one man, pumping his fists. “Red boy!” shouted a woman, who wore an ivory necklace. “Idiota. Idiota,” they proclaimed in unison. By the time Spain won I was long gone. But I knew one thing for sure: I was now a Communist. Back in Washington, I even bought a red flag. I embraced The Beatles because they had a singer named Lenin, or so I thought.

Worse was to come.

In June 1966, my father hauled me to England. From London we took a British European Airways Trident (the seats faced the opposite from the direction of the plane) to Madrid. Again we went to Valencia. Again I cursed the cat.

This time I chased fire ants and played with the rusty hinges on the Bayren diving board. While my father read newspapers (some of them containing empty squares, where articles had been censored and excised by hand), I watched the girls on the beaches not sure exactly why they had suddenly become so annoyingly interesting. I was 12.

Was it the same bar? I’m not sure. Yet there I was on June 20 watching a World Cup match between Spain and West Germany. Spain needed a victory or a draw to advance. A confirmed sports communist, my loyalties were unsettled. I finally concluded Spain should always lose and decided to cheer the West Germans (West Germany, after all, was close to East Germany). The Germans also had the more provocative names: Seeler, Overath, Held. They sounded like determined carpenters. The game was played in Birmingham, England.

Again, Spain scored first and the sweating mob rejoiced. But the West Germans scored to draw even. Still a Communist, I curbed my enthusiasm. No such luck in the 84th minute. The game was 1-1 when Seeler scored. I yelped with pleasure.

In response I heard shattering glass. A man had thrown his pitcher to the floor. “Nazi!” he screamed. “Niño Nazista!”

The insults grew, and I left before the game ended — again. The West Germans won.

I was suddenly in a profound quandary. What was I, a Communist or a Nazi? How should a Nazi boy distinguish himself from a Communist boy? Why did games make people so angry? Why did crowds feel so deeply? Why so much passion?

I decided to turn away from sports. I began instead to watch the girls on the beach. By my 13th birthday I’d mostly forgotten about communism and Nazism. Something else was happening. In Washington, I put stored red flag in a cupboard and listened to “She Loves You” more carefully. I began to know what the song was really about. And respect Lenin all the more for singing it.