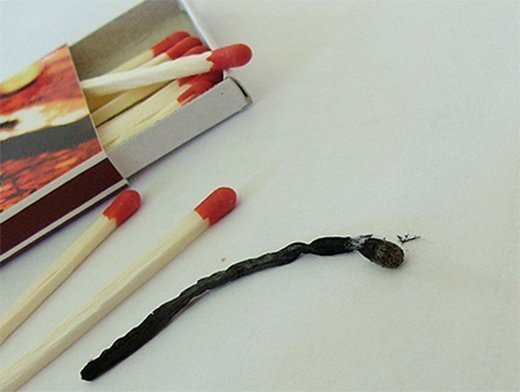 Once burned, twice shy? Sometimes it's not that simple….
L

ast week I took the stage with my partner as part of an acting class exercise. Everything went wrong.

It was so bad, that as the mental side of me watched the “creative” side of me crash and burn, it wanted to cut all ties between them.

Our teacher isn’t the quiet type. It didn’t take long before he asked us to stop. “Congratulations,” he told us, “You’ve destroyed the exercise.”

The comment was so tersely accurate that my first impulse was to cry, or maybe even sob.

If a doctor says you have advanced gangrene and the only way to stop the infection from spreading is to cut off your leg, you’re faced with a reckoning. This isn’t such a bad thing. At least you know what you’re up against.

So on one level, I’m, glad he didn’t mince words.

On another level, it forced me to think about what happens when we make mistakes. Mistakes are perhaps the most basic way humans learn. From infancy, we act, or lurch, and (assuming we’re still alive) swiftly learn from the consequences. Touch something hot and our skin is burned. Talk back to our parents and we are reprimanded. Mistakes are essential in helping us distinguish between advisable actions and those likely to bring harm or invite punishment.

Mistakes come in all shapes and sizes, as do the lessons they teach. Because they have value doesn’t mean you need to make a habit out of them. It just means you should never underestimate the importance of your response to them.

When we touch a hot iron and burn our hand, the takeaway ought to be “Touching hot things is a mistake because it hurts. Next time I’ll be more careful and assess the danger first and touch only if it seems safe,” rather than “Okay, this particular iron was hot, so when I see another iron, I’ll touch that one to see how it compares.” If mistakes are necessary to learn, then it’s also imperative to actually learn—and respond.

What I learned in my acting class is that I must refocus my acting and be more precise doing my exercises.

“Congratulations,” our teacher told us, “you’ve destroyed the exercise.”

There is one big caveat. Some mistakes can have very serious consequences that might not give you another chance to apply what you learn. So where do we draw the line?

For example, we once let our puppy run free near a lake. As the untrained dog got dangerously near the seawall, my mother, an experienced parent, was willing to let the puppy learn the hard way about chasing birds and getting too far away. But what if the puppy had fallen in and couldn’t swim? There would be no opportunity to come back from that one-time mistake.

I always thought the cruelest part of Prometheus’ fate wasn’t that the eagle would eat his liver, but that the gods would not let it grow back and let him show that he wouldn’t err again. That’s one reason I’m afraid of mistakes. I’m afraid I might not be able to learn from them, and then face eternal doom.

I once found a quote at a coffee shop (the ultimate quote venue) that said we don’t have time to repeat other peoples’ mistakes in life, so we should learn from them. Does that mean a lesson with consequences we haven’t felt ourselves is less effective?

Could we end up thinking, “Well, yes, that was a bad choice for someone else, but it won’t happen to me.” I imagine Hitler knew what happened when Napoleon invaded Russia and winter came. Yet he still decided to give it a shot, thinking things such as superior technology gave him advantages.

The quote is right though. How could humanity move forward if we didn’t learn from others? That would lead to an eternal cycle of futile repetition.

The real lesson is that mistakes are hard to pin down. And when my teacher called out my terrible acting, it was no mistake.