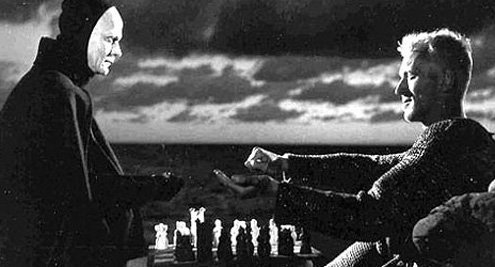 What happened, mortality wonders, to the good old days?
M

ortality can use a good week from time to time, one in which it can mock life “expectancy” and gargle on Scotch and wry proverbs. “If you want to make God laugh,” goes one, “tell him about your plans.” Mortality finds this hilarious. A good week indeed, a celebrity week: David Bowie, singer, 69, cancer; Alan Rickman, actor, 69, cancer; Glenn Frey, singer, 67, a cocktail of maladies;

No one of them got to a seven, let alone an eight. Three well-timed extractions to disprove the idea time is on anyone’s side and make hay of so-called cancer “survivors,” who rarely get anything more than a little extra pocket change, which soon runs out.

Mortality has been put upon in recent centuries, forced to kowtow to all manner of abhorrent scientific advances. It has been deprived it of a steady supply of expectant mothers, variously infected youth, and unending war dead. Gone are the times when three decades were average, and three mostly ugly ones at that — until “it,” death, came to the rescue, often made to seem enticing through the caprices of religion.

What happened, mortality wonders, to the good old days before medicine, before affluence, before “quality of life” and methods of prolonging, some so bereft of anything resembling life itself that even mortality, a purist when it comes to dividing lines, can’t bear to look the mummies it advertises. Here, thinks mortality, is a civilization that won’t relinquish its walking dead — bed-ridden, paralyzed — for no other reason than to suit a “life at all costs” vision upheld mostly by the still-healthy, by those for whom the bell has not yet tolled, who pretend even to be tone deaf.

Bowie, Rickman, Frey — three smart ones who got it. No outlandish protraction. No worry about the correctness of ciphers. For them, first sickness, then death, the certain and the common, what that man Nietzsche rather brightly (and correctly) suggested was the only sure “brotherhood” of the human future.

Mortality has recently endured listening to a word it doesn’t understand in absolute terms: options. What options? Ludicrous. And back to the funniest one of all, “survivor”: cancer survivor, AIDS survivor, all of them claiming (or told to claim) that they have beaten this or that. To what end, asks mortality? Why use beaten? Why not postponed, or delayed, or slowed? Why introduce the concept of a fight, which suggests battles and even triumphs, when neither winning nor losing figure in the least, only inevitability.

Mortality finds all this peculiar, just as it does platitudes, but that happens increasingly these days, as adults seem to grow backward into children, demanding greater security and protection and assurance and even health, when each passing year only naturally diminishes all of these things. Addition is only subtraction in disguise. Adults are life’s biggest babies.

Which makes a simple and fertile week all the more satisfying. Mortality can grin broadly, hoping order is gradually being restored, casting the net daily toward those who think they have a way out, or cleave to some clever postponement, a net that every day without fail brings in a great catch. Who else can claim sure sureness in the completion of a task? It’s trendy perfection.

Making a name for yourself, mortality knows, means dealing in batches, and never failing, something it’s always liked about its task, and its results — if only the sun itself didn’t have a shelf life, which gives mortality sulky pause, since it knows only to harvest humans, begging the question, “What then?”