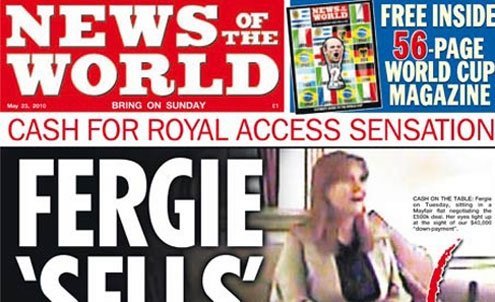 n late September 1978, the news agency for which I worked sent me to St. Peter’s Square to interview American passersby and pilgrims about the death of Pope John Paul I, who the previous night had suffered a massive coronary after a 33-day reign. Few I spoke to that mid-morning had any idea of what had happened. Most thought that I meant Pope Paul VI, who had ruled for 15 years through early that August. Those who’d heard the radio news were hushed, since this newest pope, to them, remained an unknown. His sudden disappearence was too difficult to digest.

I telephoned my editors with the news, expressing shy regret. They were unhappy and persistent. “Go back,” I was told. I did, with the same result. No one had a sensible sentence.

Returning to the agency headquarters empty-handed I got my first lesson in mainstream journalism, a vocation that is at once self-righteous and competitive. A well-written dispatch with American “tourist” reaction had already been sent to New York editors. It bore my name and included a mournful reminiscence by man from Schenectady “(I liked the guy for his smile…”) and dismay (“What a terrible thing!”) from a Chicago “teacher” — all of it forged from nothing. Where, I asked, had the news editor gotten all this information? I was told not to worry and to begin focusing on my next task. This I did.

Three years later I was a suburban reporter in Washington, D.C. when a woman journalist on assignment to write about increased drug use among poor black children got her hands on a talkative heroin addict named Jimmy. Her 1980 portrayal of the eight-year-old’s life and times — “Jimmy’s World” — not only captured public imagination but earned a Pulitzer Prize for the writer, Janet Cooke, and her newspaper, the Washington Post.

Soon, inconsistencies came to light. It became evident that most of the story had been a fiction, an embroidering of many interviews. There was no Jimmy, only a narrative that fulfilled the wishes of gullible editors who wanted Jimmy alive as much as Cooke needed him to shine. The Pulitzer Prize was returned and the city editor at the time, author Bob Woodward of Watergate fame, was forced to resign. Cooke was fired.

These slivers are useful in assessing the scandals now besetting the media empire of Rupert Murdoch, whose News of the World hierarchy apparently carried its search-and-publish mission into extremist territory. It broke and entered in an effort to remain competitive in a Wikileaks landscape that puts private revelations ahead of how they were obtained

As horrifying as it seems as first glance, the mood that precipitated the crime is anything but unprecedented.

Early tabloid journalism was aimed at political advantage and sales, an invitation to manipulation in an uninformed time (“Don’t spoil a good story with the truth,” went a saying). Yellow Journalism made up what it couldn’t confirm and conjured up the rest, something Evelyn Waugh parodied in his novel “Scoop.” Instant communication didn’t exist, making embellishment all the more important and ingraining “get the story” entitlement.

In 1979 a British tabloid published a news agency report I’d written about Italian politics and substituted one of their reporters’ names for my own. They “owned” the information, I was told. Honor depended on the news desk alone.

With the dawn of the Internet age, both shams and checks came easier. Inventions were more easily sold, and dismantled. Stephen Glass of The New Republic produced a slew of luminous half-truths before being caught, his “Jimmy” stylings too hard to turn down — at least at first. Contrition followed piecemeal. So did a movie.

The New York Times and the Washington Post labored through severe plagiarism scandals, the former dismissing a reporter, Jayson Blair, who, like Glass, had made up delicious plot lines. In a separate incident, the Post lost credibility when one of its better reporters failed to mention that key information for an important story had come from a stringer.

My own journalistic alma mater, USA Today, gave a reporter one-man global correspondent status. He soon came through with dispatches that seemed too good to be true. They were. He’d done what my news agency desk had in Rome of 1978 — invented scenarios and populated them with fictitious presences too attractive to spurn. Once exposed, the reporter, Jack Kelley, vanished from journalism, but not before the paper’s editor and a battery of associates were forced to resign.

Of late, online journalism has all but neutralized what’s left of ethical constraints. A Syrian lesbian in Damascus whose blog won applause — behold a brave woman in a repressive land, went the refrain — was embarrassingly exposed as a British man with time on his hands.

The lying has extended into mainstream publishing, where a number of authors have been forced to admit their nonfictions were really fictions or their narratives “borrowed” from obscure authors.

But while faking people and siphoning wholesale from the already-written is odious, it’s not felonious. The same can’t be said for the details of the Murdoch mess, which suggests a widespread conspiracy that included hacking and wiretaps with complicity of at least some authorities. Insatiably greedy, the News of the World used the amoral thinking built into to new media to rationalize overstepping propriety and personal privacy, the legislative protections that ironically act as a bulwark to shield reporters from official inquisitors. Stolen conversations were deemed more attractive than gussied up gossip. No objection made the rounds.

At the same time, the News of the World scandal isn’t just an abuse of power allowed by a complacent tycoon. It’s a culmination of sorts. The British press embellished for decades, so much so that white collar papers (The Times, Guardian, Telegraph among them) took snooty distance from their muckraking brethren (The Sun, The Mirror, The Express, The News of the World). But both sides, white collar and blue, indulged the sensational. Both used all means available to get and publish alluring stories. Some used only unethical means (paying or entertaining sources, for example), while others were consistently illegal (paying third parties for wiretaps or recorded conversations).

Over the last decade, the hard-earned ethical coherence that prized cumulative knowledge and fact-checking — vestiges of failing to see the Holocaust before it happened — has lost the few breaking mechanisms it once turned to for guidance. The “whatever it takes…” mentality can now include cheating since there’s no “good witch” to effectively police the distance between them.

In countries where national is media state-run or highly politicized, Italy included, the Murdoch scandal can seem hardly scandalous. News is seen to depend on the partisan allegiances that newspapers openly advertise. Italians accept a vaguer definition of truth, often informed by leaked wiretaps and the political bias that comes with them. Justice is incidental. The United States is turning increasingly toward a more Italian model, in which skeptics embrace only news sources that write or broadcast positions similar to ones they hold. All else is considered hateful or even biased in reverse.

While Murdoch may deserve his humiliation, making him into an aging bogeyman makes no account of the larger reality. Buffeted by reality television and social networking, daily journalism no longer knows to factor in a sense of crime and punishment. As a result, the vocation is headed backward to the “read-all-about-it” 19th century, an emotional time that resented exactitude and saw self-policing only in terms of hiring and firing. While digging into the lives of others to feed life’s excitement is an age-old human craving — part-empathy and part-voyeurism — the Murdoch scandal demonstrates the extent to which the media production line is no longer able to pull up short. The sober and the hysterical coexist.

The casualty is critical distance and objectivity, both founded on simple precepts: Get your facts straight, come to the getting honorable, and never exaggerate. The simple has become the daunting.