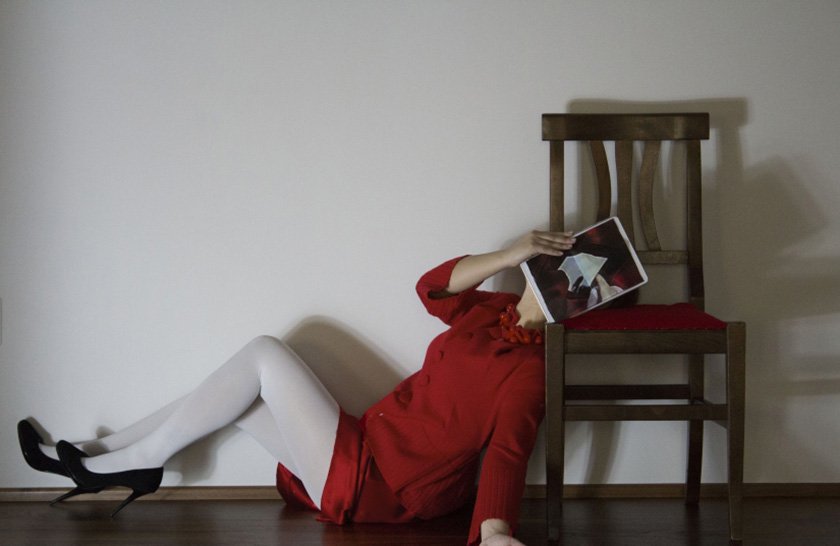 hate it when Rambo gets in trouble. Or Rocky Balboa. Yes, I know, they’ll get through it, but poor guys. They try so hard and people can be so mean. I cry. I really wish I could help them out.

Those are my thoughts on the coronavirus, which will not infect Rambo or Rocky, while I’m busy living it up in a locked up fantasy world which, I quite assure you, looks nothing like yours.

I have chandeliers above me. And 19th-century furniture to sit on. And I get up every morning to fetch croissants from our local bakery, which is very much open (so is the place that sells chocolates). Or maybe they open these places just for me.

I get up every morning to fetch croissants from our local bakery, which is still open.

I am, after all, a princess — or that’s how my photographer makes me feel. I’ve been locked up — or down — with him for an entirely wonderful month, along with a friend and fellow escort (and she is as busy as I am, borrowing his delightful visual gifts). And since he can’t go back to Chile and I can’t go back to England and my friend Gabby can’t make it to Buenos Aires, we make the best of it here in Seville, amid the beautiful curtains and curtain rods and wooden window sills and bedroom suites, one for each of us. This apartment-mansion would usually rent to upscale tourists for €2,000 a night. But there are no tourists to be found here or anywhere else, so the owners decided two beautiful women and a professional photographer weren’t such bad tenants and gave us the place for a tenth of that — for a month (soon to become two).

Suddenly, no men or dates needed, we’re in the lap of luxury, and Oscar, our photographer, more interested in his art than flirting. We spend a lot of time laughing, or crying, or talking about the fate of modern Chile (not looking good), while I take long breaks to buy the lingerie we wear for our shoots — which I promptly send back to wherever I ordered it from. We’re stylishly stunning, not because we’re paying for it, but just because we are (ask Rambo). As soon as we’ve worn the latest and Oscar has shot his heart out (250,000 images so far), I promptly tell the online suppliers what I got just wasn’t exactly what I had in mind.

It’s a welcome change from the game and all the PR hustle. Before Mr. and Mrs. Corona Virus, aka “The Reapers” dropped in (she preys on older men and calls herself Lethal Lolita), I was in Cannes with my friend Isabelle: two nights with a nice man in a nice hotel in warming weather. All seemed set for spring. Until the virus, husband and wife, invaded the premises.

Some escorts I know can’t afford to take the break I’m taking and are offering virtual dates for a fraction of what they’d make in person. It’s something, but not much, and is as impersonal as it sounds. But the game must go on. I, however, am thrilled to be in a position to sit this one out.

Suddenly, no men or dates needed, we’re in the lap of luxury.

We hit it off immediately, as is often the case between me and smart middle-aged men. It’s not sexual. Not in the least. He just has an eye to see me (with or without clothes) in ways I wouldn’t usually see myself, and he often captures me midway between joy and dread. It’s like being willing to be pierced by a golden sword. It cuts right through you and you feel it, the sound of the shutter makes you feel alive and in perpetual motion, truly in focus. Then come the images and you’re left standing there in wonder, asking yourself, “Is this really me? How can this be so beautiful, the colors, the pose, the elbow turned just so, the left breast exposed as if belonging to some Greta Garbo stepping out of her New York apartment after six months of solitude.

You amaze me, I tell Oscar, and he responds shyly and politely, telling what he has planned for the next shoot. We make a good team.

Now that Oscar’s flight home has been delayed by Lolita Corona, I suspect we’ll be at work in our Seville fantasy world for another month. And why not? The alternative, after all, is to let the awful tidings trickle in from the closed down outside world — no thank you.

In life you get to play princess for a day, or maybe a week, and on a date you can find yourself in the company of someone less than a prince, so I’ll take this for as long as it lasts, two beautiful women and one fine man in an apartment Bernardo Bertolucci would have used as movie set for “Laughter in Seville,” a movie he never got around to making.

But never mind Bernardo. I just hope Rambo gets out of this next fix alive and well. I know he has my number, but I also know he’s good at taking care of himself.

I just cry to let him know I care.